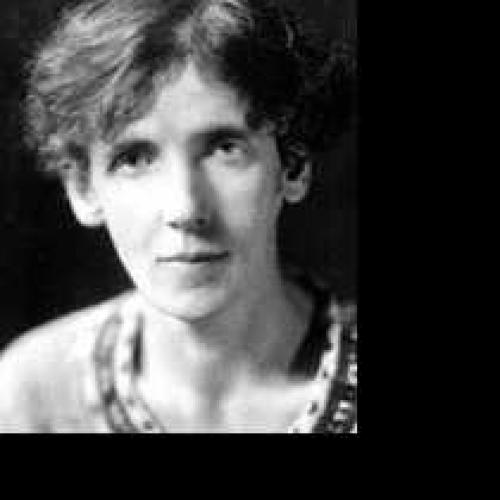 (Review of The Dream by H.G. Wells)

The dream was dreamed and related somewhere in the twenty-second century A. D. by one Sarnac, a scientist, who had cut his hand on some poisoned glass found in the two thousand-year-old ruins of the Simplon tunnel. A little feverish, Sarnac fell asleep and dreamed, in great detail, of the life he had led in the twentieth-century Age of Confusion as Harry Mortimer Smith, the son of a small green-grocer. On waking he related his dream to his friends, to the length of a novel, with every circumstance and detail of speech, action, and description. Even the dialect spoken by Harry Smith’s family and friends he rendered faithfully, and it was perfectly understood by his audience, who had perhaps, like Mr. Wells’s other Utopians, got beyond speech in any particular language, as they had got beyond clothes. They were rather irritating listeners, this posterity of ours, so noble and so bare; except for the difference in their attire, they must have been a little like the children in Mrs. Markham’s history. They sat round Sarnac and ejaculated at intervals, “Was it possible that people were really so grotesque as that?” or “But did people really believe such stuff?” and so forth. And they were called Sunray, Radiant, Firefly, and Willow, and they were purged from all evil human passions and made perfect in righteousness, hygiene, and scientific invention, and they walked the Alpine country unclad and never caught colds (Mr. Wells does not say whether the climate, too, had improved), and when the women bore children it was “a jolly, wholesome process.” And sex, love, and mating had been all beautifully arranged, and had become a simple, perfect affair, with no confusion, jealousy, or mistakes. “We, who walk in the light…” they said. It was no wonder that they ejaculated with surprised incredulity at this dark and confused world of ours.

It is, then, from this standpoint that Mr. Wells relates the story of his Harry Mortimer Smith. Omitting this particular setting, he has, of course, told it essentially before, the life-story of some pitiful, perplexed little scion of the lower middle classes, crushed by a world he does not understand. He has done it before with more humor, wit, and force. The phrases have a familiar ring. “Almost everybody was sexually angry or uncomfortable or dishonest,” and so on. It is a question whether the added “It is difficult to imagine it now” adds to its force. All one can say is that it adds a cheery note of optimism to the tale. The people are too familiar—even down to the university gentleman who splashes his cold bath about instead of having it. The green-grocer’s family are real enough, and amusing enough (though perhaps the green-grocer’s religious beliefs ring rather of the mid-nineteenth than of the twentieth century). The love story of Harry and Hetty wears, from being told as a memory of old, unhappy, far-off things, a quality of faintness and unreality which dims its tragedy. You never need to scratch a story by Mr. Wells very hard to find a tract, but usually the tract is so clothed in flesh and blood, wit and invention, that you can, if you like, take the story and leave the moral. In The Dream you cannot. Certainly Mr. Wells would not wish us to do so. And the moral is that in two thousand years, or probably much less, human beings will not only be still adorning this planet, but will have been made perfect. It is a happy thought. “A day when charity and understanding would light the world, so that men and women would no longer hurt themselves and one another.” So even that eternal (as it now seems) antithesis between altruism and egoism, between hurting oneself and hurting someone else, will be done away with. One wonders how. Will not even posterity have to choose between taking the most comfortable seats at a picnic for themselves and leaving them to others? (And, for obvious reasons, this question will be even more important to posterity than to us.)

Well, anyhow, that is the thesis. And, as to the story, Mr. Wells can never avoid being readable, and his readable-ness is not spoilt either by his thesis or by his occasional lapses from accuracy, though one feels that he ought to have ascertained the facts even about such minor details as the nature of the morning service held at high Anglican churches.