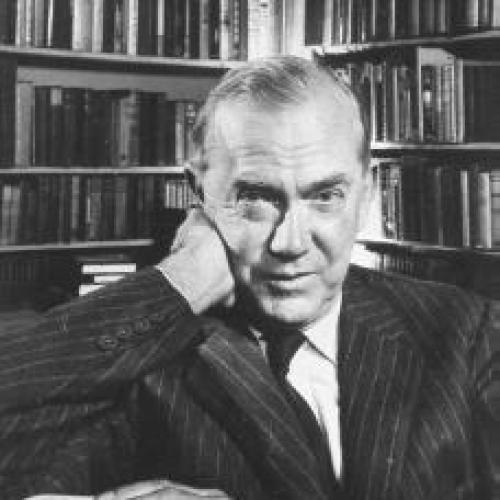 There are writers—Tolstoy and Henry James to name two—whom we hold in awe, writers—Turgenev and Chekhov—for whom we feel a personal affection, other writers whom we respect—Conrad for example—but who hold us at a long arm’s length with their “courtly foreign grace.” Narayan (whom I don’t hesitate to name in such a context) more than any of them wakes in me a spring of gratitude, for he has offered me a second home. Without him I could never have known what it is like to be Indian. Kipling’s India is the romantic playground of the Raj. I am touched nearly to tears by his best story, Without Benefit of Clergy, and yet the tears don’t actually fall—I cannot believe in his Indian characters and even Kim leaves me skeptical. Kipling romanticizes the Indian as much as he romanticizes the administrators of empire. E. M. Forster was funny and tender about his friend the Maharajah of Dewas and severely ironic about the English in India, but India escaped him all the same. He wrote of A Passage to India: “I tried to show that India is an unexplainable muddle by introducing an unexplainable muddle.” No one could find a second home in Kipling’s India or Forster’s India.

Perhaps no one can write in depth about a foreign country—he can only write about the effect of that country on his own fellow countrymen, living as exiles, or government servants, or visitors. He can only “touch in” the background of the foreign land. In Kipling and Forster the English are always posturing nobly and absurdly in the foreground; in Narayan’s novels, though the Raj still existed during the first dozen years of his literary career, the English characters are peripheral. They are amiable enough (Narayan, unlike Mulk Raj Anand, is hardly touched by politics), but hopelessly unimportant like Professor Brown in The Bachelor of Arts. How Kipling would have detested Narayan’s books, even that Indian “twang” which lends so much charm to his style.

‘Excuse me. I made a vow never to touch alcohol in my life, before my mother,’ said Chandran. This affected Kailas profoundly. He remained solemn for a moment and said: ‘Then don’t. Mother is a sacred object. It is a commodity whose value we don’t realise as long as it is with us. One    must lose it to know what a precious possession it is. If I had had my mother I should have studied in a college and become a respectable person. You wouldn’t find me here. After this where do you think I’m going?’ ‘I don’t know.’

‘To the house of a prostitute.’ He remained reflective for a moment and said with a sigh:  ‘As long as my mother lived she said every minute ‘Do this don’t do that’. And I remained a good son to her. The moment she died I changed. It is a rare commodity, sir. Mother is a rare commodity.’

The town of Malgudi came into my life some time in the early 1930s. I knew nothing then of the author who had recently, I learned later from his autobiography, thrown up a teaching job in a distant town and taken the bus back to his home in Mysore—back to the world of Malgudi—where without premeditation he began his first novel, Swami and Friends, without knowing from one day to another what was to happen to his characters next. I too was working, in a flat in Oxford, on a novel called It’s a Battlefield which I felt already doomed to unpopularity.

“Soon after morning coffee and bath”—it is Narayan in Laxmipuram—

I took my umbrella and started out for a walk. I needed the umbrella to protect my head from the       sun. Sometimes I carried a pen and pad and sat down under the shade of a tree at the foot of Chanundi Hill and wrote. Some days I took out a cycle and rode ten miles along the Karapur Forest Road, sat on a wayside culvert, and wrote or brooded over life and literature, watching some peasant ploughing his field, with a canal flowing glitteringly in the sun.

I was struggling at the same time to follow the movements of my characters through the streets of Battersea and Bloomsbury and along the reach of Euston Road. We had both been born under the sign of Libra, so if one believes in astrology, as Narayan, who once supplied me with my horoscope, certainly does, we were destined by the stars to know each other. One day an Indian friend of mine called Purna brought me a rather traveled and weary typescript—a novel written by a friend of his—and I let it lie on my desk for weeks unread until one rainy day…I didn’t know that it had been rejected by half a dozen publishers and that Parna had been told by the author not to return it to Mysore but to weight it with a stone and drop it into the Thames. Anyway Narayan and I had been brought together (I half believe myself in the stars that ruled over an Indian and an English Libra birth). I was able to find a publisher for Swami. and Malgudi was born, the Mempe Forest and Nallappa’s Grove, the Albert Mission School, Market Road, the River Sarayu—all that region of the imagination which seems to me now more familiar than Battersea or the Euston Road.

In the 11 novels which extend from Swami and friends to The Painter of Signs Narayan has never, I think, strayed far from Malgudi, though a character may sometimes disappear forever into India, like Rajam, friend of the schoolboy Swami, simply by taking a train. Year by year Narayan has peopled Malgudi with characters we never forget. In his second novel—a very funny and happy book—there is Chandran, little more than a schoolboy, whom we leave at the end of The Bachelor of Arts in a bubble of excitement at a marriage which has been arranged with the help of a dubious, even dishonest, horoscope. In his third book, The English Teacher, the marriage ends in death and Narayan shows how far he has grown as a writer to encompass the sadness and loss. In The Dark Room the screw of unhappiness is twisted further, the killing of love more tragic than the death of love.

Narayan himself had known the death of love, and The English Teacher is dedicated to his dead wife. It took some years before a degree of serenity and humor returned to Malgudi with The Financial Expert and his “office” under a banyan tree, with Mr. Sampath, the over optimistic film producer, the sweet vendor’s son Mali and his novel writing machine, Raman, the sign painter who was lured by love of Daisy from his proper work to make propaganda in the countryside for birth control and sterilization, the bullying taxidermist, Vasu, in The Man-Eater of Malgudi, perhaps Narayan’s best comic character.

Something had permanently changed in Narayan after The Bachelor of Arts, the writer’s personal tragedy has been our gain. Sadness and humor in the later books go hand in hand like twins, inseparable, as they do in the stories of Chekhov. Perhaps if we had read more closely we should have seen that the shadow had been there from the beginning. A writer in some strange way knows his own future—his end is in his beginning, as it is in the pages of a horoscope, and the schoolboy Swami, watching the friend with whom he had needlessly quarreled vanish into the vast unknown spaces of India, had already experienced a little of what Krishna came to feel as he watched his beloved wife die of typhoid. One is tempted to exclaim: isn’t the imaginative experience enough? Why should the author have had to suffer in himself the agony of his characters?