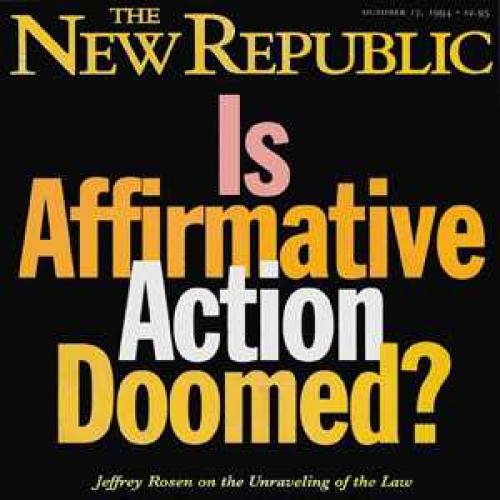 President Clinton isn't the only drag on Democrats in the midterm election on November 8. There's something worse: partisan realignment. The same trends that have given Republicans an advantage in electing presidents for more than two decades--an advantage George Bush frittered away in 1992--are now at work in races for the House of Representatives. What gop pollster Richard Wirthlin once called a "rolling realignment" is rolling again. And this, rather than dislike of Clinton, is the reason Republicans have a shot at capturing the House (forty seats needed) for the first time in forty years and at making House gop leader Newt Gingrich the second most powerful politician in Washington (behind the president but ahead of Senate gop leader Bob Dole).

For sure Clinton is no boon to Democrats. The rule of thumb is that when a president sneezes, his party catches a cold. But that would account for a loss of fifteen to twenty House seats at most, slightly more than the recent average loss (twelve) for a party in the first midterm after it takes the White House. But Democratic damage may be double the norm because the structure of House elections, which currently helps the Democrats, is crumbling. Under a string of Republican presidents, clever use of incumbency kept Democrats in office in conservative, gop-leaning districts, particularly in the South. Now, instead of a Republican to play off, Democrats are automatically linked to an unpopular Democratic president. Add to that the anti-Washington political environment, and incumbency is no longer an enormous asset. The result: roughly eighty of the 257 Democratic House seats are vulnerable, twice the normal number. Faced with a nasty re-election fight, many Democrats, again especially in the South, have retired, making their seats all the more vulnerable.

There's still more bad news for Democrats. The on-again, off-again drift in voter sentiment from Democrat to Republican has accelerated since Clinton took office. In Wirthlin's national poll in early September, 39 percent of voters identified with the gop, 38 percent with the Democratic party. That's a big shift from the months after Clinton's election in 1992, when Democrats held an eight- to twelve-point edge. Republicans, who trailed by twenty-three points before Ronald Reagan's election in 1980, almost achieved parity in the mid-1980s. Then the gap in party i.d. widened during Bush's presidency. Another critical measure is which party's congressional candidate the public intends to vote for. In recent years, generic Democratic candidates have held a six- to eight-point advantage. But in Wirthlin's new survey, voters favored generic gop candidates by 42 percent to 38 percent. "I don't remember that measure ever favoring Republicans," says Wirthlin.

Until this fall, Democrats thought they had short-circuited the gop realignment that began in 1968, and even generated a Democratic tide with Clinton's election. The Republican era, the theory went, produced gop presidents, plus a Republican Senate from 1980 to 1986. But the realignment, in Kevin Phillips' phrase, was "split-level," never reaching the House, governorships or state legislatures. And the Republican wave crested with Reagan and crashed with Bush. By attracting followers of Ross Perot and capitalizing on a new mood in favor of activist government, Clinton could forge a majority coalition. It hasn't worked out that way, though. The president has failed at wooing Perotists, and Perot himself has become an annoying critic.

Democrats were also breathtakingly wrong in reading the public mood. They bought the line of historian Arthur Schlesinger Jr. that Clinton's election marked "the arrival of a new liberal phase." Schlesinger has popularized the idea of a thirty-year cycle in American politics: twenty liberal years in which large public purposes are stressed, followed by ten years of " conservative restoration" when private interests are paramount. Shortly after Clinton's election, Schlesinger wrote in The Wall Street Journal: "Soon, if the usual rhythm holds, the liberal tide, in the 1990s as in the 1960s, will run in full flood."

What's running in full flood is a conservative tide. Instead of craving comprehensive programs such as health care reform, the public distrusts anything Washington produces. In 1958, 73 percent of the public said the government in Washington could be trusted to do what is right most or all of the time. In 1980, only 25 percent believed that. And in an August survey by gop pollster Frank Luntz, only 2 percent said they trust the federal government. In this climate, Republicans are in the driver's seat.

In fact, Republican consultant John Morgan has compiled a list of nearly sixty "Republican" House seats--where voters favor Republicans in presidential and many statewide races--that are held by Democrats. This year Republicans have a shot at winning half or more of them. "The door is open," argues John Pitney, a political scientist at Claremont McKenna College who has chronicled the woes of congressional Republicans. "Ironically, what pushed it further open is losing the White House." Instead of subordinating themselves to a gop president, as congressional Republicans were forced to do from 1980 to 1992, they're free to forge their own identity. It's a negative one--anti-Washington, anti-Clinton, anti-tax--but then midterm elections often turn on voter dissatisfaction.

In ten of the sixty seats, Democratic incumbents are retiring, virtually handing the districts to Republicans. Democrat Earl Hutto is quitting the Florida seat he has held for eighteen years, a district that gave Bush 73 percent of the presidential vote in 1988 and 51 percent in 1992. Naturally, whichever Republican wins a primary runoff on October 4 is favored to succeed Hutto. In the South Carolina seat being vacated by Butler Derrick, gop State Senator Lindsey Graham is expected to win. Bush got 66 percent there in 1988, 51 percent in 1992. The Georgia district Roy Rowland is leaving points out another Republican advantage. Bush got only 45 percent there in 1992 (Clinton got 40 percent), but reapportionment created two black districts, partly by grabbing reliably Democratic black voters from Rowland. His district's voting population was 36 percent black in 1990, but only 21 percent in 1994. Rowland is probably the only Democrat who could win the new district. There are similar stories in North Carolina, Mississippi and Tennessee.

Democratic incumbents running in conservative districts normally hide their ties to the national Democratic Party, but that's difficult with a Democrat in the White House, as Martin Lancaster found out. Lancaster, who represents rural North Carolina, conferred with the White House on health care and a possible tobacco tax, only to find his contacts recounted in The Agenda, Bob Woodward's book on Clinton's first year. Lancaster was promised that any proposed new tax on tobacco would be matched by a tax affecting some other region. The promise was fudged. A Republican consultant, Mark Rotterman, littered the district with copies of the five paragraphs in The Agenda on Lancaster's deal with Clinton. Lancaster, who also lost a chunk of black voters, has no better than a fifty-fifty chance of re-election.

"The earth, the moon and the stars are all aligned" for Republicans, says Wirthlin. "It makes me a little nervous." It should. Republicans are given to wretched excess in campaigns. They've already overdosed on Clinton-bashing and anti-government tirades. If they win fifteen House seats rather than thirty to forty, that will amount to blowing the election. And this time, they will have only themselves to blame.

Fred Barnes is a former senior editor and White House correspondent for The New Republic. Barnes founded The Weekly Standard, along with William Kristol and John Podhoretz, and serves as its executive editor.