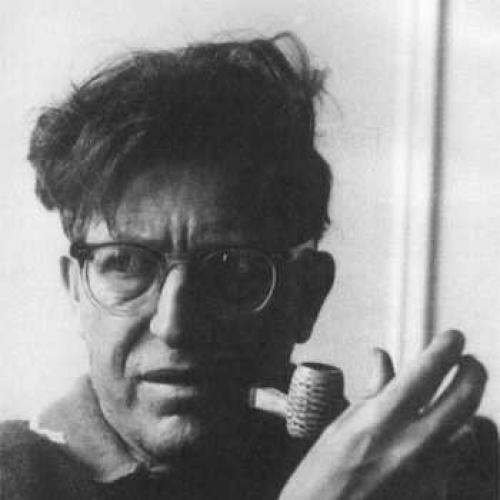 In 1900, 6.4 percent of American 17-year-olds graduated from high school, and perhaps another 10 or 15 percent would have graduated if they could have afforded it. This was not prestige-schooling, for only one in 400 went to college. Now who, in 1900, were the other 93.6 percent? They were not called dropouts; they went on to every career, from shopkeeper, mechanic and farmer to big entrepreneur, author, politician, and including engineer, architect, and even lawyer. My guess is that those who stayed in school, or would have stayed, were approximately Dr. Conant’s 15 percent of the “academically talented.” Obviously with such students there would be no problem of blackboard jungles. The curriculum that they were taught was conservative but it could experimentally evolve; it was culturally valuable in itself and also tended toward college entrance, hopefully for more and more students, as society could progressively afford it.

In 1960, however, 60 percent of American youngsters were graduating from high school; and the others were now “dropouts.” What occurred during this expansion? We merely, as usual, took an existing framework and aggrandized, standardized and bureaucratized it.

By and large, until, say, 1945, the expansion was fairly harmless. The underlying motives were noble, benevolent, or at worst foolish: a democratic ideal, the need to occupy the young increasingly excluded from the labor market, the quest for prestige. Certainly the affluent society could afford keeping the kids in school. The academic types were probably not much hurt—smart kids can adjust to anything, except being debauched by base rewards. And so long as the attitude was easy-going, the others did not suffer more than boredom. Unfortunately, however, there came to be established the misconception that being in school was the only appropriate way of being educated. Academic talent, the ability to profit by going to school, is a special disposition, neither better nor worse than any other. It does require good intelligence; yet high intelligence, grace and inventiveness need not be academic at all. A school is fundamentally a box with seats facing front. (Visiting the schools as a member of a local board in New York, I found that the desks were no longer bolted to the floor, but they were still nicely lined up as of yore.) School implies studying and a long attention span, and it demands a verbal and book-loving disposition. “Curriculum” is, in principle, a set of abstractions from actual industries, arts, professions and civic activities, and these abstractions are brought into the school-box and taught. A good academic can, without altogether losing spirit, spend years working on such abstractions, which are of course fascinating in themselves if well organized and well analyzed. Yet for the majority of adolescents academic routine is time-wasting, unreal, dispiriting, desexualizing and destructive of initiative; and it is resisted by the usual devices of sabotage, by “sub-culture” and—on the part of the highly intelligent—by “underachievement,” for they do not want to “achieve” in this way.

Suddenly in the past decade, however, there has begun a fantastic overestimation and bribery of the scholarly disposition, which has snowballed since Sputnik. It is a moral, emotional and intellectual disaster. Instead of the previous easy-going pace—with “enrichment”—that was generally tolerable though rather stupid, there is strict grading, unscholarly speed-up, fierce competitiveness. The majority are entirely sacrificed for “education”; all must go to school—or drop out of the economy.

The damage is universal. Intelligent youngsters, whether bookish or non-bookish, can of course perform, but for the non-bookish the performance is a second-best activity and the achievement is fraudulent. The slower are tormented and humiliated. But in my opinion, the authentically scholarly are even more injured; the competition, the speed-up and the rewards create false values and destroy the meaning of their gifts. The studies are no longer presented as though they were intrinsically valuable. Bright youngsters “do” Bronx Science in order to “make” Harvard; but of course they also “do” Harvard. In fact, the motivation of society is narrow and anti-intellectual; it is to give, at public expense and eventually at the parents’ expense, apprentice-training for the corporations and the armed forces. President Kennedy, in his 1963 message on education, explained to us the motivation to explore the unknown: it is “for economic, military, medical and other reasons”! (A professor of astronomy at Yale complained to me that, though his students included many excellent mathematicians who had “mastered” the subject, not one of them would be a good astronomer. How was that? “They don’t love the stars,” he said.)

Even if the speed-up, etc., were the social need, it is unnecessary. Given a decent atmosphere, the academically disposed will perform anyway, without the grading and competition. The creative, whether in the arts, sciences or professions, do not especially thrive by formal schooling; for some it is useful, for some it is harmless, for some it is hurtful. Hopefully, an increasingly automated industry will require fewer, not more, second-rate-academic clerical and technical performers. The majority are being cruelly miseducated and hoaxed; they will not get jobs relevant to what they have been put through. Dropouts are cajoled by the promise of future rewards; but what if these amount, finally, to an increment of $5 a week—is it worth the torture? Would a kid not be wiser to choose the streets, if only they would stop making him feel worthless?

As things are set up, of course, there is no alternative, there is no future for those without the school diploma. The urban poor must fight for better schools which will not fit most of them; rural youth must go to central high schools which are a waste of time for most of them, while they lose what competence and culture they have, that might have been developed into something useful; middle-class youth must compete and be tested to death to get into colleges where most of them will only cynically or doggedly serve time. The entire effort of serious educators ought to be to explore and invent other ways of educating than these schools, to suit the varieties of talent and to meet the needs of a peaceful future society where there will be emphasis on public goods rather than private gadgets, where there will be increasingly more employment in human services rather than mass-production, a community-centered leisure, an authentic rather than a mass-culture, and a citizenry with initiative rather than one increasingly bureaucratized and brainwashed.

The most plausible expedient for expanding education is to create enterprises that fulfill social necessities and can also be educational opportunities for youngsters. These would provide alternative choices instead of further schooling, and we could spend on them some of the money now misused for schools. (It costs $750 a year to keep a youngster in a New York high school.) There are plenty of educative opportunities: improving 50,000 ugly small towns; youth work camps in conservation and urban renewal; countervailing mass-communications with hundreds of little theaters, little radio, local paper; technical apprenticeships within the industries, paid by public and corporation, with the aim of making workmen who understand what they are doing and can be inventive; subsidizing small farms, to make them economically feasible and reverse the rural ratio to something nearer 30 percent, instead of the present absurd 8 percent; community service like Friends Service and Peace Corps. In such concrete activities, directly useful in society, millions of youth could find educational opportunity more tailored to their needs. Are they less cultural than the average classroom for the non-bookish kid?

Probably even more important educationally, adolescents could then try out, instead of being stuck on the present inexorable 12- to 16-year ladder of lessons and recitation (really a fantastic situation). Many “late-bloomers” might then choose to return to more formal academic study, their spirits not having been permanently blighted by schooling that was inappropriate to them and that they went through unwillingly. (The advantage of this was evident among many on the GI-bill between 1945 and 1950.) For many others, who have chosen work-camps, farms or paid apprenticeships, but who then want a more liberal experience, we could copy the Danish Folk Schools designed for ages 18 to 25.

To sum up: all should be educated and at the public expense, but the idea that most should be educated in something like schools is a delusion and often a cruel hoax. Our present way is wasteful of wealth and human resources and destructive of young spirit. The better way is to expand social needs that are also opportunities for education appropriate to different dispositions. Of course what I am here proposing involves a radical change in our present false standards of prestige, status and salary; it would be opposed by government, corporations, labor unions, and even the present urban poor who would consider themselves downgraded. It would certainly deflate the education business and require very different educators.