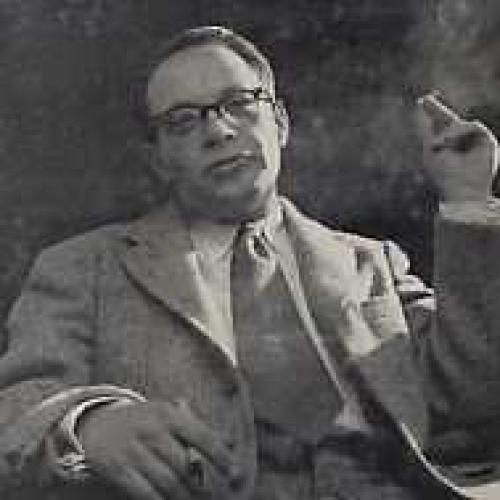 A review of Between the Dark and the Daylight, by Nancy Hale.

A novelist’s short stories often stand in a revealing relation to his major work. The scale is reduced, the writer practises an economy wherein he is forced to proceed without cover, exposing himself at every turn. Thus his method, which in a larger work is often obscured by space and time, here plays a distinctive role—in Nancy Hale’s stories, the dominant role. Her stories are all method. Reading “Between the Dark and the Daylight,” you will understand precisely where and why her best selling novel, “The Prodigal Women,” failed.

Her method is largely an academic, unoriginal adaptation and attenuation of the professional short-story form too much in vogue these days. She conveys her effects by measuring them in advance, calculating the stress each point can safely bear. Thus: an introduction must be brief, concrete—a few objects, a house, a tree, an observation, are enough. Then on with the story—a few strokes set the limitation of the heroine’s personality within which the developing conflict or narrative will obediently keep its bounds. The climax is secured through a summary of psychological strains, a suggestive recapitulation, emerging in a moment of capture, resolution or breakdown, then underscored with a line, a perception, a thought.

These are well formed stories—and one of them could serve as a model for a short-story course. But none is satisfying, for none is freely expressed. The form of these stories is not so much a form that has been mastered as one that masters, controls, determines, like an a priori category, the perceptions and the emotions, which may enter it. Miss Hale writes under the onerous obligation of meeting her own requirements.

The stories in “Between the Dark and the Daylight” deal with the anxieties of children, the lushness of adolescent life, and with women, young and old, unhappily married, insane, defying the conventions, rejecting society, making an effort to break through the lies and brutalities of their middle-class surroundings and emerge free and true. But while Nancy Hale’s rich subject matter is one of intense conflict, her treatment is almost purely neutral; the modern tradition of restraint (which has made a virtue of repression), keeps her from committing a single passionate act while she writes. A writer’s access to character may be facilitated if he can suspend moral judgment; but not if he lacks it. Miss Hale’s preoccupation with surface, with the mere texture of narrative, suggests this lack. In her stories the surface tension mounts, as in a glass, reaches its climax, breaks, spills over—but at no point is it more than water.

The title story is perhaps the best. Treating of a young girl (here her method finds its most appropriate expression), she captures the conflict between an adolescent’s desire to return to childhood and her awakening to the sexual world. The young girl gets out of her sick bed where, in fancy, she had nostalgically recovered the buried but warm self-center of her childhood, to sip a soda with a girl friend. She is conscious of the drug-store cowboys’ stares, and is pleased. Sipping, her soda, she knows she can’t turn back to childhood; sensing the young men about her, she no longer wants to. This story is written with the adequacy of perception which always takes on a dimension of truth. The conflict is seen, the moment is captured and held. But, simple as this perception is in its appeal to sensibility alone, it requires a strong, a passionate sensibility to sustain it. Nancy Hale’s sensibility is formal.

This weakness kept “The Prodigal Women” from attaining the pitch of realization at which it would have become more than good writing, more than competence. The conflict and the suffering were there, the perceptive flashes, but not the great sensibility itself which can fill a page of Conrad with revelation. Judgment, the artist’s personal passion, was absent—the inward struggle toward affirmation which makes even Dreiser’s sketchier and clumsier stories monuments of an individual’s growth. Only once, in “Between the Dark and Daylight,” does one encounter perception at this level (in a story of insanity, “Who Lived and Died Believing,” which she treats on the whole with intimate though too literary a feeling): “Hell is not heat or cold, it is banishment to the ultimate ego.” The rest of her work is lost in a clarity which throws no relief, a smoothness, an order so regular it would be destroyed by growth.