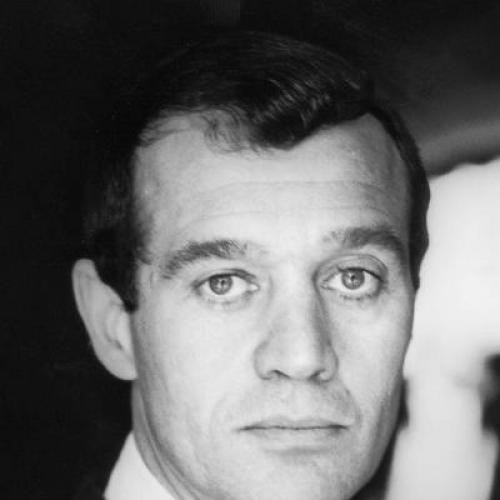 In his autobiography, Frank Harris tells us that J. M. W. Turner had done hundreds of paintings and watercolors of the female genitals. Supposedly, they were discovered after his death by his priggish executor, Ruskin, and burned. If all this is true, the world might well mourn the loss. What a marriage of artist and subject! Just think what the man who painted Sun Rising through Vapours might have achieved. Imagine the opening at the Museum of Modern Art.

I bring this up because in John Updike’s Couples—which is about the sexual shenanigans of ten married pairs in an exurban town outside of Boston—we have a curious parallel. If anyone had asked me which contemporary American writer was best equipped to write a definitive description of love and sex, if he so desired, I would unhesitatingly have said Updike. He, of all people, might have been expected to make this elusive subject effable. His obsessive extensions of observation, his indefatigable tuning of language, his almost feminine talent for nuances of feeling and fugitive threads of consciousness—all mobilized by a rich and confident masculinity—uniquely qualified him.

And then literature today is altogether more ripe, more ready for such an assignment than painting was in Turner’s time. After Freud, after Kinsey, after Malinowski and Essalen; after intra-vaginal movies of female orgasm and electrocardiographic records of coitus; after the recent flood of books running the gamut of sexual expression and the correspondingly increased willingness—even eagerness—of people to talk about their sexual experiences, both writer and public ought to be sufficiently primed.

Surely, one feels, all this research and innovation ought to have some positive issue. Centuries of repression must have incubated something worth saying about the subject, now that we are prepared to say it. There should be some compensation for all the dull and offensive writing about sex that we’ve suffered since this Pandora’s box was opened to the reading public a decade ago.

And so we come back to Couples, and the inescapable fact that it is disappointing. Eight years after the impressive Rabbit, Run, with the virtual guarantee of Updike’s maturing talent in more recent stories like The Music School and Marching through Boston, it is terribly disappointing. Updike writes about sex no better than most and less well than many. Here is a sample: “his shaggy head sank toward the ancient alleyway where, foul proud queen, she frothed most.” Why ancient alleyway, as if she were a thousand years old? Why foul proud queen? And where else does she froth if she froths most there? Another example: “Lazily she fellated him while he combed her lovely hair.” Is fellated the language of either love or sex? Updike periodically lapses into words like fellate and phallus, as if he were uneasy in his new freedom. And all too often the sexual act is armored in metaphors that, like a condom, insulate his characters from true feeling.

Perhaps, like pain, physical pleasure leaves no memory. But even if this were so, there is more to sex than that. In fiction now, we’re plagued with hundred-page “mind-expanding” psychedelic trips, rehashed in paroxysms of bad prose: is sex such a poor relation, such acountry cousin, that nothing can be said for its metaphysical concomitants? Isn’t there a purely psychic gratification here too, one that escapes the movie cameras and electrocardiographs, but that words can hope to catch?

Where sex in D. H. Lawrence’s works was passionate, heroic, mystical, even religious, in this book of Updike’s it seems only an antidote to boredom and emptiness—a negative activity. The Fox and the famous rabbit scene in Women in Love dramatized the mystery of sexual magnetism. Couples’ mysteries all too often center on how breasts will hang or spread, on whether a woman will be dry or wet, will “fellate” or not fellate.

For a brilliant example of the power and the glory that literature can bring to sex, I’d like to mention the love of Hans Castorp for Clavdia Chauchat in The Magic Mountain. Because Castorp is too bourgeois to approach the sophisticated and bohemian Chauchat, he sublimates by reading biology books. Through a lover’s eyes he sees the whole panorama of evolution—from primordial virus to present-day man—as mere preparation for the apocalyptic moment of his passion. When he tells Chauchat of his love, he describes it, in the terrible depth of his feeling, as a blending of the death instinct and the pleasure principle. In a virtual definition of love, a fusing of physiology and poetry, he pleads with her in textbook French to let him press his fevered lips to the femoral artery that throbs in the front of her thigh. To complete the metaphor, Chauchat gives him an X-ray photograph of herself as souvenir of their night together.

Compared to this, Couples doesn’t even scratch the surface. In fact, Updike doesn’t seem to have tried to go below the surface. You might say that he stacked the odds against himself with the very choice of his protagonist, Piet Hanema. Love and sex are only as interesting as the people who embody them, and though Updike relentlessly force-feeds Piet’s sensibility, beyond all belief, he remains a fornicator, not a lover. Not even a very interesting fornicator.

The reasons for this may reach beyond the author into the roots of Western culture. With very few exceptions, we have no grand celebrations of male eroticism—the only example that comes readily to mind, in fact, is Michelangelo. While female eroticism is fully celebrated in paintings, poetry and fiction, men have been largely condemned to the role of catalyst, to a tightlipped Hemingway terseness or to the clichés of conquest and genital competence. Perhaps Theodor Reik touched on one of the reasons for this when he said that most men are terrified of tenderness.

Significantly, the only really persuasive sexual scene in Couples is the one shared by Piet’s wife Angela, whom he has callously sacrificed to expedience, and the disgusting and impotent dentist Freddy Thorne. Although Angela usually refuses her ever-ready husband’s advances, with Freddy she is tender, deliciously seductive, quintessentially female. We may have here a clue to the nature of the problem: perhaps only the failure of sex leaves the author something he can sublimate into art; perhaps it has a soft appeal that remorseless success can never equal. To err is human.

Though Couples has ten married pairs to play with—suggesting endless permutations and combinations—they actually offer very little variety. A soupçon of sado-masochism, a hint of homosexuality, a smidgeon of frigidity, a rash of adultery, and that’s about it. But even within these limits, it’s difficult to believe in these characters. In presenting their  wife-swapping without any qualifying comments, the author implies that they are typical, but you need only look around you—or listen—on any commuter train to doubt this.

The Updike who in his short stories showed himself to be virtuoso of symbolism has here—in 458 pages—served us very meager fare, a banquet of leftovers. Atop the church in his town of Tarbox there is a weathervane, alternately referred to as bird or cock. These two bad puns attempt to impose a meaning on the book’s random couplings. When the church, right on cue, goes up in flames, the couples all give up adultery and settle down to bridge and conformity. The bird or cock is brought down from, the gutted (gutless) church—school children are given the day off to witness this—and re-erected on its successor, a modern poured-concrete building. Sex is brought low, tamed andtaught in schools: sin is dead, to be replaced by the secularized fairweather bonhomie of the contemporary church.

After reading Couples, one almost feels that, tired of being called precious, Updike has tried to become one of the boys, to talk out of the side of his mouth and pour his rare wines into a paper cup. He shouldn’t have. American fiction would be far better served if the boys were to join him.