You are using an outdated browser.
Please upgrade your browser
and improve your visit to our site.
Skip Navigation
A better plan to save Social Security. 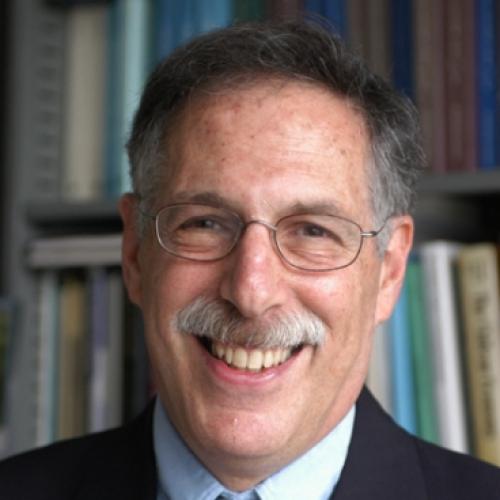 Until recently, the proponents of transforming Social Security into a system with private investment accounts tended to dismiss their critics as old-fashioned ideologues unwilling to face the reality that Social Security was in financial trouble. But a suddenly volatile stock market has won the critics a more serious hearing. After all, one of the problems with transforming Social Security into a system of private investment accounts is that it exposes individuals to more market risk: if you've sunk all of your money into stocks, and the market dips right when you retire, you could lose a lot of money.

And yet the privatizers are right about one thing: the stock market can indeed help forestall the financial crunch that will hit Social Security sometime after 2030, at which time the Trust Fund's reserves and incoming taxes will be sufficient to meet only three-fourths of the obligations to U.S. retirees. Right now, the government invests its Trust Fund surplus exclusively in Treasury bonds. But, over the long term, Treasury bonds yield significantly lower returns than stocks or corporate bonds. If some of the Social Security surplus were put into private-sector securities, the extra revenue would make it easier to keep Social Security solvent.

But privatizers claim that individuals will make better investment decisions on average than the government will, and they warn that allowing government to invest the money would give the government control over too large a portion of the economy, thus opening up the Trust Fund to political manipulation. So far, this line of thinking has carried the day. And the individual-account proposal remains a live option at the White House, which has yet to release its detailed Social Security plan.

Yet concerns about direct government investment seem unfounded. We can provide a structure that would insulate the Trust Fund from politics and protect the economy, while capturing the market's higher returns to boost Social Security. And, since administrative costs for one large fund are a tiny fraction of those for 150 million individual accounts, the return to Social Security would actually be much better.

One model for such a structure is the Federal Reserve system. Designed to make independent monetary policy, it has three key features. First, members of the Board of Governors are appointed for long, 14-year terms. Second, neither the president nor Congress can remove the members of the board just because either one disapproves of the monetary policy. Finally, the Fed uses its own revenue from the return on the assets it holds to pay its operating costs, so it does not have to rely on Congress to appropriate money each year. The protections work, and it should be possible to create a similarly independent institution to make decisions about investing the Social Security Trust Fund.

The other model institution is the Thrift Savings Plan (TSP), which Congress set up a dozen years ago for investing the retirement savings of federal employees. It has all the protection features of the Fed, plus a few more. For example, by law, the TSP can invest only in index funds, run by private fund managers, and selected by competitive bidding. The TSP is not allowed to exercise its shareholder voting rights; rather, the private manager holds those voting rights on shares, and it commingles TSP funds with those of private investors.

In addition, the fund manager--again, by law--has a strict fiduciary duty to manage the fund solely in the interest of its investors. The TSP board and its executive director are named fiduciaries, who must, in turn, act prudently and solely in the interest of participants and beneficiaries in the program. As is the case with the Fed board, the TSP board can't be fired at the whim of Congress or the president. Board members must have expertise in pensions and investing.

To further insulate the Social Security Trust Fund from politics, the law establishing a new investment system could mandate that the Trust Fund not hold more than a certain percentage of any corporation--maybe ten percent for starters. (Whether this constraint would even matter would depend on how much the market grows relative to the Trust Fund. If the market does very well, the constraint won't matter.) The law could empower the new investment board to inform Congress and the public about any legislation that might adversely affect the Trust Fund; the Senate could expand procedural rules that now protect Social Security from legislation that would use its revenues to finance changes in the non-Social Security budget. A supermajority in the Senate could be required to pass legislation that the board declared would harm the long-run financial viability of the Trust Fund.

If this sounds unrealistic, consider how well the TSP has worked for its members. By holding the S&P 500, the TSP has gotten a high return on its investment. It has done so with considerably lower administrative costs than the typical 401(k) account--and without political interference. In other words, the TSP seems like a perfect model for the Social Security system. So well has the TSP worked, in fact, that it might be worthwhile to consider having a new Social Security investment board hire the TSP overseers to handle its investments.

What about the other half of the privatizers' argument--that individuals will make better investment decisions than the government? Although many people find such logic intuitively convincing, the opposite is more likely to be true.

The vast majority of the public has little experience or understanding of the principles of investment. Survey after survey has shown that even most investors don't fully understand basic investment principles. Appreciating the advantages of diversification, understanding a risk-return trade-off, distinguishing between real and nominal returns--all of these require education, and education is expensive. Merely sending a pamphlet to every worker will not accomplish much. (You could mandate that workers choose from a limited set of investment choices, but then what's the point of having individual accounts in the first place?)

Individual accounts need individual managers, and the managers charge fees. Administrative fees will eat into benefits, and, over time, the impact of even seemingly small fees can be large. For example, an annual maintenance charge of one percent, roughly the average for mutual funds, would eat up about 20 percent of the system's benefits over a typical beneficiary's 40-year working career. So beneficiaries would lose out, unless they invested far better than government would have. Privatizers insist that's possible, but it's common Wall Street knowledge that, over the long term, index funds, which the government would be using exclusively, outperform all but the savviest and richest investors.

So Trust Fund investment in stocks and corporate bonds is good for Social Security, but what would it mean for the economy as a whole? Actually, it would have a positive effect: if the Trust Fund buys private securities, it will have fewer Treasury bonds than otherwise. Thus the first impact of a change in portfolio policy would be that the public, that is, individual investors, would end up holding less in private securities and more in Treasury bonds.

To be sure, this would happen in any system that hitched Social Security to the stock market, whether through individual accounts or through a government body, because money flowing into individual accounts instead of the Trust Fund would not be available for buying Treasury bonds. But, just as private securities bring greater profits, they entail greater risk. And, over the long term, Social Security as a whole can--and will--tolerate more risk than individual investors will collectively. After all, the stock market might fluctuate, but the large Trust Fund will have enough reserves to cover short-term dips. So, in effect, by investing in private securities on behalf of workers, the government would increase the pool of people sharing the risks in the economy.

This is good for Social Security because the riskier investments bring higher returns over the long run. It is good for the economy because it lowers the cost of bearing risk, making it less expensive to finance private investment. And, since direct government investment is good for individual citizens, too, it makes a whole lot of sense--no matter what the stock market does tomorrow.

Peter Diamond is institute professor and professor of economics at MIT.