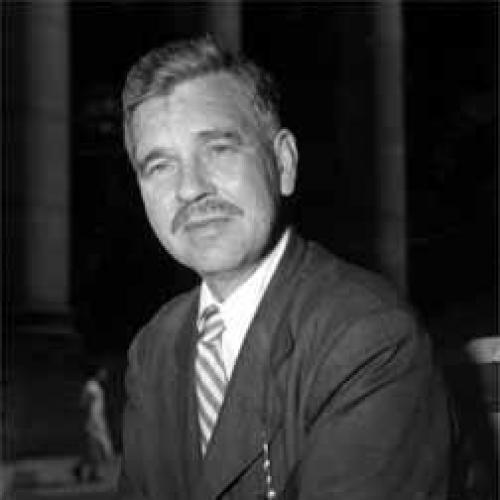 “Native Son” is the most impressive American novel I have read since “The Grapes of Wrath.” In some ways the two books resemble each other: both deal with the dispossessed and both grew out of the radical movement of the 1930’s. There is, however, a distinction to be drawn between the motives of the two authors. Steinbeck, more privileged than the characters in his novel, wrote out of deep pity for them, and the fault he had to avoid was sentimentality. Richard Wright, a Negro, was moved by wrongs he had suffered in his own person, and what he had to fear was a blind anger that might destroy the pity in him, making him hate any character whose skin was whiter than his own. His first book, “Uncle Tom’s Children,” had not completely avoided that fault. It was a collection of stories all but one of which had the same pattern: a Negro was goaded into killing one or more white men and was killed in turn, without feeling regret for himself or his victims. Some of the stories I found physically painful to read, even though I admired them. So deep was the author’s sense of the indignities heaped on his race that one felt he was revenging himself by a whole series of symbolic murders. In  the pattern is the same, but the author’s sympathies have broadened and his resentment, though just as deep, is less painful and personal.

The hero, Bigger Thomas, is a Negro boy of twenty, a poolroom loafer, a bully, a liar and a petty thief. “Bigger, sometimes I wonder why I birthed you,” his pious mother tells him. “Honest, you the most no-countest man I ever seen in all my life.” A Chicago philanthropist tries to help the family by hiring him as chauffeur. That same night Bigger kills the philanthropist’s daughter—out of fear of being discovered in her room—and stuffs her body into the furnace. This half-accidental crime leads to others. Bigger tries to cast the blame for the girl’s disappearance on her lover, a Communist; he tries to collect a ransom from her parents; after the body is found he murders his Negro mistress to keep her from betraying him to the police. The next day he is captured on the snow-covered roof of a South Side tenement, while a mob howls in the street below.

In the last part of the book, which is also the best, we learn that the case of Bigger Thomas is not the author’s deepest concern. Behind it is another, more complicated story he is trying hard to explain, though the words come painfully at first, and later come in a flood that almost sweeps him away. “Listen, you white folks,” he seems to be saying over and over. “I want to tell you about all the Negroes in America. I want to tell you how they live and how they feel. I want you to change your minds about them before it is too late to prevent a worse disaster than any we have known. I speak for my own people, but I speak for America too.” And because he does speak for and to the nation, without ceasing to be a Negro, his book has more force than any other American novel by a member of his race.

Bigger, he explains, had been trained from the beginning to be a bad citizen. He had been taught American ideals of life, in the schools, in the magazines, in the cheap movie houses, but had been denied any means of achieving them. Everything he wanted to have or do was reserved for the whites. “I just can’t get used to it,” he tells one of his poolroom buddies. “I swear to God I can’t…Every time I think about it I feel like somebody’s poking a red-hot iron down my throat.”

At the trial, his white-haired Jewish lawyer makes a final plea to the judge for mercy. “What Bigger Thomas did early that Sunday morning in the Dalton home and what he did that Sunday night in the empty building was but a tiny aspect of what he had been doing all his life long. He was living, only as he knew how, and as we have forced him to live…The hate and fear which we have inspired in him, woven by our civilization into the very structure of his consciousness, into his blood and bones, into the hourly functioning of his personality, have become the justification of his existence…Every thought he thinks is potential murder.”

This long courtroom speech, which sums up the argument of the novel, is at once its strongest and its weakest point. It is strongest when Mr. Max is making a plea for the American Negroes in general. “They are not simply twelve million people; in reality they constitute a separate nation, stunted, stripped and held captive within this nation.” Many of them—and many white people too—are full of “balked longing for some kind of fulfilment and exultation”; and their existence is “what makes our future seem a looming image of violence.” In this context, Mr. Max’s talk of another civil war seems not so much a threat as an agonized warning. But his speech is weakest as a plea for the individual life of Bigger Thomas. It did not convince the judge, and I doubt that it will convince many readers.

It is not that I think Bigger “deserved” the death sentence for his two murders. Most certainly his guilt was shared by the society that condemned him. But when he killed Mary Dalton he was performing the first free action in his whole fear-tortured life; he was accepting his first moral responsibility. That is what he tried so hard to explain to his lawyer. “I ain’t worried none about them women I killed…I killed ‘em ‘cause I was scared and mad. But I been scared and mad all my life and after I killed that first woman, I wasn’t scared no more for a little while.” And when his lawyer asks him if he ever thought he would face the electric chair, “Now I come to think of it,” he answers, “it seems like something like this just had to be.” If Mr. Max had managed to win a life sentence for Bigger Thomas, he would have robbed him of his only claim to human courage and dignity. But that Richard Wright makes us feel this, while setting out to prove something else—that he makes Bigger Thomas a human rather than a racial symbol—shows that he wrote an even better novel than he had planned.