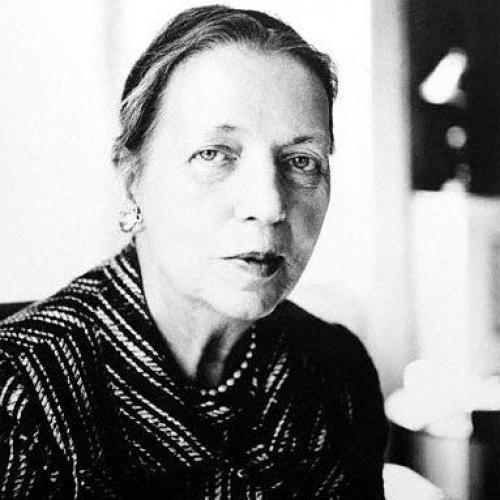 The Diary of Sofie Andreyevna, Countess Tolstoy, exclusive of girlhood reminiscences, covers a period of thirty-five years; from 1862, the year of her marriage, to 1897. The entries are chronologically erratic, colorless in detail and completely humorless. Yet this journal is of extraordinary interest as a record of pathetic human inadequacy before the demands of the ideal, and as a tragic addendum to Tolstoy’s long series of journals and confessions.

Sofie Andreyevna was a woman bourgeois rather than aristocratic in training and point of view. Intellectually limited, shrewd and unimaginative, she was capable of great affection and of loyalty even under great stress; she had tireless energy and a perfectly invulnerable egotism. This was the nature, more fortunately equipped for the task than may at first be supposed, which withstood through forty-eight years of married life the impact of one of the most intense, furiously productive and self-willed temperaments ofmodern times; this was the wife who lived, in turn, with the labors of Tolstoy the artist, and with the self-accusatory humility of Tolstoy the convert to Christ’s word. It is little wonder that the diary closes upon a tired, aging woman, without will to live, at the verge of a permanent mental breakdown.

Sofie Andreyevna Behrs married Tolstoy when she was eighteen and he thirty-four. Tolstoy thought of himself at this time as already old, after the excesses and adventures of his youth, and hesitated to marry this young girl, whose ignorance of life appealed to him so strongly. Before their marriage, prompted by the need for confession and by the self-scorn which was one of his most definitely marked traits, he gave her his diaries to read. Sofie never forgave him the details of the debaucheries recorded in these diaries. She many times recurs to the purity of her life as opposed to the license of his. She never realized that Tolstoy had a real passion to be understood and loved in spite of the brutality and sensuality which he knew to be part of himself, any more than, with her bourgeois aims and conviction, she appreciated Tolstoy’s aristocratic instincts, which led him to turn from the culture of cities, to the estate at Yasnaya Polyana, where he had been born, and where he was able to live as a lord.

The conflict between the personalities of husband and wife began almost immediately after their marriage, although the battle was not joined during the first ten years. In fact, those years were by far the most peaceful and productive of Tolstoy’s life. Then, at Yasnaya Polyana, he wrote “War and Peace” and “Anna Karenina.” Sofie Andreyevna during this period bore and nursed seven children. She managed the household, and copied his manuscripts, page by page, in all their revisions. The diary shows her eager for love, jealous of his interests and affection, puzzled by his maddening contradiction of moods: the alternate elation and depression inevitable in so centered an artist.

When, in the late seventies and early eighties, Tolstoy experienced the first phases of the conversion which was eventually to turn him in revulsion from his children, from sexual love, from art, from all natural ties of the personality—to a frantic search after the kingdom of God on earth and universal love among men, Sofie Andreyevna bore the change with surprising fortitude. She had her young family to care for, and she took up one by one the increasing duties which, as Tolstoy relinquished them, fell upon her. Her greatest resentment was directed toward the crowd of followers that hailed Tolstoy as a new prophet, and it must be confessed that her attitude was not unjustified. Tolstoy, in going out to the people, attracted to himself a mixed, group of enthusiasts (called by Sofia Andreyevna “the dark ones”), many of them psychopathic drifters ready to attach themselves to any creed which answered the confused needs of their manias. The Tolstoy household suffered real persecution at their hands.

In many situations, Countess Tolstoy showed herself unselfish and capable of courage. She went to the Tsar with her petition that the ban on “The Kreutzer Sonata” be lifted: the book which had attached so much gossip and scandal to her name. She struggled for years to make her personality felt in a family completely under the domination of her husband’s agonized will. She saw the daily breakdown in practical application of Tolstoy’s theories about the place of emotion and property in the good life; she was continually harassed by his alternating periods of passion and satiety. These two people, one a great artist, the other a woman of ordinary capabilities, were curiously alike in their ignorance of the most elementary factors that determine happiness in human life and marriage. The great wonder is that their relationship survived—that Tolstoy’s threats of escape and his wife’s gestures toward suicide were not carried out.

The account of the later years of the marriage is full of a truly murderous tone of hatred and ferocity. Sofie Andreyevna no longer speaks of the father of her thirteen children as Lyova; he becomes Lev Nikolaevich, an enemy and a stranger. Tolstoy the artist had disappeared into Tolstoy the doctrinaire, and the wife sixteen years younger than her husband found herself destitute of hope, of work and of love—suspicious, capable of only trumped-up interests, sunk in continual boredom. The wife of a man who had once wept on hearing music, but who now rushed from a room at its sound, crying, “What does this music want of me?” took her comfort in Mendelssohn’s “Lieder ohne Wort.”  The young girl who, thirty-five years before, had written of her wedding journey… “a titled honeymoon couple, arriving in a new dormeuse driven by six horses, naturally created a sensation,” writes on the last page of her journal, “I have just been telling myown fortune, and twice the cards showed death…A little sooner or later, what does it matter?”