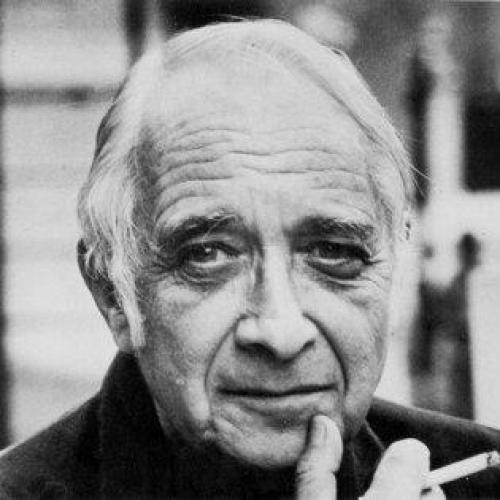 About a year ago a little volume appeared called “The Poetry of Dorothy Wordsworth.” Of course, Dorothy Wordsworth wrote no poetry, although her brother and Coleridge lifted many of her observations for poems of their own. But many people have felt that Dorothy’s journals show her to be “essentially” a poet, a poet manqué, and Mr. Hyman Eigerman, the editor of the little volume, felt this so strongly that he selected eighty-four passages from the journals and arranged them in the form of free verse. This ingenious manipulation of what Dorothy Wordsworth wrote made me uneasy when I first looked at it, and now as I read the journals in Mr. Ernest de Selincourt’s admirable new edition, I feel even more strongly that it is exactly as a writer of excellent prose and not as an unfulfilled poet that Dorothy Wordsworth shines.

The opposition in our language between the words “poetry” and “prose” has always made trouble. We say, “This is poetic,” and mean praise, but we cannot praise by saying, “This is prosaic.” Yet we ought to be able to use just that word in commendation of Dorothy Wordsworth’s writing. It has the prose virtues; it is plain, direct and firm; it has the prose cadences, the prose tone which is delightful to many ears. And when the emphasis of verse arrangement is imposed upon it, the virtues and charm vanish. Take the most famous sentences from the Alfoxden journal: “Grasmere very solemn in the last glimpse of twilight. It calls home the heart to quietness.” The charm lies precisely in the evenness of emphasis with which we read, and this disappears when the sentences are arranged:

In the last glimpse of twilight.

It calls home the heart

Or take another passage:

It was a mild afternoon—there was an unusual softness in the prospect as we went, a rich yellow upon the fields, and a soft grave purple on the waters. When we returned many stars were out, the clouds were moveless, in the sky soft purple, the lake of Rydale calm, Jupiter behind. Jupiter at least we call him, but William says we always call the largest star Jupiter.

This has its own small unity and a nice little humorousness at the end; but the structure weakens, the sturdiness of tone evaporates and the humor turns into mere archness when we read it this way:

There was an unusual softness

In the prospect, as we went,

A rich yellow upon the fields.

And a soft grave purple in the waters.

When we returned many stars were out.

In the sky, soft purple,

The lake of Rydale calm, Jupiter behind.

Jupiter at least we call him, but William says

And one last example. Dorothy writes:

O, thought I! what a beautiful thing God has made winter to be by stripping the trees, and letting us see their shapes and forms. What a freedom does it seems to give to the storms.

Here the conception is better than its expression, but how much better is the prose expression than the verse which, by emphasizing the unlucky rhyme, storms-forms, and by picking out a line of sound in be, trees, see, seem, makes the statement more excited and for that reason trivial.

Mr. Eigerman’s selections from the journals were made with sure taste and his experiment was eminently worth making; my reading of it differs from his and I express my difference only because, as it seems to me, we have grown callous to the possible virtues of prose and to its claims in its own right. Then too, I think we do Dorothy Wordsworth an injustice if we expect her to be always incandescent as in the passages Mr. Eigerman selects. As her youth passes, the personal tone diminishes; the incandescent and “poetic” passages become far less frequent even in the first Scottish journal and are rare in the journals of the Continental and the second Scottish tours, and as she began to think of writing not only for herself and William, but for a large circle of friends. The intimacy of the Alfoxden and Grasmere journals is a loss indeed, but the firm, unequivocal prose, marked by the old precise rhetoric of the eighteenth century, was still at her command to express the observations of her clear, sensible intelligence.

As for the Grasmere journal, I find it as fascinating as ever but one of the most painful books I know. “Nature never did betray / The heart that loved her”: so Wordsworth had promised his sister in the great year of 1798. He was twenty-eight then, Dorothy two years younger. In a few years William was to learn and say how little one could believe this promise; Dorothy, in her own way, had learned it earlier. The Grasmere journal is usually remembered for its exquisite observations of nature and its record of homely pleasures, but it is also the record of a woman terribly betrayed by Nature, though not quite the Nature Wordsworth had in mind. For one thing, there is so much illness—concern over Coleridge’s health, and William was so frequently ailing, and Dorothy herself is always recording her headaches, her disorders of the bowels and teeth, as matters of simple accepted fact. But not always simple accepted fact: “My tooth broke today. They will soon be gone. Let that pass, I shall be beloved—I want no more.” This is in May, 1802; she was not yet thirty-one but a large part of her life was coming to an end—what she was much later to call “the shapeless wishes of my youth, wishes without hope”—for in November of that year William was to marry Mary Hutchinson. As the wedding date approaches, Dorothy’s illness increases noticeably. Her straining for control becomes pitiable; she is unable at last to attend the ceremony but lies prostrate on a bed to wait the return of the wedding party and to make a third with the bride and groom on the wedding journey back to Grasmere.

The longest period of her life was peaceful but the end of the “betrayal” was grim and throws light on the beginning. In 1848 the Duke of Argyle was touring the Lake Country with his young wife. He passionately admired Wordsworth and he stopped to visit the poet, now seventy-eight. As the young couple walked through the woods to Rydale, they stepped aside to make way for a wheelchair in which sat an old lady with blank and vacant eyes. They were chilled by the encounter but they recovered their spirits as they went forward to the house and were received cordially by their host. After a pleasant chat, Wordsworth consented to read one of his poems for them. He chose “Tintern Abbey,” that first of his great meditations on the theme of man’s growth and development. When he came to the apostrophe to his sister which includes the promise that “Nature never did betray / The heart that loved her,” and reached the lines:

…In thy voice I catch

The language of my former heart and read

My former pleasures in the shooting lights

Of thy wild eyes…

He put a special emphasis on the last words. The visitors later learned that the old lady of the vacant stare was Dorothy of the wild eyes; they must also have learned that she was not only mad but that in her lucid moments her tongue was wittily spiteful and obscene.