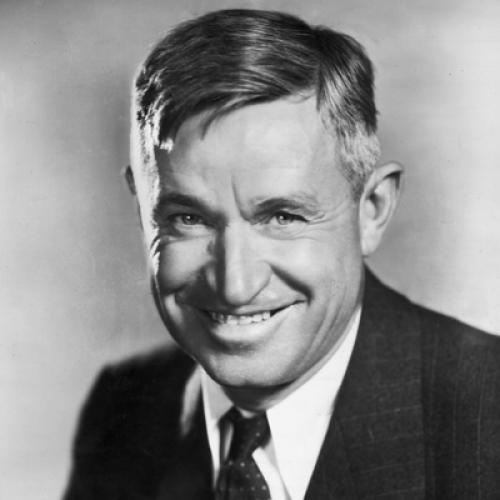 Political satire in America is for the moment the monopoly of Will Rogers. Others may practice it for tiny audiences; his is as near to the sum total of the "picture reading public" as anyone can come. The paraphernalia of gum and lariat which helped him in the Follies is now partly laid away; he is on a vastly popular lecture tour; he broadcasts; he writes for the Saturday Evening Post; he publishes books. He has only to write a play and create a comic strip to become universal. Our other satirists seem perfectly willing to leave politics in his hands; they concern themselves with business, with the crudities of social intercourse, sometimes with literature and religion. Politics either fails to interest them or offers itself as a topic which will not interest the public. The Peace Conference provoked a mild sketch in one of the revues; the Harding scandals, the long dullness of the present administration, our international policies, have not stirred any significant satirist to action. Even the tradition that satire is the weapon of the conservatives has not held; can anyone recall a satiric attack on the Reds? Except for parodies. Was the indictment of Main Street and Babbitt met by Rotarian satire in any instance?

In America satire has often been the weapon of the man who pretended to be the average and the common. It has been the attack from below, and the integrity of the satirist has been proved by his illiteracy: Mr. Rogers follows the course of Bill Nye and Artemus Ward and Mark Twain. On the subject of art the following passage will find a parallel in the work of nearly every American humorist of the old school:

We know about nine-tenths of the stuff going on under the guise of Art is the Banana Oil. They call it Art to get to take off the clothes. When you ain't nothing else, you are an Artist. It's the one thing you can claim to be and nobody can't prove you ain't.  . . . (Or)… I don't want to see a lot of old Pictures. If I wanted to see old Pictures I would get D. W. Griffith to revive the Birth of a Nation. That's the best old Picture there is. . . . But this thinking that everything was good just because it was old is the Applesauce. . . .

This "common man's attitude" when it affects politics has interesting results. In Rogers's new collection, Letters of a Self-Made Diplomat to His President (A. and C. Boni: $2), you have old-fashioned democracy mingled with adulation for the man in power, jibes at the Democratic party, warnings about the Farmers and sage political advice:

Being great as President is not a matter of farsightedness; it's just a question of the weather, not only in your country but in a dozen others. It's the elements that make you great or break you down. ... You give me a few showers just when I need them most and let me have the privilege of awarding them around among the doubtful states as I see best . . . let the Argentine and Russia have a wheat failure . . . and I will be reelected by such a large majority that I won't even take the pains to talk to you over the rodeo. . .  .

And once in a great while, the quality of satire actually appears:

Mr. Rogers's special case isn't, actually, as important as the case in which satire finds itself. He was never a satirist until someone, ill-advisedly, told him he was one. The pleasure in hearing him was always in the crackling of small branches, in watching the sparks; there was never a great blaze. He was at his best when all he knew was what he read in the papers; he twisted headlines until they yielded some sort of comedy. When he takes to quoting long political essays on the nobility of the Fascist castor oil treatment, when he discusses international affairs not for their yield of wisecracks, but for their inherent bearing, he is a little lost child; and the pleasure he gives is diminished because he seems ill at ease, his cracks do not come off with the sharp report to which he is accustomed.

Actually, Rogers is a popular humorist upon whom satire has been thrust; Mr. Dooley was the last of our popular humorists to whom satire was a natural mode of expression. The failure of a dozen efforts to "write another series like Mr. Dooley," the journalistic highways strewn with the stillborn "characters" in imitation, testify at once to Dooley's greatness and to the changed circumstances which make a new satirist an unlikely occurrence. For it is quite possible that the necessity to write for ten million readers is the last deterrent to the satiric mind. Mr. Dooley began as a commentator for a Chicago paper; nowadays you cannot even begin with less than a syndicate; and just as the comic strip has to avoid all controversial subjects, satire becomes limited, by the actual mass of its readers, to tilting at straw men.

The successful satiric writers in other fields add other qualities to make themselves popular: sheer wit or an irresponsible fantasy or shrewd observation or wildly exaggerated forms of expression—you find the same qualities, in varying proportions, in Benchley, Stewart, Frank Sullivan, Marc Connelly. It is extraordinarily attractive, hut its limitations are shown when you arrive at a bit of pure satire such as Benchley's recent page in The New Yorker in which, following certain municipal decrees, he reduced the Ritz Tower to a tenement A straight satire sustained even to the limit of one magazine page is a rarity; except for its Washington correspondence, I recall nothing in the past six months in the New Republic; a less consistent reading, but fairly consecutive, brought me no satire in The Nation; Life, Judge, Vanity Fair, where satire ought to flourish, admit it in four line scraps; neither the Official Spokesman nor Michael Arlen has suggested the sharp edge to any writer. For these magazines, for these writers, the question of mass production is not so pressing; to explain the absence of satire you have to cast in other waters and discover what timidity or what indifference deprives us of the literary form in which pure intelligence will always find its highest satisfaction.