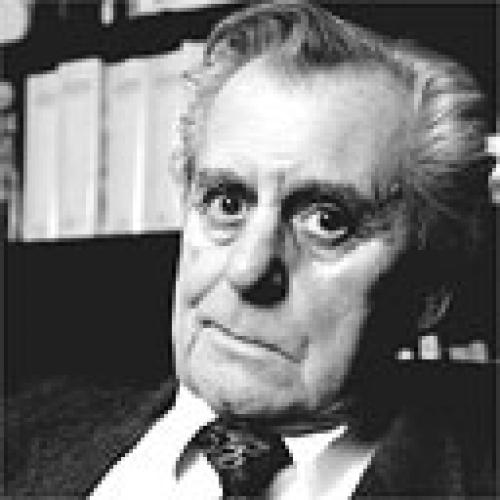 This three-years study of the people of Springdale (the fictitious name for a township in upper New York State) ends on a resoundingly affirmative note:

Because they do no recognize their defeat, they are not defeated. The compromises, the self-deceptions and the self-avoidance are mechanisms which work…they are able to cope…in a way that permits some degree of satisfaction.

Such an affirmation might satisfy an animal-lover questioning a breeder of hens or hamsters. Since human lives are here summed-up, one remains obstinately unsatisfied. Is “defeat” for us only a matter of whether we ourselves recognize it? Are “mechanisms of satisfaction” enough if they work on by self-deception and self-avoidance? Perhaps the authors couldn’t bear to leave their 300 pages of sad evidence almost entirely unqualified and desperately tacked on this inadequate final paragraph.

Certainly their book is as depressing as any I have read in years. May I be preserved from ever having to live in this sort of small town, must be a reader’s first comment. Of course, the picture may not be really true to life; it may illustrate the inevitable limits of much formal sociological procedure. Vidich and Bensman studied social relation inside the community, in politics, religion and class, and the community’s relations with larger powers outside. The result is—to quote now from the penultimate paragraph—“defeat…impotence…self-deception…self-avoidance…compromise.”

The proviso one in entering all the time while reading is that much about these people must surely have been left out; that a more organic, whole, inward observation (that of a good novelist, say—not that of a folksy small-town romancer) would surely produce a picture less consistently darkened with an air of the mechanistic and mean. Here I am reminded of the difference between some British sociological writings of the more formal kind and some of those now being publish by the Institute of Community Studies (Family and Kinship in East London; The Family Life of Old People) in which a very special effort is made to enter, through a sort of disciplined impressionism, into the imaginative “thisness” of a community’s life and values.

For all that, the evidence here is sufficient to suggest that at this moment of time—when Western industrial societies and half-centralized and half-composed of dying local cultures—their small towns are peculiarly uneasy places to live in. Big enough to be self-conscious and raddled with the impotences of minor power; not big enough to have any intellectual leaven or to allow splinter groups and odd dissident individuals to go their own way; conformist and dog-in-the-manger conservative—they have the faults of both hamlets and cities, with few of their virtues. “Every culture lives inside its own dream”: but some dreams are more stimulating to the spirit than others. The rural small town’s dream of its own excellence—full of just plain folks who are more honest and simple, friendly and neighborly, than city folks, living in the best little town on the whole globe—is too little touched by either the tough nonconformist conscience or the raddled saving cynicism of the open-eyed city-dweller.

Vidich and Bensman’s view is that such a group is today driven further into this self-deluding dream by the spreading encroachment of mass society. Since the small town with mores of its own is becoming increasingly an anachronism, it seems able to exist only by virtue of sustained self-deception. The cars, en route from one great suburban center to another, which roar quickly through the straggling township, illustrate its real social situation. In all that counts outside the inner personal life, real power lies more and more outside Springdale. The Springdalers unconsciously know this and are ambivalent towards outside powers. They scorn, they woo, they retreat further into their self-congratulatory dream. Meanwhile, paralysis settles on those small areas of activity where there is still room for local decision. The gap between assertion and reality widens:

The public enactment of community life and public statements of community values seemed to bear little relationship to the community’s operating institutions and the private lives of its members.

We know the mass-media can widen horizons and help to spread sweetness and light; and along this line may lie out best hope of decent development. In Springdale at present, though, the mass-media’s less pleasant gifts are more evident—the glossy generalized consumption-values and the sex-and-horror production. Worse, the media’s own cultural stereotypes push the small town towards further self-deception. In these stereotypes city slickers are vicious, country folk pure and idyllic (in Britain we have phenomenally popular soap opera, The Archers, about farming folks):

It is uniquely ironic that the self-image of the rural community and its image of urban life are in the part the products of the penetration of urban mass media.

At this point Vidich and Bensman make their most striking observation:

Basically, an historically indigenous local culture does not seem to exist. The cultural imports of each decade and generation and the successive waves of migration…produce a local culture consisting of layers or segments of the mass culture of successive historical eras…The conflict between “spurious” and “genuine” culture appears to be a conflict between two different ages of “spurious” culture.

If an Englishman draws attention to these hard words he may well be suspected of a characteristic snobbery. Let me try, though, as objectively as I can to comment on them in the light of my own experience of British urban working-class communities.

What strikes me first about Springdale is the sense that many of its values have been, so to speak, picked up from outside (often as a commercially watered-down version of the inspiring American “dream”) rather than evolved by challenge and response over the generations. Second, I’m struck—against my left-wing inclinations—by the realization that an admittedly hierarchical class society can help the individual a great deal. We know about the evils of class in Britain. But at this moment, when class is becoming less significant to us, it may be as well also to recall that an accepted sense of class saved you from a number of ills. You weren’t forever seeking your own identity; you were able to take a lot of things for granted simply because a sort of dramatic pattern had been laid down in advance; you “knew where you were,” who belonged to you and who weren’t your kind; you had an assurance in following the forms of your group which could be just as liberating as it was inhibiting. You never had to worry about what kind of table-setting went with your present status (or run to Good Housekeeping and Vogue to find out); you just knew whether this was or was not an occasion for getting down the three-shilling tin of salmon from the kitchen top-shelf. You weren’t hag-ridden by the gap between public egalitarian assumptions and the plain evidence of prestige-differentiation run riot. You weren’t permanently frustrated after forty, or nursing the ulcer your overwork caused—your group assumed that ambition was a meanly competitive and unfriendly way of living, not that it was the mainspring of society.

Springdale’s running sores are the shack people, those who have contracted out of the prevailing ideology, “the residual scrapheap of the competitive economic process.” They can’t belong even in the way that the appallingly scruffy people up the back lane of an English village belong; they haven’t even a tap-root in common with the rest. At the other extreme are Springdale’s three book-clubs for women which provide a kind of culture-class. Naturally, they arouse extreme irritation. We have railed for years at the correlation between class status and cultural opportunity in Great Britain. We were right. On the other hand, our traditional situation saved us from the ills of culture as conspicuous consumption or culture as identity-and status-endower (“all vice-presidents’ wives are this month reading…”: “The nuptials were celebrated this week of Miss Jane Johnson, Bryn Mawr ’55 and Lt. (j.g.) John Jackson, Penn. State ‘54”). Underlining much in such recent writers as Riesman and Whyte, Vidich and Bensman conclude that social class (through stylized consumption) is replacing economic class as the basis for esteem.

Some of the older local communities in Britain—as in the United States also—have retained the elements of an indigenous culture; they at least began their adjustment to the forces of mass society with a constitution which possessed considerable roughage, texture and resilience. In Village on the Border Frankenberg recently studied the effects of mass society on a Welsh border village. He was struck by the subtlety, the irony, the muscular Dylan Thomasish scattiness of their power to take charge on their own terms. Young and Wilmott, studying the London working-class area Bethnal Green and its successor, an outlying modern housing-estate, were so impressed by the tough tentacular roots of local culture and attitudes that they recommended rehousing people on the spot, to preserve the roots.

One’s immediate reaction—that such a solution would be only a finger in the dyke against the flood of mass and centralized influences—underlines the fact that our problems are the same as those of the United States. Only the point of departure is often different. In one sense we are worse off, because less self-critical; our older forms can and do blind us to the speed with which change is coming.

The common problem remains: how to make the best of modern mass society whilst allowing room for the individual soul to grow. Like any observer of the British scene, Vidich and Bensman find themselves moved more than anything else by the “saving minority.” The one ray of light in this book is the discovery that such people exist. They exist in Bryce, the “deeply religious and selfless” clergyman; they exist in Grainger, the 4H agent whose “activities sometimes transcend his good sense and actually threaten his occupational position…he always appears to be engaging in quixotic adventures” (bless Grainger! there’s the germ of a powerful novel in that short sketch); they exist in the few who persist in that most unpopular of pursuits, reading, and who engage in

…self-reflection and a consideration of the meaning of existence…they are disturbed because they cannot communicate their insight to others…[they have] sufficient strength to be tolerant, kindly and understanding. They contain, absorb and live with their own perceptions and insights even though this is at a great cost to themselves.

Unmistakably, they are—the echo is extraordinary—Matthew Arnold’s “aliens” and as much needed today, in all parts of this hemisphere, as they ever were.