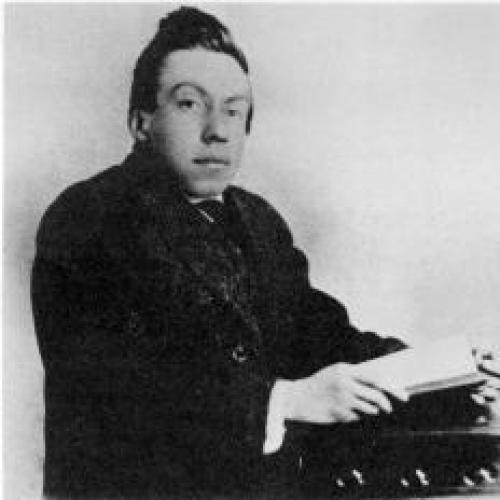 Graham Wallas, in his “Great Society,” wrote few more interesting sentences than discussion around him, the lack of skill in meeting each others’ minds which Englishmen showed when they talked together. Particularly in this country where mere talk is always contrasted unfavorably with action, is discussion rare. The only way we can justify our substitution of talking for acting is to talk badly. And we like to talk badly. To put into talk the deliberate effort which action demands would seem an insufferable pedantry. Talk is one of the few unspecialized talents still left in a mechanical world. The plain man resents any invasion of this last preserve of freedom. He resents the demand that skill and effort be put to work in raising talk into real discussion where points are met and presuppositions are clarified and formulations made. So conversation is left to grow wild as a common flower along the wayside of our personal contacts.

Yet this lack of art in discussion is not really due to lack of desire. An inner need drives talk into something more formal. Discussion is popular, and because it is popular it needs, in spite of the plain man, a certain deliberate technique. One often stumbles on groups which have met not because some problem has seized them all and will not let them go until it is satisfied, but because they have felt a general craving for talk. They find that their mental wheels will not rotate without some corn to grind. In the revelation of what each person thinks it important to discuss, one gets the attitude of his mind and the color of his governing philosophy. Such a group is a kind of kindergarten of discussion. Ostensibly equal and sympathetic in background and approach, they show in very little time the startling diversity of their actual equipment and mental framework. A score of people all doing apparently the same quality of work in the professional world, all enjoying a popular reputation, all backed by a college education, all reacting constantly to each other in the intersecting world of journalism, art, teaching, law, will often be found to show a lack of mental sympathy so profound that one wonders how such people can smilingly continue to seem to be living in the same world. They are using the same words, but they are not using the same meanings, and because they are not conscious that it is really meanings which they should be exchanging, the discussion is apt to lose itself feebly as in desert sands. What really emerges from most discussions, you find, is an astonishing array of philosophical skeletons-in-the-closet which stalk about the room unchallenged. Their owners are quite unconscious of this fatal escape. Yet it takes little wit to discover rigid platonists discoursing with pragmatists, minds whose first operation in thinking is always to fix a moral judgment contending with remorseless realists. Ideals are discussed when one man means by an ideal a measuring-stick for human conduct, another a social goal towards which he works. Concepts emerge which to half the company represent a mental vacuum, and to the other half imply a warm glow of virtue. World-philosophies which might be recognized are shabbily ignored. The feeble sparring of their distorted shadows is taken for discussion, and the company separates with a vague feeling of having occupied itself for an evening with something profitably mental.

All the time, however, it is these fundamental philosophies which are the real antagonists, and not the concrete ideas which are the subjects of discussion. A good discussion passes rapidly into an examination of those presuppositions. It is more interested in charting out the minds of the other talkers than in winning small victories or getting agreements. Good discussion is a kind of detective uncovering the hidden categories and secret springs of emotion that underlie “opinions” on things. It seeks that common background and store of meanings in which alone diverse opinions can really meet and operate. We can no longer tolerate reasons which are only retrospective props for action that was really impulsive in its origin. No more should we tolerate in discussion that stubborn voicing of attitudes which seem axiomatic to the speaker only because he has never examined the structure of his own thought. It is popular nowadays to welcome the expression of every new attitude. But a discussion should be tolerant and hospitable only after the ground has been cleared. You must be very sure that what you have to deal with is a real attitude and not a counterfeit. Discussion remains mere talk if it remains content with the expression of an “opinion” and does not put the expressor to immediate cross-examination to discover in the name of what Weltanschauung the opinion came.

Discussion should be one of the most important things in the world, for it is almost our only arena of thinking. It is here that all the jumble of ideas and impressions that we get from reading and watching are dramatically placed in conflict. Here only is there a genuine challenge to put them into some sort of order. Without discussion intellectual experience is only an exercise in a private gymnasium. It has never been put to the test, never had to give an account of itself. It is some such motive that impels people to discussion; though they are too often content with the jousting of pasteboard knights. But a good discussion is not only a conflict. It is fundamentally a cooperation. It progresses towards some common understanding. This does not mean that it must end in agreement. A discussion will have been adequate if it has done no more than set the problem in its significant terms, or even defined the purpose that makes such a setting significant. You turn up things in your mind that would have remained buried without the incision of some new idea. The effort to say exactly what you mean, sharpening your idea to the point that will drive home to others, is itself invigorating. A good discussion tones up your mind, concentrates its loose particles, gives form and direction. When all say exactly what they mean, then for the first time understanding—the goal of discussion—is possible.

Discussion demands a mutual trustfulness, a mutual candor. But this very trustfulness makes discussion vulnerable. It is particularly open to the attack of the person who sees in the group a forum. The physical signs of such a misinterpretation are familiar. The eye becomes slightly dilated, the voice more orotund. The suggestion develops into an exposition, the exposition into an apologia or recrimination. Discussion is slain. Another enemy is the person who sidetracks a sentence and then proceeds in a leisurely way to unload its freight into his own wagon. But in a good discussion the traffic is kept constantly moving in both directions along a rather rigid line of track, and the freight arrives somewhere. Some people have a fatal gift of derailment. Wit is perhaps the most common means. Discussion has no greater enemies than those who can catch an idea and touch it off into a puff of smoke. Wit should salt a discussion but not explode it.

Good discussion is so important that those who set about it may be rather pedantic and self-conscious in their enterprise. One may acutely realize oneself as being, for the time, primarily a mind. He renounces the seeming of personal advantage in an argument. He sincerely and anxiously searches his intellectual stores in order to set down exactly what he thinks in just the proportions and colors that he thinks it. He studies what the others say, and tries to detect quickly the search for advantage or the loose use of terminology. He insists that words and phrases have meanings, and if they carry no meaning to him, he searches indefatigably until he has found the word that does carry over the full freight of significance intended.

The rewards for such pedantry are found in a tone of clear thinking. A good discussion increases the dimensions of every one who takes part. Being rather self-consciously a mind in a group of minds means becoming more of a person. Ideas are stale things until they are personally dramatized. The only good writers of opinion are those who instinctively reproduce the atmosphere of discussion, whose sentences have the tone of discussion with themselves or with an imagined group. The impulse for discussion is an impulse towards the only environment where creative thinking can be done. All the more reason why an instinct for workmanship should come in to insure that thought does not lose itself in feeble sparring or detached monologue.