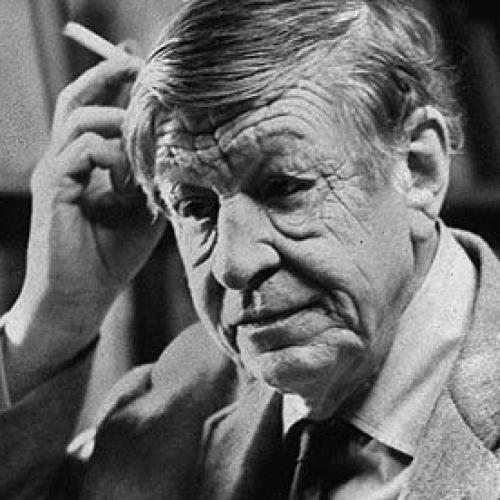 In a sense the title "Wartime Letters" is a misnomer; less than half were written before the Armistice, and even these cannot be said to be about the War. If one defines experience as that which illuminates the understanding and releases the creative power, then for Rilke the War was no experience at all. For some, like Wilfred Owen, it was the decisive experience of their lives; but then they were combatants. For Rilke those four years were a negative and numbing horror that froze his poetic impulse, a suspension of the intelligible. For a week or two at its outset he was seized by the "phenomenon of the War God," and threw himself "into that suddenly set-up and opened universal heart," but disillusion came immediately. The agony and death that any war involves were fearful enough, but what seemed to him even more dreadful was "that the pressure of it has nowhere contributed to bringing man out more distinctly, to forcing him—the individual or the mass—face to face with God, as great tribulations in earlier times had the power to do." All that Rilke could do was to refuse to be a newspaper reader, to spend the time "waiting in Munich, always thinking it must come to an end, not understanding, not understanding. Not to understand: yes, that was my entire occupation in these years."

To call this an ivory-tower attitude would be a cheap and wicked lie. To resist compensating for the sense of guilt that every noncombatant feels at not sharing the physical sufferings of those at the front, by indulging in an orgy of patriotic hatred all the more violent because it is ineffective; to be conscious but to refuse to understand, is a positive act that calls for courage of a high order. To distinguish it from selfish or cowardly indifference may at the time be difficult for the outsider, but Rilke's poetry and these letters are proof enough of his integrity and real suffering, which made it seem to him "arbitrary and untrue to have recourse to a tree, a field, the clemency of evening, for what did the tree, the field, the existing landscape know of this hapless, devastating, killing human being?"

Now in this second and even more dreadful war, there are few writers to whom we can more profitably turn, not for comfort—he offers none—but for strength to resist the treacherous temptations that approach us disguised as righteous duties. The acts required of our bodies vary with our individual capacities or circumstances; the attitude demanded of our minds is the same for all: that each of us "shall, in his own little spot, plant a small hope that, whatever the political and military tasks in which we may have to take a part, we shall not forget that true revolution is 'the conquering of abuses for the benefit of the deepest tradition.' "

Few have refuted better Hitler's cry, "Yes, we are barbarians." "If man would only cease to invoke the cruelty in Nature to excuse his own. He forgets how infinitely innocently even the most terrible happens in Nature; she does not watch it happen—she hasn't the perspective for that; she is wholly in the most dreadful, even her fruitfulness is in it, her generosity—because she contains everything, she contains the cruel too—but man, who will never be able to encompass everything, is never sure, when he chooses the terrible—let us say murder—of already containing the opposite of this abyss, and so his choice, in the very moment of making him an exception, condemns him to be an isolated, one-sided creature who is no longer connected with the whole."

Few saw more clearly the peculiar layers to which the intellectual in a revolutionary epoch like the present is exposed: "He of all people knows how slowly the changes of lasting significance are accomplished . . . how Nature, in her constructive zeal, hardly anywhere lets intellectual forces come to the fore. And yet on the other hand, it is the same intellectual who, by force of his insight, grows impatient when he sees in what miscarried and muddled conditions human things are content and persist." And in a today which, in reaction against esthetic dilettantism, substitutes a political dilettantism that is every whit as much a product of fear and conceit, few have defined the artist's duty more clearly: "Productivity . . . even the most fertile, only serves to create a certain inner constant, and perhaps art amounts to so much only because certain of its purest creations give guarantee for the achievement of a more reliable inner attitude. . . ."

Once again Mrs. Norton and her husband have put us all in their debt.

I am not scholar enough to make a just criticism of Mr. Maclntyre's translations of fifty poems selected from "Das Buch der Bilder" and "Die Neue Gedichte." He has, wisely in my opinion, allowed himself the license of assonance and half-rhyme in order to be as literal as possible. Some of his phrases puzzle me. I cannot see why for "die dich nicht sieht. Du musst dein Leben andern," he should give us, "when you can hide now. You must change your life," considering that a literal rendering of the first half of the line can be made without sacrificing the rhythm.

Further, one could wish that, whatever his personal opinion of the "Duineser Elegien" and "Die Sonette an Orpheus," he had not seen fit, in his introduction and notes, to adopt a kind of tough-guy-no-nonsense tone which accords singularly ill with his subject. But one should be grateful for every attempt to make Rilke's poetry better known, and some at least of the translations, e. g. of "Eine von den Altcn," "Der Alchimist," "Die Gazelle," "Aus einer Sturmnacht," seem to me excellently done. The following version of "Ein Frauenschicksal," despite some doubtful points, does manage, I think, to convey some sense of the extraordinary insight of this great poet who refused to "understand" hate and destruction:

Even as a king out hunting seized a glass,

something to drink from—any glass, no matter—

and someone after that in a sure place

put the slight thing away, to guard It better:

thus destiny, which also has a thirst,

picked up this woman, drank of her till slaked,

and afterward some trivial fellow durst

not put her to her use, for fear she break

and stuck her in that careful cupboard where

one cherishes all costly things and rare

(or things that people fancy have some worth).

And there she stood, as strange as something loaned,

and was not prized and never rare on earth.