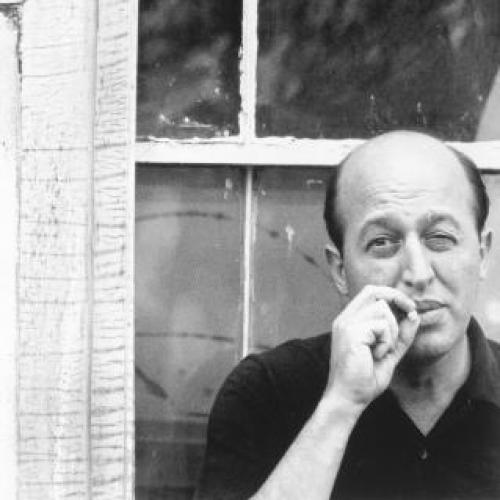 Review of The Emergence of an American Art, by Jerome Mellquist.

This is an account, more descriptive than evaluative, of painting, sculpture, graphic art, architecture and photography in this country from around 1890 to date. It presumes without arguing about it the emergence of “an” American art during this period, which begins from Whistler, Sargent, Chase, etc., continues through a “Revolt”—which was Stieglitz, photography, “291” gallery, cartooning, Hassam, Henri, Luks, etc.—and culminates principally in those artists closest to Stieglitz: Marin, Lachaise, O’Keefe, Hartley, Dove. Although the emergence is identified with the assimilation in this country of modernism, it can be considered, according to the author, to have commenced with Whistler and Sargent, because in them American artists found for the first time models for their emulation who were compatriots. What kind of art it is that emerges the author does not say, nor whether it is an art noteworthy because specifically American or simply because it is great. The book has the merit of bringing to our attention information from such neglected fields as photography, magazine illustrating, cartooning and art journalism, but otherwise it is singularly devoid of enlightenment.

Mr. Mellquist writes badly, without strictness or distinction, with injected color, cooked-up drama and panting breath. He is really better than his writing, better, that is, than this: “He throbbed—for he is a sensitive man—when he looked at the first Cezannes. Later he vibrated to the Picassos. He ‘flowed’ after seeing Rodin. He responded always, and at once.” Or: “He personalized the factory scene.” Mr. Mellquist allows himself to write this way because he lacks ideas by which to control his material—and himself. And like most people without ideas, he takes too much for granted, failing to question his theme for the distinctions and connections which, after judgments of value, give the most excitement to discussion of art.

As to questions of value: Mr. Mellquist himself writes: “They [the American people] cannot distinguish between the big and the little in our painting. . . . It is the job of criticism to undertake this guidance. Until it does, it remains mere compilation, valuable perhaps as an aimless catalogue, but of absolutely no consequence in establishing that scale which is necessary to all understanding.” Mr. Mellquist’s own book runs the danger of being an aimless, if florid, catalogue, for it certainly establishes no scale for the understanding. The various critical estimates have no coherence, and are conceived without reference to any explicit or implicit hierarchy of values. Usually they sound like this:

Yet, qualify though one may because of Weber’s Jack of spontaneity, the fact remains that he always composes with authority. One may go far back in his canvases, or from side to side, orup and down, and always there is that indispensable element of space which he has sought in the work of other men . . . when at his best, he revitalizes his concepts, particularly when an innermost intensity leads him into some smoky and tumultuous cavern where the overbending arches are almost insupportable. Here he rises, despite the mental weight of past and present, and accepting at last a spiraled, twisting, lighted center within, embraces the rapture that is rightfully his.

The first sentence is just, however vague. The rest is an impression more than a critical estimate. Mr. Mellquist does not place or evaluate Weber’s art. He describes, without conscience either as a writer or critic, his reactions to it. Otherwise, Weber may be no more estimable, for all the author gives us to know explicitly, than any other artist in the book. We gather that he is quite estimable from the fact that he gets half of a chapter to himself, whereas Maxfiield Parrish, who is declared to be a competent but synthetic illustrator, gets only a footnote. (Mr. Mellquist is to be commended, however, for noticing such phenomena as Parrish.)

One standard does emerge from Mr. Mellquist’s writing, which is more constant than critical, and that is to approve of everything and everyone more or less connected with Stieglitz. The tutelary genius of the acclimatization of modernism in America, and therefore of the emergence of “an” American Art, is Stiegh’tz. Marin gets more space than any other artist. It is quite possible that he is the greatest living American painter, but in order to define his greatness it is necessary to delimit as well as praise it breathlessly. Mr. Mellquist adds nothing to our conception of Marin’s art because he does not put it into any perspective. When we see how seriously the ineffable O’Keeffe and the saccharine Dove are treated (with a chapter each), it becomes evident that Mr. Mellquist’s attachment to Stieglitz takes precedence over everything else. More than once we get the impression that when an artist, Henry Varnum Poor, for instance, or the photographer Walker Evans, is found unsatisfactory, it is largely because he fails to meet the Stieglitz circle’s notions of what modern art should look like (experimental and somehow esoteric). Alfred Stieglitz’s services to American art are inestimable, and he is one of the best photographers there have been, but for all that there is about him and his disciples too much art with a capital A, and too many of the swans in his park are only geese.