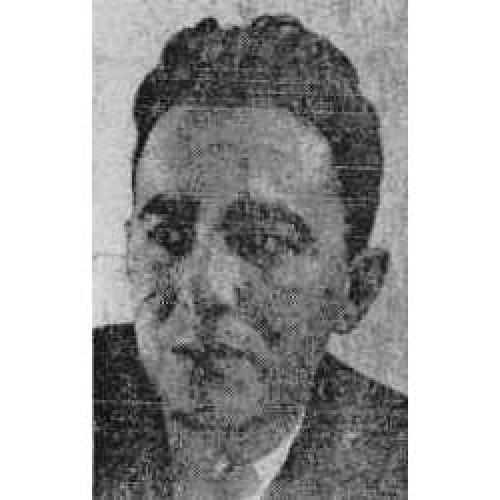 Review of Some Came Running by James Jones.

Every recognition has always been a hazardous triumph for the young man working in the arts. In recent years the hazards attendant upon youthful success in our society have doubled and redoubled: from movie money to mass media exploitation, the Lorelei are itching to seduce the serious young artist. And all this in addition to the traditional traps: the envious critics lying in wait for his new show or his second novel; the great expectations of his admirers, who peer anxiously over his shoulder, waiting for their fashionable praise to be triumphantly vindicated.

Bearing all this in mind, I began James Jones's enormous new novel with great sympathy, and read it with as much attention as one can devote to a novel of 1266 pages that must be discussed in a weekly magazine. I had not much liked his first book. From Here to Eternity, which I felt to be sentimentally conceived and crudely written; but it was starred with passages of considerable power, and was endowed with sufficient narrative drive to excite the hope that its author would in time master the difficult art he had set out to conquer.

The first thing one notices, I think, about Some Came Running, is how badly it is written. This is not primarily because of Mr. Jones's determination (other novelists have attempted it before him) to abolish the apostrophe—although that in itself is so evident on every page as to warrant passing comment. There are it is true apostrophes here and there, but since they appear most infrequently it can be fairly assumed that they are the typographical errors, and not the “Im,” “hed,” “youre” and “isnt” with which the pages are dotted. Of course it can be argued that these words mean the same with or without punctuation, and that therefore it would be better omitted. But there remains a difference to the eye, the ear and the mind, between “we’re” and “were,” between “we’d” and “wed,” between “she’d” and “shed,” to cite only a few examples of Mr. Jones's maddeningly pointless and irritating rebellion against the apostrophe. Only a tone-deaf writer, insensitive to the resonance-potential of language, would resort to this kind of adolescent defiance—unless he were deliberately attempting, like a dadaist or a Joycean, to smash the traditional forms in order to construct new forms (something with which Mr. Jones could never be charged, since his new book can be regarded as an appalling cenotaph to the traditional realistic novel).

And indeed that is the kind of writer Mr. Jones reveals himself to be. His hero does not only grin “sillily” (on page 181); he and his associates smile “friendlily” (on pages 26, 96, 157, 194 and elsewhere). This substitution of adverbiage for an attempt to utilize the resources of the language to explain what one means—a characteristic of both novices and professional pulp writers—is endemic in Mr. Jones's prose. Thus, on pages 142-3:

“Maybe you should be teaching,” Dave said sourly . . . “You’re a very unusual woman, you know it?” Dave said lowly, and regretfully. “Not so unusual as you might think,” Gwen French said, darkly . . . “My whole life has been spent studying the lives of people just like you. —Besides, I have my own problems,” she said darkly . . . “That might not be such a bad life,” Dave said sourly, “if it were only true.”

This sourly-darkly gambit is neither unique nor isolated. Tagging his characters with adverbial descriptives, Mr. Jones follows them relentlessly through twelve-hundred odd pages of Dave speaking sourly, Gwen speaking darkly, and Bama speaking sneeringly. If we take two pages at random, we find on one that Dave and Frank speak “relishingly,” “thinly,” “reasonably,” “carefully,” “guiltily,” “coolly,” “irately,” “reasonably” and “miserably”; and on another that the characters speak “cautiously,” “doubtfully,” “disgustedly,” “fearfully,” “breezily,” “sardonically,” “briskly,” “sneeringly,” “vehemently” and “soothingly.”

It is inevitable that a writer with so little respect for his craft will take the easy way out (despite the reported six years of labor on this volume) by relying heavily on the redundant and the tautological. So we read on page 5: “It was curious, that association of gold and his brother Frank and how they always went together in his mind.” Or on page 416: “. . . Rosalie said sweetly, and shouldered her muscular shoulders into her expensive coat.”

One can of course recall a number of desperately awkward novelists who have managed to surpass their limitations, who have from time to time risen to a burst of lyric eloquence redeeming all the stammering ineptitude. It is a matter of regret that Mr. Jones at no point rises or even seems aware of the need to rise above his adverbial plane.

One can also recall that literary history is lined with the figures of giants who have gained eternal life despite the tediousness of their prose, while the corpses of their niggling critics now lie happily nameless and forgotten. These are the writers who succeed in making us forget their clumsiness by the grandeur of their conceptions, the depth of their insights, the persistent “living quality” of their characters. It is a matter of even more profound regret that none of these attributes are present in any measurable degree (that is, in any degree capable of competing for our attention with the wretchedness of the prose) in Mr. Jones's new novel.

The hero of Some Came Running is an ex-novelist named Dave Hirsh, who returns to his Illinois home town after a 19-year absence; the story—sandwiched between an italicized Prologue describing Dave's combat days during the Battle of the Bulge and an italicized Epilogue describing the combat death of a younger would-be writer friend of Dave's in Korea—concerns the degeneration of the Hirsh family and its circles of friends, and by inference of all America in the forties and fifties. Dave has given up writing novels after having been jilted; he is reinspired to write by a flaming local intellectual named Guinevere French; their love comes to naught because Gwen French is a secret virgin, terrified of sex, and because Dave mistakenly diagnoses her case as nymphomania and marries a fat, moronic brassiere factory operator . . . Dave's brother Frank, an aggressive businessman, approaches the male climacteric by collecting mistresses and finally by turning voyeur, peeping at his own mistresses from alleyways . . . one of the mistresses’ grandmother dies slowly of a diverticulosis of the lower bowel under the mistaken impression that she has gonorrhea, after fornicating in parked cars with the drunken old father of Dave and Frank, and with other old pensioners. . . . The list is long, continuously sordid, and more than faintly nauseating.

Those who are interested will find Mr. Jones's explanation of this bulky catalogue of horrors on pages 418 and 419. Dave

. . . was amongst the Plebs . . . The “laboring element” The teeming swarming life-loving life-devouring antheap of the Forum . . .  And out at the Country Club tonight, the leaders. The vain energetic Caesars, the vain weakling Pompeys, the vain shrewd-politico Augustuses. . . . In a word: decadence, he thought, almost afraid to think the word. All of us. Everywhere . . .

These excerpts are not untypical of the sophomoric and jejune philosophizing which fills page after page, chapter after chapter, of an extraordinarily immature and undisciplined book. The pity of it is not that Mr. Jones is unlikely to profit either intellectually or artistically from the reception of a novel which should never have been published in this form; it is that countless other yokels in midland America (it is difficult to conceive of such ignorant and stumbling work being produced by Southerners, with their sensitivity to the language, or by writers from either coast, with their quick sophistication) will now be inspired to imitate Mr. Jones, in the effort to achieve by sheer doggedness and nagging ambition that which can never be produced in our culture by the uneducated and the untrained: a work of art.