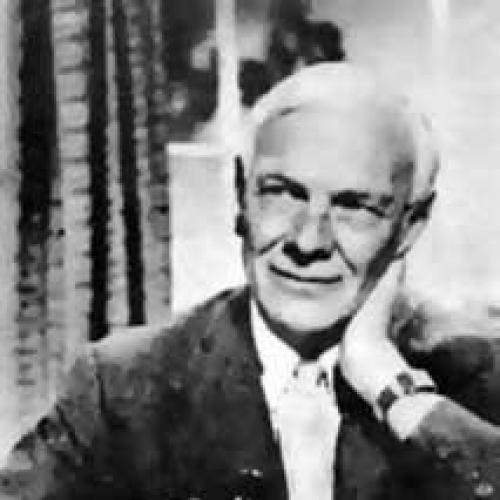 I first met C. P. Snow (later, Sir Charles Snow, and now Lord Snow of Leicester) some thirty-five years ago in Manchester when I was working on the Guardian. As I recall him in those days, he was a large, red-haired, rather wistful looking but still resolute man of about my own age. I was then 27. It emerged in the course of our conversation over tea that he was poised between being a writer and a scientist; had already written a thriller or so, but, I had the impression, leaned then in the direction of science. How good a scientist he was, I had, of course, no means of knowing. Nor, for that matter, have I now.

An impression that stayed with me was a worldly man. Worldliness is, by its nature, a highly romantic attitude; only mystics know how to be skeptical. Snow, I felt, was romantically worldly. Though, politically, he belonged to the Left (at that time, I should suppose, the fairly extreme Left), things like money and social eminence and success held great allure for him. My own romanticism (a late-Victorian throwback) was the converse of his. Success, I had convinced myself, was the hallmark of failure; the rich could only be contemptible, and, what was worse, bores. Thus, the idea of an ostensible intellectual like Snow wanting to be rich and successful struck me as bizarre, if not reprehensible.

Actually, as I see now, romantic worldliness like his is a great promoter of success in the field of action, through completely inimical to any other than the most mediocre achievement in the field of the imagination. The mists of desire obscure life’s landscape, whether to portray, describe or understand it; they facilitate its conquest. Thus, Napoleon had so romantic a notion of the glories and delights of power that he was able to grab it, in the same way that a greedy child gets the best cakes. He took so glamorized a view of the thrones of Europe that he was able to overturn them, and then stand them up again to accommodate his repulsive Corsican relatives.

Similarly with a certain type of literature. For instance, Stendhal’s novels derive much of their driving-force from his abject and ridiculous romanticism about being distinguished and important. One can trace the same thing in Evelyn Waugh, and, in a rather different way, in Proust. Snow is no Stendhal, certainly. Nor is he a Proust, or even a Waugh. One has, in fact, to agree with Dr. Leavis’s preposterous and portentous tirade against him to the extent of agreeing that Snow is a negligible writer. All the same, his great popularity in England and America, and still more in Western Europe and the USSR derives from his already mentioned romantic worldliness. He is the man rubbing his nose against the plate glass window of Vanity Fair, and telling the others who can’t even get near the window what it is like inside. Pascal, a non-worldly man, said that judges and sovereigns had to be attired in elaborate regalia because otherwise the threadbare nature of their authority would be exposed. Snow, contrariwise, finds the regalia marvelous in itself, and deduces from it the reality of the authority beneath. His only authentic grouse was that he had no regalia to wear himself. Well, now, as a peer and member of Harold Wilson’s Labour Government, he has.

Whatever may have been his inclination all those years ago when we met in Manchester, as things have turned out he has pursued neither science nor literature, but grazed in the limbo of no-man’s-land between them. It is as an academic functionaire that he has made his mark, his novels being a byproduct. They are narrated by Lewis Eliot, who is obviously himself; a fellow of Christ’s College, Cambridge; an occasional civil servant and knighted; a scholar of sorts, and a lawyer—but he might just as well be a novelist.

The latest offering, Corridors of Power, is about a Tory politician, Roger Quaife, who undertakes a rather indeterminate political operation directed towards extricating the government from its nuclear commitments. Considered as an exercise in political strategy the whole thing is quite exceptionally silly and difficult to follow. There is no particular need to try. After a series of ups and downs, Quaife is worsted, and has to resign. His downfall is assisted by an affair he has with the wife of a fellow-Conservative MP; described by Snow with all the sensitivity and subtlety of an elephant pounding through a cornfield.

The dynamic of the novel, as of the series of which it is a part (there are, I gather, four more to come), lies in the lush descriptions of the alleged workings of power in England through the House of Commons and the Government, through high-born families and the civil service, with money, patronage and influence as lubricants. There are the country house week-end gatherings at Basset, Diana Skidmore’s house in Hampshire; the dinner parties at the Quaifes’ house in Lord North Street, Westminster, presided over by Quaife’s energetic wife. Lady Caroline, or Caro as she is known to her friends, and, of course, to Lewis Eliot; encounters with Lord Lufkin, an industrialist, and Lord Houghton, or Sammikins, who “had published a short book on Anglo-Indian relations . . . it seemed anti-Churchill, pro-Nehru and passionately pro-Gandhi.” Poor old Sammikins! He never should have come out in the open as an admirer of the Mahatma. It got him into trouble with his family and political associates.

Words cannot convey the imbecility of this vision of power as conceived in Snow’s ponderous, totally humorless and endearingly innocent, or at any rate naive, mind. To transubstantiate, as the dear old fellow has done, those moustached Westminster hostesses into divinities; to take Basset back to Trollope and Lord North Street back to Disraeli; to fabricate out of universal suffrage democracy in its, and England’s, decrepitude a high drama of derring-do, a Church Lads Brigade Agincourt—this is something that only Snow could, or would, have attempted. Let me take, by way of illustration, a single sentence which caught my fancy. Snow mentions that “during the winter the gossip began to swirl out: from the clubs and the Whitehall corridors.” One imagines that so substantial figure; that huge moon face, unsmiling, portentous, looking across St James’s Park. Then, wetting a finger, holding it up to the wind, with an expression of great gravity: Yes (head on one side), yes, sure enough he can detect a decided current of gossip swirling past him from the clubs and Whitehall corridors.

But wait a minute—what clubs? What corridors? The Athenaeum, perhaps, where seedy clerics and atrocious dons desperately wash down bad food with bad wine. Or the Carlton, home of outmoded Conservative politicians in black coats hoping against hope for a telephone call that never comes to summon them to be under-under parliamentary secretary at the Ministry of Nothing. Or Whites whose red-faced members suck down their tenth Bloody Mary, still keeping a weather-eye open for Lord Boothby, or even Randolph Churchill. Or the Garrick. Dear God, the Garrick, frequented by noisy lawyers, moronic actors, and American newspaper and television correspondents who manage to persuade themselves that they are consorting with the mighty in their seats. Oh, Joe, oh Drew, come out from behind that decanter of port! I know you. As for Pratts—dear, gallant old Snow is on record as having reflected, while taking; a drink in its dismal premises, how remarkable it was that he, a poor boy from a poor home, should ever have found himself in this haunt of the smart and the great. Perhaps it is Pratts whence the rumors swirled. As it happens, it’s the only club mentioned by name in Corridors of Power, and (the point has no particular relevance) the only London club I still belong to.

As for the corridors, we journalists who have paced them often and long enough in search of a story; who have visited those sad, sad knights in their ministries, looked at them across their desks; grey, listless men with black briefcases stamped with the Royal Arms (ministerial equivalent of the airline bag) which they take with them, to and fro, between Whitehall and their homes in Putney or Wimbledon—we just can’t accept the swirling rumors. What wouldn’t we have given for just one tiny swirl to take back to the office and knock out on a typewriter. The truth is that journalism unfits one for reading Snow. One’s state of mind is all wrong. I give up. Sir Lewis Eliot, Lord Eliot, away! I want no more of you. Those last four volumes of yours, as far as I’m concerned, shall remain unread.

The rather amusing situation now is that Snow has been teamed up with Frank Cousins (about the nicest man, quite seriously, there is in England today; and hitherto head of the Transport and General Workers Union) to look after our technological development. Snow steps out of his novels into politics, and we shall all be watching closely to see how he fares. I have long held the view that power is to the collectivity what sex is to the individual. On this basis, writers like Snow obsessed with power may be compared, within their own terms of reference, with writers like D. H. Lawrence obsessed with sex; they display the same sort of seriousness; no more laughs in the corridors than in the woods when Lady Chatterley and Mellors were on the job there. They are, asit were, power-pornographers. For Snow to join a government is rather as though Lawrence had taken a job as a game-keeper. I am personally extremely grateful to Mr. Harold Wilson for having created this diverting situation, and only wish that he would cap it by taking Dr. Leavis into his government. What could Leavis be? The promised Ombudsman, perhaps. Or our first Minister of Culture.