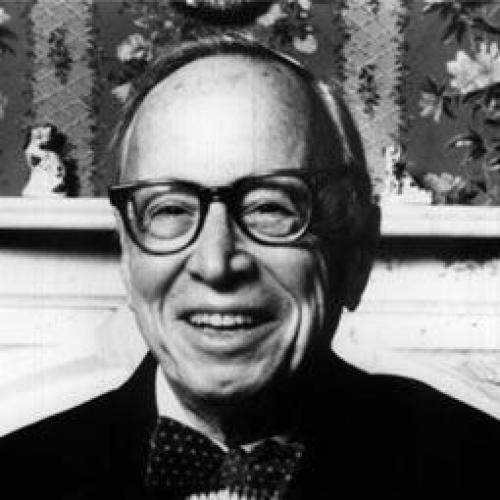 A review of American Paradox: The Conflict of Thought and Action by Merle Curti, and Testament of a Liberal by Albert Guerard.

These two books provide divergent but not incompatible commentaries on the predicament of the American intellectual. Professor Curti examines the historical record, Professor Guerard holds forth on the current scene; the tone of the one is sober and hopeful, of the other is insouciant and deflationary; the conclusions are quite different. Yet one feels that the two viewpoints complement each other in ways that the two authors would probably be quite happy to acknowledge.

The “paradox” which concerns Professor Curti is the persistent tension in American life between thought and action. American culture, he suggests, was founded on a relatively new idea—the idea that intellectual enterprise was no longer the monopoly of a privileged class, and that thinking and doing should be united. But, for all this, the relationship between thinkers and doers in America has remained prickly and uneasy. At times, as in the first years of the republic, scholarship and action have flowed together; but at other times, such as the present, there is a marked hostility between the intellectuals and the rest of society.

Professor Curti’s special concern is to account for the chronic anti-intellectualism of a culture which, in the abstract, places such a high value on education and learning. As a thoughtful historian, he cannot content himself with a single answer to so complex a problem. He traces the mistrust of intellectuals to a number of factors—to the equalitarianism of the frontier, to the utilitarianism of the business community, to the dogmatism of evangelical religion, to the tensions of the cold war, to the philosophical “revolt against reason.” In an appealing conclusion. Professor Curti argues that the best hope of resolving the conflict lies, not in the withdrawal of the intellectual from society, but in a renewed effort to participate in social reconstruction:

Only when American society discovers and recognizes all skills and talents as socially useful and important, andonly when it capitalizes these for the common good, will the antagonism between thought and action, between intellectuals and the rest of the people, finally diminish.

American Paradox is thoughtful and tempered in its approach, though somewhat discursive in its organization and not always sufficiently rigorous in its analysis. Thus Professor Curti’s definition of anti-intellectualism is not at all times clear. Does anti-intellectualism mean a contempt for logic and learning, for the use of reason? Or does it mean the conclusion—often the result of rational analysis—that non-logical and irrational factors play an overriding role in human behavior? The first would seem the more serviceable usage, at least for this discussion, and Professor Curti sticks to it most of the time. But he occasionally mixes it with the second, with the result of placing writers like Machiavelli and Reinhold Niebuhr in the anti-intellectual tradition. While a little more precision would have been helpful, we can nonetheless be grateful to Professor Curti for not yielding to the current fashion of inventing a devil called “Populism” and holding it responsible for every malign feature of the contemporary scene from Senator McCarthy to H. L. Hunt.

Professor Guerard’s book bears on the problems raised by Professor Curti, for Guerard is an old-fashioned rationalistic liberal intellectual, lighthearted and unrepentant, lighting his way by epigrams through the darkest 20th Century. His targets are the national State, the party system, the profit motive, and the sectarian church; and his ironic lament is that, while everyone condemns jingoism, partisanship, selfish greed and fanaticism, “after squaring our conscience, we do lip service again to the same ancient idols.” He proclaims himself a socialist, though this is obviously a gesture of ritualistic defiance. Professor Guerard has little interest in economics and seems unaware that his socialist faith is a vestigial dogmatism as unreal as many of those which he so brilliantly exposes. What he really wants is, not another Sweden, but, as he puts it, “a highly organized community of philosophical anarchists.”

Testament of a Liberal is a bracing book in 1956. It is agreeable to read a man who is crisp and witty and doesn’t give a damn. It is true that Guerard’s own presuppositions sometimes seem inconsistent with his philosophical ideals. When he writes, “We must stop making conflict the center of our political thought,” one wonders how he thinks freedom is likely to survive unless there is an opportunity and a will to fight for it. His youthful immersion in fin-de-siècle anarcho-syndicalism has given him an abiding hatred of politics. If political parties must exist, he says, let every administration be a coalition government—a conception which, one would think, has done enough damage to his native France. There is also in him a strong infusion of the old French maxim, “Pas d’ennemi à gauche”. This leads him to foolish remarks about President Truman’s declaring the cold war and to the suggestion that the dominating motive in American resistance to Communism is the preservation of “our freedom to grab.”

I am not sure that Professor Guerard’s approach would be quite constructive enough to meet Professor Curti’s prescription for diminishing the American antagonism between intellectuals and the rest of the people. Most of the “middle-roaders” whom Testament of a Liberal is directed against would doubtless only have their worst suspicions of intellectuals confirmed by exposure to Professor Guerard’s sparkling monologue. But perhaps along the way some might have a few preconceptions shaken; one or two might even be shocked into thought. While I support the earnest Deweyite labors proposed by Professor Curti, I feel that an injection of anarcho-syndicalist revolt—dissent for dissent’s sake—would also be enormously helpful in our increasingly homogenized culture. The attack against the Establishment has been going on for some time in Britain. We have our own Establishment, and it needs to be attacked too. I am prepared to hail a man who does it with Professor Guerard’s liveliness and point, even if he does at the same time hold preposterous views about the cold war. And I suspect that Professor Curti would agree that the relationship between the intellectual and society should exist on two levels—that uninhibited criticism has its role as much as constructive collaboration, that every healthy culture needs not only its John Deweys but its H. L. Menckens.