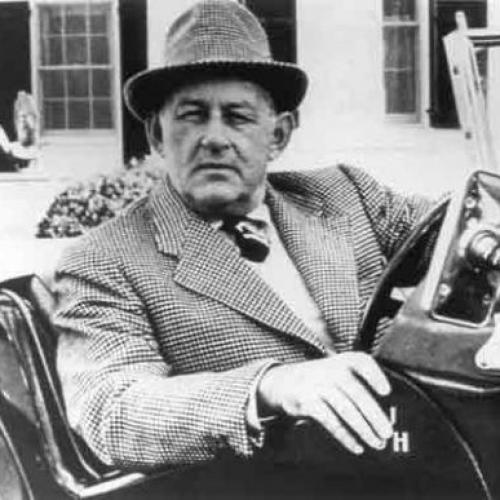 A review of Jazzmen by Frederic Ramsey, Jr., and Charles Edward Smith

I was sitting here, not bothering anybody, just listening to Mr. John Hammond on CBS giving a plug to Horace Heidt, and wishing I had $10,000 a year so I could go around discovering musicians like Horace Heidt, and with one mighty flick of the fingers turning off the sound of Mr. Hammond and Mr. Heidt—when in came a book on Jazz. The book: “Jazzmen,” a collection of fifteen pieces written by nine enthusiasts, edited by Frederic Ramsey Jr. and Charles Edward Smith, and containing some good pictures over some bad captions written (my guess is) by Charles Edward Smith.

Well, let’s come to order, folks. The trouble with most writing about jazz is that it reads one or more of several ways: as though it had been written with the attitude of a class secretary preparing an obit on a fellow he didn’t know awfully well and never was sure he wanted to know better; or written by a pedant who had rhythm and an ear in spite of himself; or written by Charles Edward (“I knows how to write”) Smith. I don’t know which is worst, but you’ll find all three in this book. It is a book you can put down, in spite of having a lot of stuff in it. Good stuff, too, which makes it all the sadder. I have yet to read a good book on jazz, although that is not to say that I recommend the destruction of those that have been written. Maybe a good book will come out of jazz, and until it does I may say that I approve the idea of a jazz literature, even that which we have now.

Why no good book on jazz? The answer may he hidden in my discovery that there has come to be almost a formula for the non-fiction books. This is the way I’d do it according to the formula: go back to Geip’s Syncopated Jazz Band of Altoona, Pennsylvania. That’s an early band most people never heard of, and starting with them like that would prove that I do go ‘way back. Oh, when Jack Gallagher and I got to singing “Jazz Me” at Pat Duffy’s Corner, Logan and Norwegian Streets, Pottsville, Pennsylvania, I knows how to write. . . . Then I would reprint the first four bars of “Stavin’ Change, the Meanest Man in Noo Orleens” and the first eight bars of “My Poppa Don’t Two-Time No Time Cause If He Ever Does Two-Time One Time Then He’s Never Gonna Two-Time No More.” That will prove I can read (which I can’t) and will decorate a page. Then let me tell you the one about Big Gate, the time he said to Paul, “But Paul, I only waved to her this way once.” That will prove I was one of the boys around the Onyx, the old-old Onyx, the one with the wire mailbasket on the wall that always had letters for Jack Pettis in it. Then I throw in maybe a mention of Astree-Luce, the old dame in “The Cabala” who got the Flonzaleys to play some passages a little faster. That will prove I didn’t spend all my time in Rooms, but sometimes dipped into Mr. Hobson’s cousin Thornton. Then a word or two about me and Oscar and Wallenstein, to show I also mingle with the velvet-jacket boys. Then I take a healthy crack at Paul Whiteman, write my own personal eulogy of the late great Leon Beiderbecke and be careful that I wait for another paragraph to state that white musicians don’t make—and there’s my book. And you can have it. I have the others.

I suppose I cannot legitimately quarrel with the enthusiasts for being enthusiastic. Wilder Hobson, for instance, is a part-time close friend of mine, and I don’t want to quarrel with him. But with all the words that all the enthusiasts have written, I have yet to see one simple statement attacking the musicians themselves for the perpetuation of that disgusting fraud that they go on calling swing. The boys have written about everyone and everything else. They still go on about Bix, who for my dough was not quite in the same league as Bobby Hackett, when the definitive piece on Beiderbecke was buried by one Frank Norris several years ago in Town and Country. Inevitably, because of the short history and other obvious limitations of jazz, the writing enthusiasts have to go over and over the same material, a fact which needs no further proof than you will find in “Jazzmen.” I am almost thirty-five, with more than twenty years’ listening-time behind me, so I wish one of the younger men would attack swing. But none of the younger men has, so I’ll make a try at it.

Swing is a fraud because it is non-existent. What the people call swing is just jazz, suddenly popular again because a new generation grew up and learned to call it swing. There is nothing new about it, nothing different except the name, and the name? Well, it’s like this: “to swing it,” means, or used to mean, to treat a passage or a whole chorus in a certain way. My vocabulary isn’t good enough to do the describing but some people will know what I mean when I say that swinging it was almost an onomatopoetic term; certainly it was a poetic term, which gave a pictorial description of the way the music was being played. To call present-day jazz swing would be a lot like calling present-day football pass, just because there is more passing now than there was fifteen years ago. They still hit the line and run the ends; and a lot of the jazz they play today is not swung.

Maybe it’s all right for the musicians, from Paul Whiteman down (and just so there’ll be no mistake about it, I want to state that I think he is the one great man in jazz), to consent to the dishonesty of calling it swing when they know it isn’t. Maybe it was expedient. Maybe the so-called revival would not have occurred or lasted so long if there had not been a new name for jazz. But I don’t like it. I don’t like it any more than I like Mr. Hammond’s definition of swing: “A band may be said to swing when its collective improvisations are rhythmically integrated.” That applies equally well to a jam session or to a Guy Lombardo rehearsal.

One thing more: I wish the johnny-come-latelies would take to hell their yapping about wonderful improvisation, say by Benny Goodman, while they are whipping themselves up to an appreciation of a lick that they know is coming three choruses hence. I once corrected George Gershwin on the playing of a Gershwin tune; I remembered his own recording of it better than he did. (Oh, plenty of witnesses.) I have no trouble remembering many arrangements as far back as Whiteman’s “Coral Sea,” and I take pleasure in anticipating what I know is to come. On the other hand, I like a genuine jam session. In brief, I love jazz.