You are using an outdated browser.
Please upgrade your browser
and improve your visit to our site.
Skip Navigation
New Hampshire Postcard 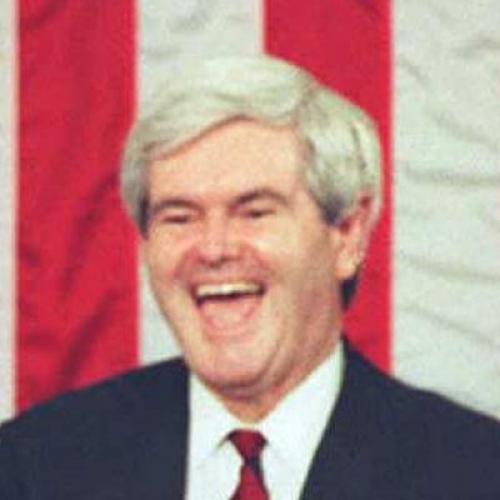 Newt Gingrich claims to be anti-crime, yet he spent his weekend in New Hampshire ogling the state’s most violent murderers. “I came here to look at moose,” Gingrich said over and over again, waving a fiendishly cute moose doll. But, according to the New Hampshire Department of Fish and Game, moose have killed nearly 250 New Hampshire drivers over the last decade when their cars plowed into these unregenerate animals, many of whom are still at large. While Newt cozied up to a rather ratty stuffed moose at a fancy political breakfast at Keene State College, a New Hampshire state trooper took me aside and related the killer’s modus operandi. “They weigh as much as 1,500 pounds,” he said grimly. “They’re so high off the ground that the car cuts off their legs and the body goes right through the windshield.”

New Hampshire does not seem like a natural habitat for the speaker. With his pasty pallor, he is an “indoorsy” kind of guy. Pudgier than one imagines, he looks like a Botero sculpture of himself. On his Sunday morning moose-walk in the White Mountain National Forest, he traded in his gray suit for a too-tight pair of Levis (waist 40, length 30, read the leather tag on the back) and a plaid short-sleeved shirt (all it lacked was a plastic pen holder, but, what the heck, it is the age of geek-cool). He then led a mechanized army of reporters along the swiftly flowing Androscoggin River, not so much marching as waddling. Accompanied by press secretary Tony Blankley, who was the very image of an English country squire in green Wellingtons and a riding cap, Newt good-naturedly ordered reporters not to slam their car doors for fear of scaring away the least graceful member of the deer family.

The locals who came out to see Newt ranged from trailer-park denizens to tuxedo-clad lawyers who attended a Sunday night Republican fund-raiser, hosted by Representative Sonny Bono. (“I related to the speaker through show business,” Bono noted. “Because he’s the biggest star of all.”) Newt is not an instinctive flesh-presser. Shaking hands and making small talk, he often seems as though he’d rather be conducting a seminar. Smiling sometimes looks like an unnatural act for him: in speeches, he can come across like the local hardware store owner who forces a manic grin at the end of his own thirty-second commercial.

The weekend offered many examples of Newt’s love-hate affair with the press. He excoriates “the elite liberal media establishment”—a compound phrase of four words that his polling long ago showed had pejorative connotations with voters. On the other hand, he clearly loves the attention. During the weekend he had so many press opportunities that one reporter muttered, “What did he do this time, go to the john?” At one point, Representative Bill Zeliff presented Newt with a bumper sticker that read, “i brake for moose.” Surrounded by reporters, Gingrich quipped, “I brake for press.”

Although Newt was on his best behavior over the weekend, he’s a mischievous fellow and could not resist tossing a few rhetorical cherry bombs. At a family picnic on Saturday at Nashua Fish and Game, a local gun club, Newt arrived rock-star-like by helicopter and gave a blood-and-guts speech about gun control. Surrounded by cheering New Hampshirites, Newt fired away: “The elite media equates violence and the right to buy arms. But the most famous murder trial in America is about a knife. Willie Horton used a knife. Recently at Harvard a female student used a knife to kill her roommate. The New York Times will not run an editorial calling for the banning of knives.” But Newt was just warming up. “The Second Amendment,” he barked, “is not about duck-hunting. I worked very hard to keep a straight face during the State of the Union when the president talked about duck-hunting. Gun control is punishing law-abiding citizens in their constitutional rights. The difference between Poland and Afghanistan is the right to bear arms. Had Germany had the right to bear arms there might have been no Holocaust.” In support of this argument, Newt nodded at a rather intense fellow standing beside him in a black suit. Newt had met him only moments before when he handed the speaker a tract called “Lethal Laws: ‘Gun Control’ Is the Key to Genocide.” The gentleman was a director of a Milwaukee-based organization called Jews for the Preservation of Firearms Ownership. After Newt had finished, the fellow explained, in rapid-fire fashion, why God wants us to be armed. “In the Talmud Tractate B’rachos (Blessings in English),” he said, “page 58a and 62b, there is the following injunction: ‘And the Torah says, “If someone comes to kill you, arise quickly and kill him.” ’ ”

At a charity hoedown in Goffstown, Newt was scheduled to make his entrance by wandering down a hill. Behind a yellow rope, a phalanx of press and camera crews waited. Instead of the speaker, Pat Buchanan sauntered down, resplendent in black cowboy boots, black studded cowboy hat and a denim shirt fringed with leather. But he was ignored in all the Newt-mania. Later, inside the barn, six middle-aged New Hampshirites in cowboy regalia did a two-step that they named the Newt Scoot, while the speaker looked on benignly. The emcee advised the audience, “All the steps go to the right.”

This article originally ran in the July 3, 1995, issue of the magazine.