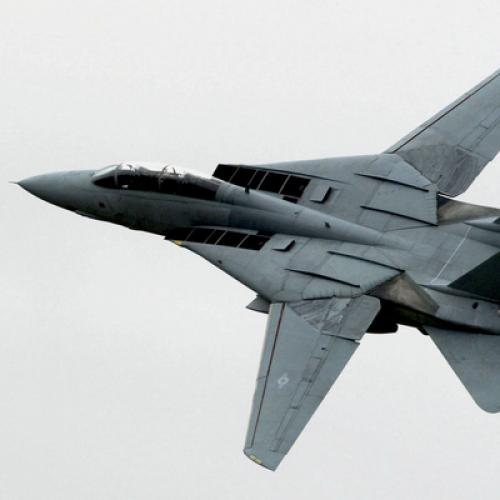 The recent U.S. naval battle against Libyan forces in the Gulf of Sidra has provided visceral satisfaction for Americans frustrated by the unanswered terrorist exploits of Muammar al-Qaddafi. It's about time the U.S. took such action. But the point of the exercise wasn't merely to give Qaddafi a good thrashing. Had that been the case, the U.S. Sixth Fleet could have wrought far more serious damage. In fact, the military operation was effective precisely because it combined a show of superior force with prudent restraint.

The skirmish we precipitated by venturing across Qaddafi’s "line of death" makes sense only if we regard it as a demonstration of American resolve against terrorism. Considered simply as a “proportional" response to Qaddafi’s clumsy assault, the U.S. attacks on Libyan missile sites and patrol boats were excessive. It was clear from the start that our purpose was not, as the Pentagon publicly insisted, to assert the right to navigate in the Gulf. The area lies outside any reasonable nautical course in the Mediterranean. While Defense Secretary Caspar Weinberger was telling reporters that the maneuvers had nothing to do with “settling scores," and a Pentagon spokesman was averring that he found it "unusual" that "Mr. Qaddafi chose to react to [the U.S. maneuvers] with force," Pentagon and White House officials were privately admitting the obvious. We picked this fight.

Military planners scuttled plans for similar maneuvers in January because a third aircraft carrier wasn't available to assist in the battle. And it is now widely known that at a “secret” meeting of the National Security Planning Group on March 14, President Reagan was accurately advised that, upon entering the Gulf, U.S. forces would be greeted by Libyan SAM-5 missiles. Secretary of State George Shultz, asked about the battle when he arrived in Athens shortly afterward, didn't even bother to feign surprise.

The Sidra confrontation was widely seen as providing a public relations boon for Qaddafi at home and among his allies in the region. But the perfunctory outcry from Egypt, Italy, and other uneasy neighbors shows no signs of materializing into solid support for the Libyan dictator. And the staging of a conflict over international seafaring rights, a dispute in which nearly all countries side with the U.S., provided our friends and allies with grounds to endorse our actions, or at least to mute their qualms.

By resorting to violence, the U.S. may have hampered its moral campaign to ostracize Qaddafi. But it is difficult to see what economic and diplomatic initiatives have accomplished. In May 1981 we ordered Libya to close its embassy in Washington, and after talks with Libyan representatives we despaired of curbing the Libyan government's outlaw activities. In 1982 we embargoed Libyan oil imports and curtailed high-technology exports to Libya. Following the

Libyan-supported carnage at the Rome and Vienna airports last December, the president announced further economic sanctions and urged our allies to join, to no avail.

Even so, a number of critics urge perseverance and restraint. The use of force, they say, will only produce further terrorist reprisals. This is possible. But it's not as though we have forestalled terrorism by abstaining from force. A Libyan plot to "pinpoint" U.S. diplomats in Europe for assassination emerged only after the president had clearly chosen to avoid a military confrontation following the Rome and Vienna massacres. Administration officials decided to send a stronger message when they concluded that it was only a matter of time before Qaddafi followed through on the plot. During the past week other Libyan designs against Americans have surfaced. But these plans were hatched before the U.S. took action in the Gulf.

Moreover, fear of reprisals is a poor basis for choosing options against terrorists precisely because terrorists count on this fear to tie their enemies' hands. After the Sidra confrontation, Qaddafi's ally Abu Nidal, the architect of the Rome and Vienna massacres, announced his intention to retaliate. Libya's state-controlled radio has been loudly advocating sabotage against American oil importers, the storming of American bases, and the executions of American consultants abroad. Libyan demagogues warn of suicide squads that will exact vengeance in the United States. Qaddafi would like nothing more than to paralyze the U.S. with such threats.

One way to deal with Qaddafi is to turn his own brutal logic against him. If he persists in sponsoring terrorism abroad, he will pay the price at home. It isn't certain that this approach will work. But it is clear that the United States is trying to send a message to Qaddafi. Immediately after the confrontation, U.S. officials leaked to the American press—and presumably for Qaddafi's perusal—the elaborate contingency plans of "Operation Prairie Fire," including bombing raids on Libyan military and industrial targets, depending on the Libyan response to our provocation.

The president's January 7 directive ordering all Americans out of Libya deprived Qaddafi of potential hostages in the present battle of nerves. The next U.S. move, should Qaddafi retaliate, might be a blockade of Libya's oil terminals on the Mediterranean, or more extensive military assaults against terrorist training camps and other missile sites. The Navy's selective strikes in the Gulf furnish a warning of less cautious actions to come.

The administration's misleading characterization of Qaddafi as a lunatic unfortunately undermines its rationale for the exercise. President Reagan may consider him "flaky," but Qaddafi understands financial incentives well enough to tolerate the presence of American corporations, and to help American citizens violate their own nation's ban on working in Libya. Saudi King Fahd reports that although in a recent conversation Qaddafi seemed "incomprehensible and disoriented," the U.S. action had clearly shaken him. And he has been deterred before. In 1979 military losses in Uganda compelled him to withdraw Libyan troops defending dictator Idi Amin. In 1983 he ceased a military annexation campaign in Chad when

French troops drew their own line of death and vowed to resist him with force. After he met with French president Francois Mitterrand to negotiate a joint troop withdrawal a year later, Qaddafi betrayed his word. Now it seems that he has been vainly seeking a similar charade to temper the U.S. response to the Rome and Vienna massacres.

What is really needed, critics say, is greater cooperation between civilized states to tighten security and apply economic pressure. There is nothing wrong with these strategies—except that they haven't been sufficient. Clearly, more drastic measures will be necessary. If the administration means this to be more than an angry outburst, it will patiently and judiciously extend such measures to Iran, and particularly to Syria, whose sponsorship of terrorism is less visible but far more extensive.

For years Reagan, like his predecessors, has talked tough but failed to act decisively against Qaddafi and his accomplices. Last year's brief aerial capture of Mohammed Abbas, who plotted and supervised the Achille Lauro ordeal, was a good start, but it depended on a lucky tip-off. This time the U.S. skillfully orchestrated a confrontation in which Qaddafi indisputably proved himself a lawless aggressor We hope this incident illustrates a new commitment to deal forcefully with the godfathers of international terrorism.