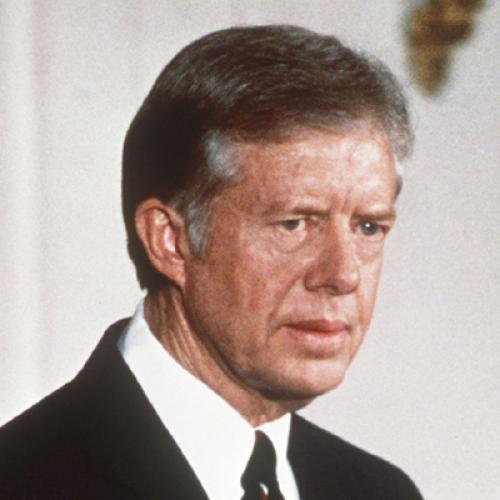 It has begun to occur to our leaders, at last, that the Western nations are helping to finance the international terrorism of which they are the victims. Recent steps by the Carter administration, prodded by Congress, to use America’s economic muscle in the battle against terrorism are long overdue.

Several anti-terrorism bills have been introduced in Congress in recent years. One—the Omnibus Anti-Terrorist Act, sponsored by Senator Abraham Ribicoff—has been winding its way through Congress and is likely to become law. It would require the president to publish a list of countries that aid and abet terrorism. It also would require certain retaliatory measures, including commercial sanctions and denial of landing rights to the airlines of nation that harbor air terrorists. Airline pilots favor this law, and so do we.

The administration already has begun with Libya, by holding up the sale to that country of $400 million worth of US trucks, airplanes and spare parts. Libya is a sensible place to begin: it is the headquarters of the terrorist international, and even takes public pride in this role. Its ruler, Colonel Muammar el-Qaddafi, is the financial patron of those who conduct the war of the few against all in the Netherlands, Japan, Egypt, Israel, Kenya, Colombia, Jordan, Ireland and Britain (where he ecumenically funds both Protestant and Catholic extremists), Italy, France, Lebanon, Spain, Germany and the United States.

Qaddafi has been described as a “nut” by Anwar Sadat and as “insane” by the Shah of Iran. He himself recently said that the contemporary world “gives my psychological problems.” Unfortunately, Libya’s great oil wealth and its miniscule internal needs have made it possible for Qaddafi to project his psychological problems around the world. He’s ready for mischief when the opportunity presents itself close at hand, as in Arica. But distance does not deter him, nor always ideological consistency. The prospect of innocent blood on the streets seems enticement enough. The destruction of Israel remains his highest priority, and various PLO factions are among his best cared for beneficiaries. But he also wishes to destroy the Saudi regime. After the OPEC meeting last month, his oil minister said with menace, “When some countries have free political will, we’ll have a stronger OPEC.” Saudi Arabia is at the top of the list to be “liberated.” In addition, he is always eager to provide support to random murderers throughout Europe and elsewhere, provided they assert the rationales of Marxism or the fervor of Islam. Here in the United States, his favorite charity is the violent fringe of the movement for Puerto Rican nationalism.

The American manufacturers who are losing some lucrative deals are annoyed, and assert that the cutoff will have no effect. Oshkosh Truck Company, which was ready to sell $72 million of trucks to Libya, argues that the Libyans will just turn to West Germany or France for trucks (or perhaps to Italy’s Fiat, of which the Libyan government now owns 13 percent). But so far, at least, the Europeans have not rushed into the breach, and there is reason to hope that the US example will encourage them not to. After all, Europe has suffered far more than the United States from Qaddafi’s adventurers.

There is another way we might set an example for the civilized world which, if followed, might do even more to rein in Qaddafi’s rampaging psyche. In a more confident age when wickedness was recognized for what it was an effort to quarantine the aggressor would have seemed natural. Now it seems hardly imaginable. But a more limited tactic may be more plausible. It is suggested by the US trade balance with Libya for 1977: we sold $314 million of goods, while we bought more than ten times as much--$3.8 billion, almost all of it oil. That is where we matter to the Libyans—not as sellers but as buyers, and increasingly important buyers. In 1973 the US took just six percent of Libya’s oil production; in 1977 we took 33 percent. We are Libya’s most important customer.

By buying Libyan oil we are subsidizing terrorism. In a peculiar form of petrodollar recycling, we also are subsidizing the Soviet military establishment by providing hard currency for Libyan purchases of Soviet military hardware. If we want to restrict Libya’s ability to finance international terrorism, we should shut our markets to its oil. The administrative problems would not be difficult, and any oil companies heavily dependent on Libyan crude could be compensated for the disruption to their business.

The condition of the international oil market right now makes this a most advantageous time. The worldwide economic slowdown has combined with the new production of oil in the North Sea and Alaska to create a slack in the market. OPEC’s capacity is 36 million barrels a day, but its production has been down to 29 million barrels. This excess is the reason OPEC did not raise its prices last month. This market condition is likely to last for five or more years.

Thus it is much more a buyer’s market today than it was in the early 1970s. This means we do have some choice about from whom we buy our oil. Nigerian or Indonesian oil could substitute very well for Libyan oil in our refineries, and both these populous countries could use the additional revenues for constructive purposes. We also should look for new sources of oil in promising areas owned by our Latin American allies—Mexico, Argentina and Venezuela. If we have some choice, in other words, we should buy oil from countries that share our interest.