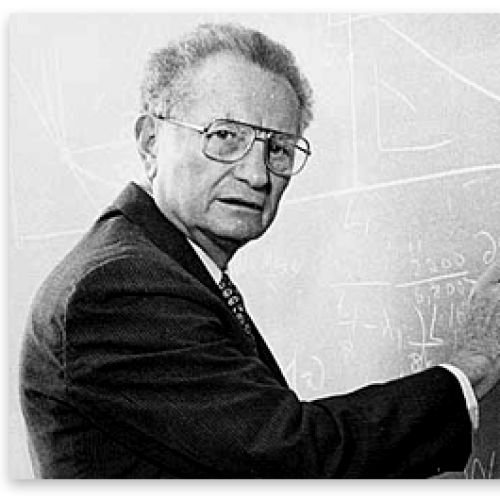 The remarkable complacency of the Washington expert in the face of impending serious unemployment was discussed in the previous article. Before enlarging on its momentous consequences, we may inquire into the origins of this optimism, shared by neither labor, agriculture nor industry.

Three years ago when I first went down to Washington, everyone was extremely pessimistic. The extreme reluctance of the business community to expand (at the government’s expense) plants badly needed for the war indicated pretty clearly who were the real believers in secular stagnation. Pessimism was clearly overdone, and gradually the economist began to marshal the following rays of hope: (1) Even a superficial glance—and they were mostly superficial—at our experience after the last war shows that disaster did not follow upon utterly planless demobilization and production slashes. (2) In this war, as producers’ and consumers’ durable goods became unavailable, the realization grew that there might come out of the conflict a backlog of deferred demand. (3) Later, increased emphasis was placed upon the financial fact that high war incomes without high levels of civilian goods inevitably meant the piling up of extraordinarily high levels of individual and corporate savings. Whether in the form of cash or bonds, these could provide stimulus after the war. One government statistician, who shall be nameless, actually predicted 40 years—count them! Of uninterrupted prosperity on the basis of this factor alone, and he concluded, logically enough, that post-war planning was no necessary. (4) The Great Depression pretty much gave the lie to the view that a laissez-faire economy necessarily produces an even keel of business activity, but the notion still lingered deep in the bosom of many economists.

After months and years of wartime prosperity, memories of unemployment faded and the original notion reasserted itself, but with one significant difference. The cry began, “Business enterprise can create its own prosperity,” with the appended proviso, “so long as government restores a favorable environment to venture capital, etc., etc.” (5) And finally as a last resort, if any lingering doubts remained concerning the inevitability of postwar prosperity, the economist could always draw a blank check upon the wonders of technology which the war would spew forth—television, flivver planes, synthetics, air-conditioning, plastic autos, and so on.

There is a grain of truth in each of these points, and therein lies their danger. For the immediate period ahead, they are less relevant than for the intermediate long run after the shock of demobilization and reconversion has been successfully met. But in any case, no one of them, or all together any combination quantitatively, can compare with the most striking factor in the present situation, concerning which we have become so jaded as to forget its existence.

Every month, every day, every hour the federal government is pumping millions and billions of dollars into the bloodstream of the American economy. It is as if we were building a TVA every Tuesday. Did I say every Tuesday? Two TVA’s every Tuesday would be nearer the truth. We have reached the present high levels of output and employment only by means of $100 billion of government expenditures, of which $50 billion represent deficits. In the usual sense of the word, the present prosperity is “artificial,” although no criticism is thereby implied. Any simple statistical calculation will show that the automobile, aircraft, ship-building and electronics industry combined, comprising the fields with rosiest postwar prospects, cannot possibly maintain their present level of employment, or one-half, or one-third of it.

I myself am somewhat apprehensive over the period after reconversion and demobilization. But even if I am wrong or especially if I am wrong, it is demonstrable that the immediate demobilization period presents a grave challenge to our economy. How well we meet it will not simply determine living standards and unemployment in the next fifteen months. The tone of the whole postwar decade will be crucially conditioned by our degree of success in providing continuity of income and employment in the transition period from war to peace.

To men on the fighting fronts, civilian life, must now seem remote. And yet, soon after peace comes, recollections of battle will mercifully fade and in memory the war years will appear as a point of no duration but of infinite intensity. To the civilian population the war period, is scarcely more real. Only gradually are we becoming accustomed to a full-employment economy, where effort and skill are needed and sought after. Even more precious than the augmented family weekly take home, is the enhanced sensation of personal security which a high level of effective demand, has created. In. the last war, many observers were shocked to hear the frank assertion, “Say what you will, this war has made many a happy home.” It is a sad commentary upon our peacetime management that the same feelings should be entertained today by more people than would care to admit it.

But underneath, in the deep recesses of the subconscious, there is uneasiness. Men of all occupations feel that it is the war which has brought transient prosperity. After the war, what? Everywhere we have quit jobs with permanent tenure, have married, have had children. All of us feel that we are riding a tiger. We push worries about the future out of our minds because there is no use in worrying. In a dim way we feel that if things get bad enough, the government will have to do something about them, and this is but cold comfort. Despite a superficial veneer of optimism, a great fear stalks the land.

Since no one quite believes in the great increase in national product during the war, it will be only too easy after the war to become adjusted to a level of income far lower than is within our power to produce. If production is permitted to slump, if economies of large-scale operation are sacrificed, if valuable members are driven out of the labor market against their will, if hours are cut beyond the true preference of workers for leisure over income, the dramatic lesson of the war will be wasted.

I predict that the campaign to debunk wartime increases in production, which is just beginning, will swell into a mighty chorus. We shall be told that war prosperity was an illusion; that we did not produce what we did produce; that even if we did, such output is incommensurable with civilian goods and proves nothing about peacetime real incomes, etc., etc. There is a small bit of truth in such arguments. Some water is to be found in war-production figures. Our labor force is swollen beyond maintainable standards. But make no mistake about it. Upon any reasonable, conservative reckoning, it is absolutely certain that prior to the war we were underproducing by an amount far greater than anyone realized. This was the tragedy of the thirties, scarcely less terrible than the mass unemployment of the decade: the American economy was frittering away in unemployment, underemployment and disguised unemployment a vast and ever increasing amount of real income.

It would be even more tragic if the truth revealed by the war were to be lost in its aftermath. For we can attain our true potential only by striving after it.  There is a growing group, who, are appalled by this prospect, who are beginning to fear full employment itself. Our greatest immediate postwar need, therefore, is to establish, for the record one or two undeniably high peacetime years of real income.

If we fail, blood will not run in the streets. We shall not necessarily have fascism or communism. Probably veterans will not sell apples on corners. Corporation profits will not disappear. Hourly wage rates will not be driven down to a subsistence level.

Our system only too easily adapts itself to unemployment. Technology is so improved that unless we mismanage our economy completely, we shall still have more real income than before the war, and more real consumption than during the war. But to live up to our technological potential, to provide full opportunities for employment, to create a measure of personal security, we must go more than 50 percent beyond highest prewar levels. We must see that any relaxation from peak war outputs is simply that, and not a vicious, cumulative, spiral of unemployment. If we do not succeed in this, it will be bad economics. To let the war years remain in popular memory as a kind of utopia would be equally bad politics and morality.

I shall not attempt here to answer in detail the inevitable question, “What to do about this?” Fear has a harmful effect upon action. Let the people and policy-makers become cognizant of the grave situation ahead. Let them worry about it sufficiently to become motivated to act. Let them proceed in a common-sense way from their own diagnosis of the origins of wartime prosperity. Let them disregard the shibboleths, inconsistencies and confusions of so-called orthodox finance. Let them do these things, and they will not need the advice of high-powered theory or statistics to determine in which direction correct policy lies.

Economically, the war did not begin with Pearl Harbor. Nor will it end with the defeat of Japan. Our economic system is living on a rich diet of government spending. It will be found cheaper in the long run, and infinitely preferable in human terms, to wean it gradually. In no six-month period should the cuts in government expenditure run ahead of civilian expansion by more than $10 billion.

Today one often hears that private industry should be given a chance to carry the ball; if it fails, the government should step in. This is a dangerous gamble, as unfair to private enterprise as to the nation at large. A better analogy from the world of sport would be passing the baton in a relay race. The receiver must acquire almost the same momentum as the passer before the transfer is made. Otherwise, the pace is lost and the stick may be fumbled. Until civilian production is in a position to expand, the government must be moderate in its slashes.

This means we must embark upon a substantial program of income maintenance via welfare payments, social security, etc. We must exercise the greatest ingenuity in overcoming the technical delays to reconversion along with the effective prosecution of the war. We must be planning more on a state and national scale for a vast expansion of useful public construction, for its own sake, and for maintenance of income and employment. We must correctly appraise the true social costs to ourselves of loans, gifts and relief activities abroad, and decide what we can afford. We must repeal regressive taxes which curtail consumption.

Most important of all is the need to recognize the “spotty” character of the period ahead. We shall have incipient inflationary gaps alongside deflationary gaps, labor-market dislocations and unemployment. Every vitally important governmental policy will somewhere add to inflationary pressure, just as will every expansion of civilian investment and consumption. By unwinding direct controls gradually, we can hope to avoid the worst of both worlds of inflation and deflation, but not otherwise.

None of these is a difficult matter, but each one requires more than a policy of muddling through. For better or worse, the government under any party will have to undertake extensive action in the years ahead. Simply to pile up more obsolete munitions as a boondoggling device to avoid unemployment would indeed be counsel of despair—bad politics, bad morals, bad social accounting. But to let a major slump develop through inaction—that would be a counsel of disaster.