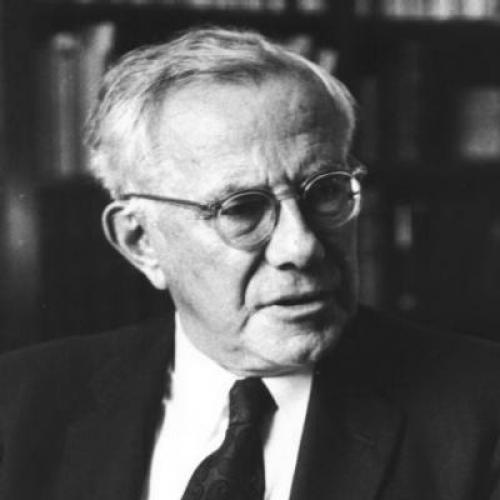 Power is never only physical force; it is also the power of symbol and ideas in which the life of a social group expresses itself.

In an indistinguishable unity of power drive and vocational consciousness the Romans subjected the Mediterranean world to the Roman law and the order of the Roman empire, based on this law. In the same way, Alexander brought Greek culture to nations which were subjected in terms of both arms and language. Considering the fact that these two imperial drives in their amalgamation created the condition and frame of the spread of Christianity, we cannot say that their vocational consciousness was wrong. The same must be said about the medieval German Empire, which, on the basis of the power drives of the Germanic tribes and the vocational consciousness of the Germanic kings, created the structure for the united Christian body with all the glory of medieval religion and culture.

After the end of the Middle Ages the European nations combined power drives with vocational consciousness of different character. Spain’s world conquering imperialism was united with the fanatical belief in being the divine tool of the Counter-Reformation. England’s vocational consciousness was rooted partly in the Calvinistic idea of world politics for the preservation of pure Christianity, partly in a Christian-humanistic feeling of responsibility for the colonial countries and for a solid balance of power between the civilized nations. This was inseparably united with an economic and political power drive and produced the largest Empire of all times and almost eighty years of European peace.

The vocational consciousness of France was based on its cultural superiority in the seventeenth and eighteenth centuries. Modern Germany was under the impact of the so-called Real-Politik without a vocational consciousness. Her ideology was the struggle for Lebensraum, partly in competition with the colonial nations and therefore in competition with them. Hitler’s use of an obviously absurd vocational idea, that of Nordic blood, was artificially imposed and only reluctantly accepted, because there was no genuine vocational symbol.

Today two great imperialistic systems fight with each other in terms of both force and vocational consciousness: Russia and America. The Russian vocational consciousness was based on its religious feeling that it had a mission towards the West, namely, to save the disintegrating Western civilization though Eastern mystical Christianity. This was the claim of the Slavophile movement in the nineteenth century.

Present-day Russia has a similar missionary consciousness towards the West and at the same time towards the Far East. Her power drive, which in the official counter-propaganda appears as the desire for world-domination, is not understandable without her fanatical vocational consciousness, which must be compared with that of all other imperialistic movements. America’s vocational consciousness has been called ‘‘the American dream,’’ namely to establish the earthly form of the Kingdom of God by a new beginning. The old forms of oppressive power were left behind and a new start was made. In the Constitution and the living democracy (both are quasi-religious concepts in the United States) the will is embodied to actualize what is felt as the American vocation. This was originally meant for America alone. Now it is meant explicitly for one-half of the world and implicitly for the whole world. The actual power drive working together with this vocational feeling is still rather limited. But the historic situation increases it more and more; it is already justified to speak of half-conscious American imperialism.

The present decrease in national sovereignty, the rise of embracing power groups, and the split of the world into two all-embracing systems of political power raises naturally the problem of a united mankind. The presupposition for a political world unity is the presence of a spiritual unity expressed in symbols and myths. Nothing like this exists toady. And before it does exist a world state has no power to create silent acknowledgement.

It may well be that after the period of world history which is characterized by the rise of one power structure to universal power, with a minimum of suppression, the law and the justice and the uniting love which are embodied in this power will become the universal power of mankind. But even then the kingdom of God has not come upon us. For even then disintegration and revolution are not excluded. New centers of power may appear, first underground, then openly, driving towards separation from or towards radical development of the whole. They may develop a vocational consciousness of their own. Then the power struggles starts again and the period of the fulfilled world empire will be as limited as the Augustan period of peace was.

Can uniting love never unite mankind? Can mankind never become as a whole a structure of power and a source of universal justice?

It is the merit of pacifism that, in spite of its theological shortcomings, it has kept this question alive in modern Christianity. Without it the Churches probably would have forgotten the torturing seriousness of any religious affirmation of war. On the other hand, pacifism has usually restricted a much larger problem of human existence to the question of war. But there are other questions of equal seriousness in the same sphere. One of them is the question of armed conflicts within a power group, always going on potentially in the use of police and armed forces for the preservation of order, sometimes coming into the open in revolutionary wars. If successful, they are later on called ‘glorious revolutions.’ Does that union of mankind mean that not only national but also revolutionary wars are excluded? And if so, has the dynamics of life come to an end?

One can ask the same question with respect to the dynamics of the economic life. Even in a static society such as that of the Middle Ages, the economic dynamics were important and had tremendous historical consequences. Should the economic dynamics be stopped and a static world system of production and consumption be introduced? If this were so the whole technical process would also have to be stopped, life in most realms would have to be organized in ever-repeated processes. Every disturbance would have to be avoided. Again the dynamics of life and with it life itself would have come to an end.

Let us assume for a moment that this were possible. Under an unchangeable central authority all encounters of power with power are regulated. Nothing is risked, everything is decided. Life has ceased to transcend itself. Creativity has come to an end. The history of man would be finished, post-history would have started. Mankind would be a flock of blessed animals without dissatisfaction, without drive into the future. The horrors and sufferings of the historical period would be remembered as the dark ages of mankind. And then it might happen that one or the other of these blessed men would feel a longing for these past ages, their misery and their greatness, and would force a new beginning of history upon the rest.