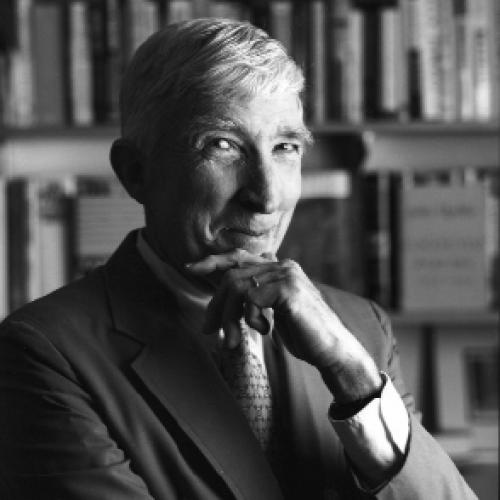 “Of my own writing have been as usual trying this that and the other thing, finishing little or nothing. Most of it has hung somewhere between satire and what I suppose would be called ‘moralistic’ writing: I wish I could get both washed out of my system and get anywhere near what the real job of art is: attempt to state things as they seem to be, minus personal opinion of any sort. No use talking: for various reasons of weakness & lack of time I continually fall far short of, i.e. betray, things I know better than to betray.”

Had James Agee been more productive of the poetic fiction he seemed destined to write, this book of letters—written over a period of 30 years to his boyhood teacher and lifelong friend the Episcopalian priest James Harold Flye—presumably would not have been published. Both the Hap copy and Robert Phelps’ introduction invite us to lament over Agee’s aborted and tormented career. Phelps quotes an especially precocious early letter, written from Harvard, and asks, “How then did Agee do with his gifts what he did do? Why did he not write a dozen Chekhov-Shakespeare novels [the letter describes such an ambition] instead of a quarter of a million unsigned words for Time and Fortune?”

Why indeed? It is a good question; yet to ask it, in the form of a five-dollar book, is to reduce Agee to a question-mark. A subtle insult hides in this homage. Phelps explains, “In Europe, works are all that are required of [authors], and they are honored accordingly. Here they must also use their bodies and personal histories and failures (above all, their failures) to make us emblems,”and goes on to install Agee in the American pantheon “with these letters as his testament, and the image of his scattered vocation as his didactic emblem.”

Rather unwittingly, these sentences take the pulse of a very sick literary situation. A fever of self-importance is upon American writing. Popular expectations of what literature should provide have risen so high that failure is the only possible success, and pained incapacity the only acceptable proof of sincerity. When ever in prose has slovenliness been so esteemed, ineptitude so cherished? In the present apocalyptic atmosphere, the loudest sinner is most likely to be saved; Fitzgerald’s crack-up is his ticket to Heaven, Salinger’s silence his claim on our devotion. The study of literature threatens to become a kind of paleontology of failure, and criticism a supercilious psychoanalysis of authors. I resist Agee’s canonization by these unearthly standards. Authors should be honored only for their works. If Agee is to be remembered, it should be for his few, uneven, hard-won successes. The author of the best pages of Let Us Now Praise Famous Men and A Death in the Family owes no apology to posterity. As to “the quarter of a million unsigned words,” surely a culture is enhanced, rather than disgraced, when men of talent and passion undertake anonymous and secondary tasks. Excellence in the great things is built upon excellence in the small; Agee’s undoing was not his professionalism but his blind, despairing belief in an ideal amateurism.

The truth is that we would not think of Agee as a failure if he did not insist on it himself. “Meanwhile I am thirty and have missed irretrievably all the trains I should have caught.” “Or briefly, though the impulse is OK, / I haven’t, really, a damned thing to say.” “I am depressed because whether I am to live a very short time or relatively longer time depends . . . on whether or not I can learn to be the kind of person I am not and have always detested; and because, knowing my own character pretty well, I know pretty well what my chances are, even though I will try.” These letters brim with self-accusations. “I have a fuzzy, very middle-class, and in a bad sense of the word, Christian mind, and a very clouded sensibility.” “I knew I had some self-pity; I even defend it, in moderation. But I didn’t realize how much I have, and still don’t sufficiently.” “Another [fault] is the whole habit of physical self-indulgence; the only degree of asceticism or even moderation I’ve ever given a hoot for, let alone tried briefly to practice, has been whatever might sharpen enjoyment. .. . Another is in some way caring much too little whether I live or die.” “ . . . I have nothing good to say about myself....”

Of course, in writing to Father Flye, Agee is addressing not only a priest but the embodiment of his boyhood aspirations. Agee was religious in preferring self-disgust and even self-destruction to any downward adjustment of these aspirations. “I would certainly prefer death to reconciling myself.” Among the things he refused to be reconciled to was his own nature as a writer.

Alcohol—which appears in the first Harvard letters (“On the whole, an occasional alcoholic bender satisfies me fairly well”) and figures in almost every letter thereafter—was Agee’s faithful ally in his “enormously strong drive, on a universally broad front, toward self-destruction.” But I think his real vice, as a writer, was talk. “I seem, and regret it and hate myself for it, to be able to say many more things I want to in talking than in writing.” He describes his life at Harvard as “an average of 3.5 hours sleep per night; 2 or 3 meals per day. Rest of the time: work, or time spent with friends. About 3 nights a week I’ve talked all night. . . .” And near the end of his life, in Hollywood: “I’ve spent probably 30 or 50 evenings talking alone most of the night with Chaplin, and he has talked very openly and intimately.” And what are these letters but a flow of talk that nothing but total fatigue could staunch? “The trouble is, of course, that I’d like to write you a pretty indefinitely long letter, and talk about everything under the sun we would talk about, if we could see each other. And we’d probably talk five or six hundred pages…”

He simply preferred conversation to composition. The private game of translating life into language, or fitting words to things, did not sufficiently fascinate him. His eloquence naturally dispersed itself in spurts of interest and jets of opinion. In these letters, the extended, “serious” projects he wishes he could get to—narrative poems in an “amphibious style,” “impressionistic” histories of the United States, an intricately parodic life of Jesus, a symphony of interchangeable slang, a novel on the atom bomb—have about them the grandiose, gassy quality of talk. They are the kind of books, rife with Great Ideas, that a Time reviewer would judge “important.” The poignant fact about Agee is that he was not badly suited to working for Henry Luce.

He half-knew it. “The only writing I do which approaches decency is on this job [for Fortune]—and on other stuff I seem to be pretty well congealed.” Twelve years later, Agee wants “to write a weekly column for some newspaper or magazine—very miscellaneous but in general, detailed topical analysis of the very swift and sinister decline and perversion of all that might be meant by individualism . . . etc., etc.” In praising Kafka, he observes curiously that Kafka appears “in a way totally uninterested in ‘literature’ or ‘art’ except in so far as they are his particular instrument for studying, questioning and suggesting more sharply than he otherwise could.” Whereas Agee was far too “much moved and excited by Ideas—related with general existence and with art “ Ideas—particularly the American idea of the Great Novel, literature as a Puritan Absolute—obsessed Agee, and hounded him out of contentment with his genius, which was for spontaneous, gregarious commentary rather than patient, eremitical invention.

In the last of these letters, mostly written from the hospital bed where his overstrained heart had taken him, there are hints of reconciliation. His work with the movies—the cooperative art par excellence—affects him rather cheerfully. His prose takes on crispness. The tortuous, grinding note of self-reproach diminishes. Looking back on his career, he is pleasantly “surprised I have gotten done even the little that I have.” He coherently and masterfully sketches several script ideas—a scene from Candide, a moral (and satiric) film fantasy about elephants. His versatility, his ardent interest in “that that and the other thing,” were beginning to find channels; perhaps there was some use in talking. But his body was ruined, and abruptly his magnanimous spirit and eager intelligence vanished from the world of American letters, to whose Manichaean stresses he had been so sensitive, and whose opportunities he had been so ingeniously reluctant to seize.