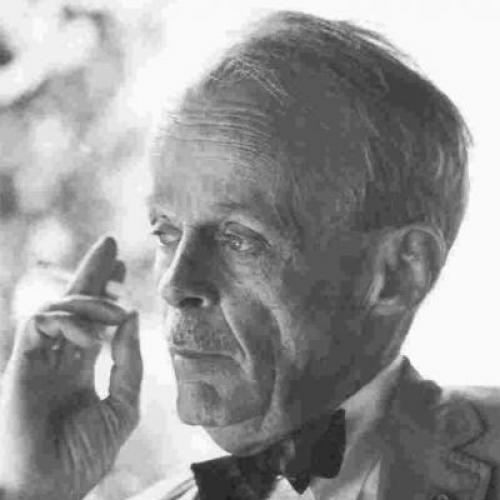 This small, provocative book is less a parallel study of Lincoln and Lee than a closely packed, dramatic narrative of the trials of spirit that beset the Northern President from his first inauguration to his death. The emphasis, at the outset, falls upon a new and too long neglected aspect of Lincoln’s career. He comes out of the narrative a hero, but he does not enter it in that role. This is a heresy. But Professor Dodd introduces it, as all heresies are most effectively introduced, quietly and as if it were nothing new. Lincoln comes to Washington a well meaning, kindly, bewildered, inexperienced doctrinaire; he does not foresee the tendency of his party, which is to crush under a plutocracy the simple democracy that he loves; he is ignorant of the people and their history; he is hesitant; and the trouble begins.

The first crisis, the Crittenden Compromise, came in December, 1860, before Lincoln reached the White House. No historian, to my mind, has offered a satisfying explanation of Lincoln’s rejection of this measure. It would have given the North all its reasonable demands, provided for the inevitable decline of slavery, pacified the South, and averted the Civil War. It is true that the Compromise came up a little late; South Carolina had seceded before it could be argued out; but even if, in the tangle of events, it could not have been made effective, the reason of Lincoln’s rejection is interesting. To it, as a focal point, the question of his personal integrity at this time must be directed. He brought on the Civil War, in the light of our present knowledge, mainly out of party loyalty, perhaps out of blindness to the consequences of such a loyalty. The platform of the Republican party would have collapsed had Crittenden succeeded: his Compromise must not go through. It is to be hoped that some new and extenuating fact may yet be found in the evidence. Professor Dodd, with fine detachment, touches the point, and passes on.

Into the brief compass of the narrative he marshals, in order and perspective, the miscellaneous and confusing mass of the whole Civil War. Lincoln’s crisis of 1862, when the Confederate chances of winning were “two or three to one,” followed by the return of Lee to Virginia and by the precarious Emancipation; the hairbreadth victory at Gettysburg, and the subsequent inactivity of Meade, the victor; Grant’s tactical defeats of 1864, which were made up by Lee’s blunder in letting him cross, unmolested, the lower James; the internal strife of the Copperheads and the Radical Republicans, both inimical to Lincoln; the harrowing interaction of politics and war in which success in the field was necessary to his reelection, and reelection to success in the field—these great events and crises, the magnitude of which the world had not seen before or since the time of Napoleon, Professor Dodd keeps firmly in his grasp, and the perspective is clear. Always opposed to the will of Lincoln is the will of Lee, the aristocrat whose simple instincts and complex intelligence were curiously like those of his poor-white enemy. The portrait of Lee is greatly foreshortened, but the very simplification intensifies the drama of two great opponents. They seem to stand for the best in two opposed streams of American life up to their time, and when Professor Dodd asks, at the end, “Is it Lincoln or Lee the country honors most today, honors by imitating?” the answer is not hard. It is simple: Neither.

The portrait of Lee is the most intelligent I have seen: he seems to become even greater in the possession, for the first time, of a fault. He had a naïve, reticent pride in his military successes. Professor Dodd seems to follow Longstreet and other contemporaneous critics in his partial ascription to this weakness of the failure of the Gettysburg campaign. But if the South had won Gettysburg, Lee’s “over-confidence” would never have had a name. It must be said that the battle was lost for three reasons, all of which were men: Stuart, Ewell, and Longstreet. Lee’s over-confidence was largely concentrated upon his subordinates; he had got used to Jackson, of whom there was no second.

I beg to differ with Professor Dodd when he says that at Gettysburg the Confederates were “overwhelmed,” and lost 33,000 men. The South lost, at a liberal estimate, 23,000, the Union 2,000 more than that. Meade won only in the sense that he was not defeated and that Lee lacked the reserve power to resume the campaign on Northern soil. (The Union won Gettysburg not quite so unequivocally as the South won Antietam.) Meade did not attack Lee until ten months later, after he was taking orders from Grant. The point at issue is that Gettysburg was not so decisively a Northern victory as to appear critical to contemporary eyes. Lee’s resources were dwindling, but at the beginning of 1864 he was powerful as ever, and given the “breaks,” he might yet have won.

In fact, it is Professor Dodd’s sense of the fortuity of events in that penultimate year, in which the weight of a feather might have changed history, that informs his book with suspense and makes it one of the most moving historical narratives of recent years. The method is admirably suited to his purpose. The style is effective, though shorter sentences and fewer absolute constructions, which do not get on so well in English narrations as in Greek, might have pushed events more swiftly. But the impressionistic accumulation of detail builds up a sense of the whole, of a living reality. Only Professor Carl Becker, of American historians, writes so well.