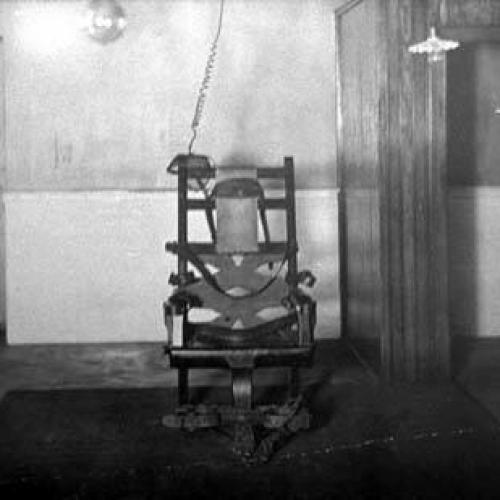 For some years now it has been happily apparent that capital punishment was on its way out in the United States, as it was in most of the Western world. Thirteen states had either restricted capital punishment to a small class of quite special cases, or abolished it altogether. In the federal jurisdiction, the official position of the Department of Justice, conveyed to Congress by Attorney General Ramsey Clark while serving as deputy attorney general, has been in favor of abolition. Even in states where capital punishment still formally existed, scarcely any executions took place, owing to the (evidently systematic) exercise of executive clemency. There was in the United States one execution in 1966.

More recently, however, the trend has been reversed in two important states with respect to the exercise of executive clemency. Governor Ronald Reagan of California and Governor Claude R. Kirk Jr. of Florida—both no softies, they tell the world—ran on law enforcement platforms, and they propose to let “justice” be done. California has already had two executions this year. (There has been one in Colorado as well.) There have been no more in California and none in Florida, because the movement for abolition has shifted to the judicial forum, and has achieved there an initial success.

The judiciary, in modern times, has always acted as something of a brake on capital punishment, for it was often in death cases that criminal procedure was subjected to the most rigorous judicial scrutiny. It has been in death cases very frequently also that reforms in criminal procedure received their initial formulation. Death cases heighten judicial sensitivity, not unnaturally, and an ingenious argument of opponents of capital punishment—effective in some quarters, one may suppose—is that judges might not be so intent on the observance of every last procedural nicety, if they were not conscious that every so often what hangs in the balance for the defendant is not a term in prison terminable by parole, but life itself.

Now the judiciary is being asked to take a more direct look at the constitutionality of capital punishment—as such. The contention is that under present conditions, given the little bit more that we know now about the nature of crime and the possibilities of deterring it—not a whole lot more than was known a century ago, perhaps, but something, anyway—and given the consistent trend toward limitation and abolition of capital punishment throughout the Western civilized world, the execution of criminals by the state should be considered a cruel and unusual punishment forbidden by the Eighth and Fourteenth Amendments.

Short of this ultimate contention, it is argued also that capital punishment, even if constitutionally acceptable in principle, is unconstitutional as actually administered in most jurisdictions. First, the argument goes, jurors who admit to scruples against capital punishment are generally challenged by the prosecution, with the result that where the question of the death penalty is left to the jury, the decision is largely predetermined against the defendant. Second, state statutes commonly prescribe no standards for the imposition of the death penalty; they give no indication, however broad, of the kind of aggravated circumstances in which the legislature wishes the infliction of this ultimate sanction to be considered. The matter is left entirely in the discretion of juries or judges. This sort of total freedom to decide, without benefit of authoritative guidelines formulated by the popularly elected institutions, is frowned on by our law in other contexts. It should be in this one, too.

The litigation presenting these arguments is being conducted principally by the NAACP Legal Defense and Educational Fund, whose interest is explained in part by the fact that a disproportionate number of persons sentenced to death in the United States are Negroes. There are persuasive data showing that in rape cases the disproportionate (to the percentage they constitute of the general population) number of Negroes sentenced to die is no mere reflection of other well-known disproportions in statistics about Negroes—such as unemployment, drug addiction, inferior education, homelessness and the like. It seems probable that in some states the death sentence in rape cases is pretty well reserved for Negroes convicted of raping a white woman. The claim that juries systematically discriminate against Negroes in this fashion is central to an Arkansas case which the NAACP Legal Defense Fund lost in the federal district court there, but in which the Supreme Court, in a very unusual action this winter, ordered an appeal heard by the appropriate federal appellate court, quite possibly with a view eventually to hearing the case itself.

Aside from the foot it has managed to insert in the door of the Arkansas case, the Legal Defense Fund in two other litigations has succeeded in stopping all executions in California and Florida, where the governors stand ready to resume them, while the various contentions mentioned above are presented to the federal courts, including perhaps the Supreme Court. The Arkansas case may be won, if it is at all, on the more limited point about racial discrimination in rape cases. Even so, it would have considerable effect in a number of states. In the California and Florida cases it is not likely that a flat and total declaration can be obtained that capital punishment is unconstitutional. But even if those cases are won on the basis of the other, relatively narrower arguments made in them, the consequences would be great and widespread. The end of capital punishment would have been achieved almost as surely and effectively as by a broader and more categorical judgment of its unconstitutionality. And that would be something to be proud of.