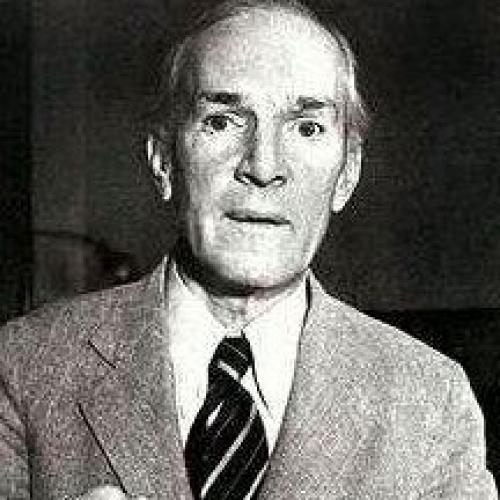 A review of Inside Hitler, by Kurt Krueger, M.D.

Not long ago I was in conversation with a refugee from Hitler Germany. We were talking about Hitler and he surprised me greatly by saying: “I do not consider Hitler a man of any importance or interest. Soon he will be overthrown and after that no one will consider him worth thinking about.”

To this I replied in substance as follows: “To me Hitler is one of the most interesting men who have ever lived, and I feel certain that history will devote more time and thought to him than to Napoleon. He is the world’s greatest conqueror; he has brought death and ruin to more human beings than any other man who ever trod this earth—andhe is not yet done. If you say that he is a puppet, you are deceiving yourself; he is one of mankind’s most dynamic personalities. I have called him a genius-lunatic, and no matter which of these two words you place in advance, the question of how his mind works is a problem of supreme importance, not merely to political and military strategists of the present, but to psychologists and sociologists of all future time.”

In pursuance of my job as historian of Hitler’s rise and I hope, of his fall, I have read perhaps a dozen books by persons who claim toknow himintimately and who have recorded extensive conversations with him. There is a sense in which such conversations have to be considered fiction. None of the writers claims to have had a stenographer present, and in most cases they wrote long after the allege conversations. All that we can expect is that they have done their best to remember, and that what they record shall be in harmony with what we know from other sources, including Hitler’s own voluminous writings and speeches.

Here is one more book to be added to the list. Dr. Krueger makes perhaps the most extensive claim of all. He tells us that he was Hitler’s psychoanalyst and personal physician for a period of more than ten years. He is frank enough to admit that he was unable to smuggle any of his notes when he fled from the blood purge. So obviously here is another case where we have to judge from internal evidence. The book is of first-rate importance if it is true, and of less than no importance if it isn’t. The existence of Dr. Krueger is certified to by Dr. K. Arvid Enlind, M.D., Lieutenant-Colonel of the Medical Reserve, United States Army. Besides Dr. Enlind’s preface, the book contains an introduction by Otto Strasser, whose brother Gregor was murdered in the blood purge. At a distance of three thousand miles from New York, the only testimony which I can give is that I wrote to Dr. Krueger and received a genial and convincing letter in reply. Forthe rest, one has to depend upon the contents of the book.

Dr. Krueger’s picture is of a tormented psyche, and the seeing of it leaves us divided between dismay and pity. To sum up briefly Dr. Krueger’s findings, the Fuhrer of all the Nazis and master of most of Europe is sexually impotent, and a victim of the emotional vagaries and abnormalities which this condition frequently causes. The condition derives from deep-seated fears, and produces a sense of inadequacy which drives its victim to frenzied efforts to compensate for his failures. Unwilling to admit himself the inferior of normal men, he must prove himself their superior bymeans of whips and guns. It will be perceived that Dr. Krueger is a Freudian and that his analysis is written in Freudian terms; but one doesn’t have to accept this formula. One can examine the great mass of facts presented and interpret them as one sees fit.

This book is also a mass of facts about the Nazi party and the Nazi movement, written by a former member; and these are equally important for us to understand. Before these words see the light we may turn the dials of our radio and hear that there has been another blood purge, and that Hitler has been murdered by Goering, or by a group of the deposed Reichswehr generals. And will that mean the end of the war? Will that cleanse Germany of Hitlerism, will neutralize the poisons which for the last twenty-three years have been spreading from the soul of one genius-lunatic and his associates into one of the world’s most highly cultured nations? If we let ourselves be persuaded that this is so, we shall be making a tragic blunder.