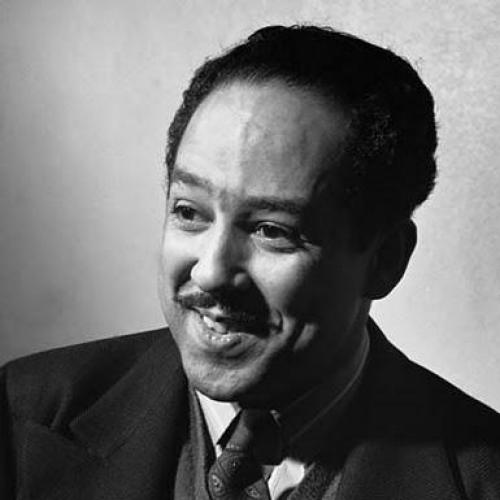 If you are white and are reading this vignette, don’t take it for granted that all Harlem is a slum. It isn’t. There are big apartment houses up on the hill, Sugar Hill, and up by city college—nice high-rent houses with elevators and doormen, where Canada Lee lives, and W.C. Handy, and the George S. Schuylers, and the Walter Whites, where colored families send their babies to private kindergartens and their youngsters to Ethical Culture School. And, please, white people, don’t think that all Negroes are the same. They aren’t.

Last year’s Harlem riots demonstrated this clearly. Most of the people on Sugar Hill were just as indignant about the riots as was Mayor LaGuardia. Some of them even said the riots put the Negro race back fifty years. But the people who live in the riot area don’t make enough money really to afford the high rents and the high prices merchants and landlords charge in Harlem, and most of them are not acquainted personally—as are many Sugar Hillites—with liberals like Pearl Buck and John Haynes Holmes. They have not attended civic banquets at the Astor, or had luncheon with emancipated movie stars at Sardi’s. Indeed, the average Harlemite’s impression of white folks, democracy and life in general is rather bad.

Naturally, if you live on nice, tree-lined, quiet Convent Avenue, even though you are colored, it would never occur to you to riot and break windows. When some of the colored leaders whose names are often in the white newspapers, came out of their elevator houses and down into Harlem during the riots, to urge, with the best intentions in the world, that the mobs stop breaking window and go home, lots of the rioters did not even know who they were. And others of them said, “Boo-oo-o! Go home yourself.”

It is, I should imagine, nice to be smart enough and lucky enough to be among Dr. Dubois’ “talented tenth” and be a race leader and go to the symphony concerts and live on that attractive rise of bluff and parkway along upper Edgecombe Avenue overlooking the Polo grounds, where the plumbing really works and the ceilings are high and airy. For just a few thousands a year one can live very well on Sugar Hill in a house with a white-tiled hall.

But under the hill on Eighth Avenue, on Lenox, and on Fifth there are places like this—dark, unpleasant houses with steep stairs and narrow halls, where the rooms are too small, the ceilings too low and the rents too high. There are apartments with a dozen names over each bell. The house is full of roomers. Papa and mama sleep in the living room, the kids in the dining room, lodgers in every alcove and everything but the kitchen is rented out for sleeping. Cooking and meals are rotated in the kitchen.

In vast sections below the hill, neighborhood amusement centers after dark are gin mills, candy stores, that sell King Kong (and maybe reefers), drug stores that sell geronimoes—dope tablets—to juveniles for pepping up cokes, pool halls where gambling is wide open and barbecue stands that book numbers. Sometimes, even the grocery stores have their little side rackets without the law. White men, more often than Negroes, own these immoral places where kids as well as grown-ups come.

The kids and the grown-ups are not criminal or low by nature. Poverty, however, and frustration have made some of them too desperate to be decent. Some of them don’t try any more. Slum-shocked, I reckon.

One Saturday night last winter, I went into a barbecue stand where the juke-box was loud and the air thick with smoke. At the tables there were mostly young folks—nice, not very pretty girls dressed in their best, with young men who had cleaned up after work. Some of the young men still wore their last spring’s artificial camel’s-hair coats—a top coat in winter with the snow outside—but they were trying to look nice, to be nice in the Harlem slums.

A half-dozen teen-age boys came in an stood around listening to the records on the juke-box. Shortly, a quarrel began among them. Almost immediately knives were drawn and switch-blades flashed, and one youngster let a blackjack a foot long slide out of his sleeve.

The woman at the counter who served my sandwich said, “Somebody ought to call the cops.” (As though the cops could solve the problems of poverty and delinquency in Harlem.) The white proprietor behind the beer bar paid no attention to the turmoil. Short of murder or destruction, white proprietors in Harlem seldom mix in Negro squabbles—just as they never belong to neighborhood committees to improve conditions, either.

The boys didn’t fight. They simply milled around, showed their weapons, bluffed and cursed each other. But their language frightened some of the quiet, not-very-pretty girls at the tables with the young men in their thin near-camel’s-hair coats, out on a Saturday night trying to look nice and have a nice quiet time.

Louis Jordan on the juke-box, loud. Over the music the woman behind the counter said, “This time of night, all these young boys ought to be home.”

Home. A dozen names on the bell. Roomers all over the house. No place for a kid to bring his friends. Only the pool halls open, the candy stores that bootleg liquor, the barbecue stands where you can listen to the juke-box even if you’re broke and don’t want to by anything, and the long Harlem streets outside dimmed out because Hitler might send his planes overhead some dark night.

Should the planes come, their bombs most certainly would be louder than the juke-boxes, and their flying fragments of metal sharper than the cheap steel of drug-store switch-blades in the hands of kids who have no homes where they can bring their friends. A piece of bomb can hit harder than a boy with a blackjack up his sleeve.

WE CAN’T PAY OUR BILLS WITH TRUST

That sign, of course, is in reference to credit for sandwiches. It has nothing to do with the democratic system. It simply means that if you haven’t got a quarter, you don’t eat. There has been a sort of permanent scarcity of quarters in Harlem, so that sign might very well serve the committees as a motto for their surveys.