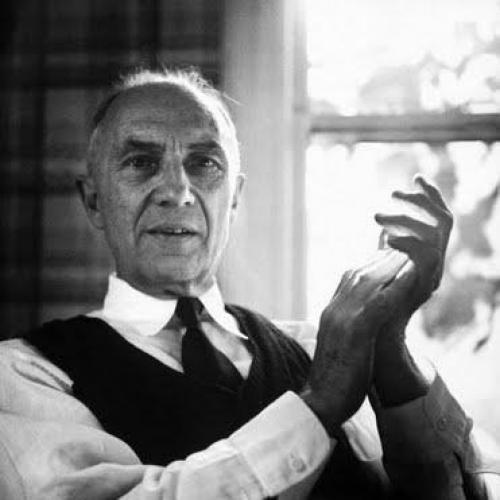 A review of A Poet’s Life by Harriet Monroe.

THIS IS an enjoyable and illuminating book—if the luck of poetry in a dull world and a devoted woman’s battle to establish it here are of any concern to the “attentive reader.” Here’s the whole story of the beginnings of modern poetry in America—enthusiastically, almost sadly, told by the one, the solitary one, who most made way for it among us and lived past the time of that first blossoming. Harriet Monroe was not a great poet; she was more successful as an instigator to poetry than as a writer of it. But inasmuch as she had the taste and the courage for poetic adventure it is not a misnomer to call her autobiography “A Poet’s Life.”

I think, though, that the title does not quite suggest the full truth either of the book or of the woman. Action is the password to the world for which Harriet Monroe most cared. She came upon the scene at a time when literature, especially poetry, was at a chronic ebb among us; by her action she brought up the tide a little. By her action. Others did the best of the writing but she did much of the work of establishment. Harriet Monroe had courage and loved poetry. Her courage and her love led her into some pretty deep water, but she came through with achievement for that which she loved, through direct action. Finally she died in action, on a mountaintop in Peru.

She speaks of standing on the kitchen table as a child and in a determined voice bringing the Irish servant to tears with an impassioned recital of “Ireland’s shame/” in that Ireland had submitted without fighting to England’s tyranny. She remembered, in later years, Charlotte Cushman as Lady Macbeth reciting the lines,

To be the same in thine own act and valor

As thou art in desire?

Full of repressions, dreading the genus male, this young woman of the round face and liquid eyes stood once at the prow of a transatlantic liner while for an hour and more a patient and eloquent Frenchman tried to explain to her what a waste it was for so lovely a woman to cling so bitterly to the ideal while love went a-begging.

Few knew—I didn’t—how extensive and varied had been Harriet Monroe’s travels and friendships. The West, Mexico, Europe from one end to the other, Egypt, China, the Pacific and finally the land of the Incas. She knew the literary milieu of New York City in the 90’s: all the names. She spoke French fluently, had lived in London, Paris—had seen Moscow and Pekin before western ways had touched them.

Her family was distinguished. Her sisters married brilliant men. She remembered Chicago before the great fire and after it. The World’s Columbian Exposition has never been so well revealed and appreciated as through her imagination and her eyes. And her part in it was distinguished. Strangest of strange accounts.

She had already lived a full life of struggle, achievement and sorrow when, well past the age of forty, she conceived a brilliant plan for the encouragement of the art of poetry in America. Poetry, A Magazine of Verse, will remain her greatest claim to distinction.

The story of the founding and continuance of this project does not enter her biography until the two hundred and fiftieth page. From that time on Harriet Monroe was a “married” woman. Impossible to go into even the enumeration of the names of great and near great whom she drew about her from that time forward. In places it read like the Book of Numbers. But this, the most important part of her biography, may possibly be the least interesting to the general reader. It is beautiful to see her record the first reactions of the various personalities of those days to the “new verse” Many will cringe a bit today at what they thought then—so gracefully documented.

The book is directly and simply written, almost too intimately at times. We feel almost too keenly a sorrow which Harriet Monroe never admits except in one flat paragraph which refers to a sonnet or two where the truth may perhaps have been told. The last chapter in the book, the last, that is, that Harriet Monroe herself set down, is a confession of religious faith dating back no doubt to her convent days in Baltimore. It is pathetic as a courageous child’s submission to life’s adversities. The book is instructive, appealing and challenging also to a world that has already begun to forget almost everything for which this gifted woman fought so valiantly.