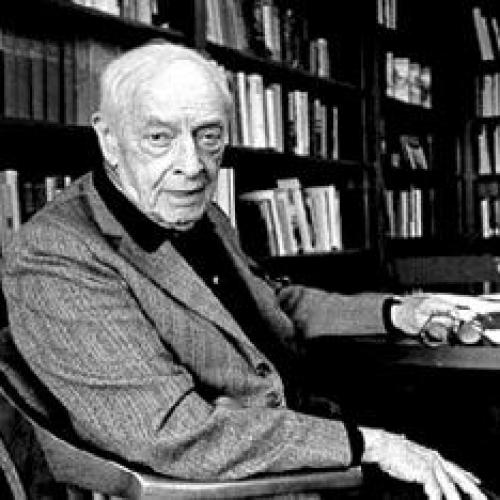 A review of Song of the Dnieper by Zalman Shneour.

Ghetto Jews were curiously drawn to the Samson legend. He was to them not the blinded, unmanned Samson but the powerful giant who wrestled with wild beasts and put the Philistine hosts to flight. He was a kind of secular Messiah of strength, embodying the Jewish wish to be physically capable of ensuring Jewish survival. The strong men of Jewish history, the Maccabees and Bar Kochbas, had nearly as many admirers as the saints and the sages. Strength was prized, for all that one said rather scornfully: “As strong as a peasant.” Everyone knew of the famous Breitbarts who twisted iron bars, and a teamster who could move a mired wagon or a butcher who was capable of carrying a huge carcass was accorded a certain respect. The pride of a Samson was that he did not have to bargain with his enemies. His strength put him above bargains and conditions: it made him free. But though a Samson might be passionate, boisterous, he was not a man of blood. The Jews abhorred the killer, the hunter, the hairy, bloody Esau. To call a man an Esau was to call him evil. The line of Cain, Ishmael and Esau was one of lawless strength, horrible to the Jewish sensibility. Judah was a God-fearing lion.

Mr. Shneour’s Noah Pandre belongs to the traditional line of champions. At the bidding of his Rabbi he abandons his hereditary trade of butcher and his un-Jewish, almost peasant ways. He becomes a coachman and marries the daughter of Sender, the president of the coachmen’s guild. He is changed by his new occupation and lives quite happily until, in the course of fighting a fire in the barn of Shklov’s richest Jew, he angers the town’s police chief and is arrested on the charge of striking him and insulting the authority of the crown. Afraid of further trouble with the police chief, the rich Jew perjures himself at the trial. Noah is sentenced to a year in prison. When his term is served he sets out for home. On the way he subdues a bull, rescues a drowning man and helps put out a forest fire. He is tempted by a peasant girl and succumbs, not, however, at the cost of his strength. In Shklov he routs a band of pogromists with a wagon shaft. He nearly kills the police chief, who has conspired in the pogrom. Their possessions gone, their only child dead, he and his wife emigrate to America.

There are ingredients in Song of the Dnieper (originally simply Noah Pandre) that do not mix well with those of the heroic Samson legend. Out of dramatic necessity, Noah is depicted as massive, simple, slow in thought as a man of such mold should be. But through his creator and perhaps inevitably in himself, because he is a Jew of the Pale, he shares the apprehensiveness, the nervous submissiveness of all ghetto Jews. Moses slew his Egyptian, buried him and fled. Noah merely shook his police chief and dropped him limp. It was young Abraham who during the pogrom killed the murderer Tchurillo. Noah stood by, appalled.

It was not that Noah lacked strength or courage, but that he recoiled from the bloody Esau, the taint of bestiality. The ghetto had changed Judah into a singularly moderate lion. Noah was all that a Jew of the Pale dared to be, in strength. Abraham, who dared to be more, was of another world. He was a terrorist and a modern.

Shneour writes with a great deal of force and a natural, rather somber eloquence; he discloses in the folk life of the Jews characters too blunt and vigorous for the familiar comedy of ghetto hares and foxes—Sholem Aleichem’s gabardined milkmen and beadles, teachers, peddlers, shabby sports and penniless investors.

Yiddish literature has run a very short course. The writing of Hebrew will go on if Palestinian Jewry rides out the world crisis. But the center of Yiddish culture was in Poland, and the Polish Jews have been slaughtered, exterminated. Russian Jews, as Jews, are seldom heard from, and in America the Yiddish public, which consists of the immigrant generation, is dwindling. The number of Yiddish writers is declining. The heirs of the Yiddish theatre have dispersed to Broadway and Hollywood. The root of Yiddish life has been cut and Yiddish culture cannot live long.