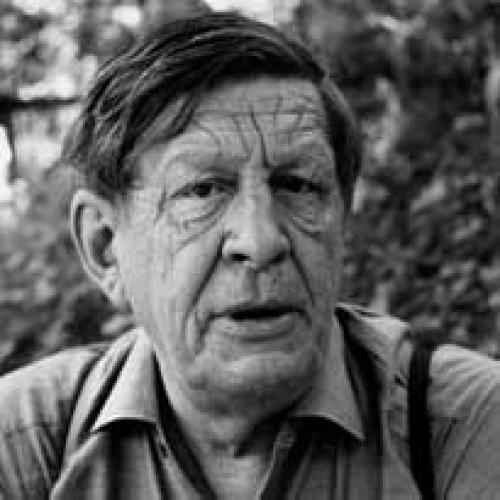 A review of Behold This Dreamer, by Walter de la Mare

In that curious but not ill paid class of those who compile anthologies, Mr. de la Mare occupies a lonely eminence. Out of a job that is more often held by obscure figures from the literary underworld, panders to our desire for culture without effort, fashion artists with an eye on the schools and the Christmas market, he has made something really valuable. He is perhaps the only poet who has used the anthology as a definite creative form. I remember very well the appearance, when I was a schoolboy, of “Come Hither,” a collection which, more than any book I have read before or since, taught me what poetry is. Since then I have always waited eagerly for his next, nor have I been disappointed. His expositions of desert islands, childhood, and now dreams, have done much more than introduce one to the unfamiliar and the pleasing; they have helped to crystallize one’s thought and feeling about the whole field of experience with which they were concerned.

For this reason the ordinary canons of anthology criticism are irrelevant. I may, for instance, be unable to share Mr. de la Mare’s admiration for Christina Rossetti, I may feel that his attitude to Freud is unfair and based more upon popular misconceptions than on the original, and that the omission of Jung in a book about dreams is puzzling; or, on the other hand, I may be delighted at finding two poems by Margery Seiffert which I did not know or a sonnet by Charles Madge which I did know and particularly admire; but such reactions to a book of this kind are of personal importance only. For the problem which it raises and in part helps to solve is of much wider importance than questions of literary taste, even if it perhaps immediately concerns writers more than most people, namely: What attitude should we adopt to that half of life which dominates the night, to the Unconscious, the Instinctive and extra-personal, the Determined, the Daemonic?

In his fascinating introductory essay, which includes some beautiful dreams of his own, Mr. de la Mare, while well aware that the dream life can be not only horrible but, worse and more often, trivial, “a tale told by a clumsy and half-literate tyro whose name appears to be Self”is in no doubt as to his final answer:

The prig, the prude and the precious had best keep awake; they are more at home in the daytime. Still, if, when they slumber, they dream, they probably enjoy the fare provided. . . . My dream-life has assuredly not been roses, roses all the way, although it has had its generous share of myrtle. And, taking the bad with the good, and not merely by reason of a native physical indolence, one may delight in what sleep has to bestow, and set out for it, night after night, as if to keep an assignation with a friend.

That is well said and, if I venture to extend and qualify it, I do so, not as a criticism of Mr. de la Mare himself, whose art tells me that what he has left unsaid he knows as well or better than I, but because, both in art and life, above all in social and political life, we are today confronted by the spectacle, not of a Utilitarian rationalism that dismisses all that cannot be expressed in prose and statistics as silly childish stuff, but rather by an ecstatic and morbid abdication of the free-willing and individual before the collective and the daemonic. We have become obscene night worshipers who, having discovered that we cannot live exactly as we will, deny the possibility of willing anything and are content masochistically to be lived, a denial that betrays not only us but our daemon itself.

For we are witnessing the dissolution of a historical epoch which may be called for convenience Protestant, one during which the day life and the night life were segregated from each other. On one side was the humanist tradition of the Renaissance, expecting a millennium for the practical and social man through the exclusive exercise of the individual reason; on the other was the Calvinist tradition of the Reformation making the contemplative man, whether as artist or as religious, the passive instrument of daemonic powers. Romantic political theory took over this doctrine of Grace into the social life as the theory of the General Will. But as long as capitalism was expanding, despite Napoleon, the inadequacy of rationalist Liberalism to guarantee material happiness was unperceived by the majority, and it was not until after the Great War that political Romanticism became a great force and a great enemy.

Romanticism grew with Industrialism: for that very day of work and money which is essentially the domain of conscious and willed acts, has, with the growth of centralization, specialization and mechanization, taken on more and more, for the vast majority, the arbitrary determined aspect of the night and the dream, and not a pleasant dream either. For how many millions is their free individual life now thrown back into a Personal Unconscious, to issue only at night or in popular entertainment as dreams, the mechanical properties of which betray their all too private origin, dreams that are in no sense visions but only, to use a phrase of Mr. de la Mare’s, “the aimless silly secretions” of a frustrated ego?

Small wonder then if, contrasting their daily experience with the professionally “sunny” utterances of their governments in favor of reason and humaneness, they have ceased to believe in either, and follow voices whose hypnotic tones seem more consonant with life. For how should they know that the new song to which they listen with such rapture as the call of “Instinct” is nothing of the kind, but only the wailing of an egotistic “Reason” crippled by inaction? How should they know that the smug hypocrites were right in what they said, but did not act upon—that the daemonic powers are helpless by themselves, since it is the day life that must not only find the means to the ends they desire, but even discover the ends themselves? For the Unconscious is blind; it knows it wants something, but cannot tell what it is until the right something is put into its hands.

From this society in which the positions of Anima and Animus are inverted—in which it is reason that more and more leads an underground “imaginative” life, while politics becomes more and more “surrealist”—we must escape as soon as we can. That is why Darwin, Hegel, Marx, Freud, Jung, whatever modifications we shall have to make in their theories, and they will be many, are so important to us. They indicate the line—and it is one which poetry has always followed, except when it has degenerated into academism or nonsense—along which the day can be reconciled with the night, Freedom with Destiny. For beneath all their local and timely errors, they agree upon a common and fundamental truth, which is this:

Yes, the Liberal Aufklärung was wrong: in the last analysis we are lived, for the night brings forth that day, the unconscious It fashions the conscious fore-brain; the historical epoch grows the idea; the subject matter creates the technique—but it does so precisely in order that it may itself escape the bonds of the determined and the natural. The daemon creates Jacob the prudent Ego, not for the latter to lead, in self-isolation and contempt, a frozen attic life of its own, but to be a loving and reverent antagonist; for it is only through that wrestling bout of which the sex act and the mystical union are the typical symbols that the future is born, that Jacob acquires the power and the will to live, and the demon is transformed into an angel.