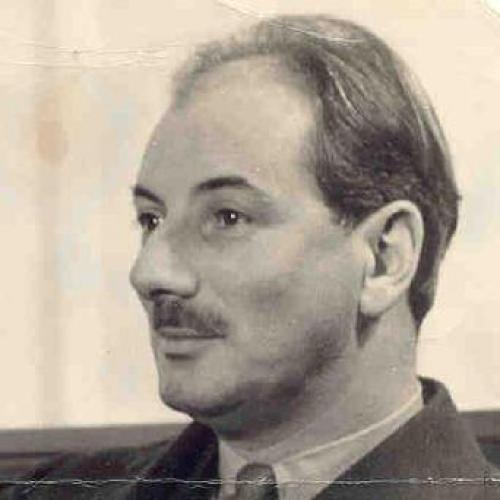 WHEN A COMIC history of American architecture comes to be written many of our new skyscrapers will have a prominent place. Their windy grandeur will be put alongside the solemn rococo of our Gilded Age mansions, the artful ruralism of country cottages thatched with bent shingles, and the awkward splendor of French chateaux in the midst of the Berkshires. The new Paramount Building in New York is an excellent specimen for these pages: the posters describe it as the greatest palace that shadows have built: but it is in fact the greatest shadow that shadows have built. Its exterior is a facade that no one can see: its interior is the reminiscence of a grandiose nightmare that might follow a rather arduous day of sightseeing in Paris.

The setback skyscraper is rapidly turning out to be the great booby prize in American architecture; and by now ithas become pretty plain that building ordinances and ideal schemes by Mr. Hugh Ferriss cannot take the place of a genuine aesthetic command over the materials, structure, and site. New York possesses a handful of remarkable skyscrapers; and a few of these, like the Radiator Building and the American Telephone Building, can be seen; beyond this handful, the less said about the aesthetic triumphs of the skyscraper the better: for one even soundly designed office building I am prepared to show a dozen more competent and interesting schools, factories and other low buildings. The people who see our architectural salvation in the skyscraper know very little, I suspect, about either architecture or salvation.

The new Paramount Building is no better or worse than a dozen other great structures which now shadow our streets; so that an examination of its comic faux pas. need not be taken invidiously. If it becomes the butt of this parable, it is only because the building has singled itself out from the undistinguished mass by the great blather of boasting and congratulation that has attended its completion: pullets cackle quite as loudly, without laying an egg. In the Paramount Building one finds not the faintest departure from a thoroughly low standard in design; it is, indeed, a compact summary of all the prevailing faults in skyscraper building and in American decoration. Like many tall buildings, it has one point of undisputed distinction: it is a tall building. If bulk alone makes architecture, the Paramount is beautiful: if cubic capacity is an indication of aesthetic success, the Paramount building is a success.

This skyscraper exhibits that “swaggering in specious dimensions” which Spengler regards as the sign of cultural impotence: how specious these dimensions are one gathers best from a vantage-point on the sidewalk level; the setbacks give no sense from the bottom of either height or depth. The whole structure was conceived in two dimensions: the one satisfactory view of it comes at a distance of twenty stories above the street, and three blocks away, immediately facing the front elevation. Now curiously, the Paramount site has a unique possibility: for the side of the building is on the axis of Broadway, for a distance of at least half a mile: unlike most of our buildings on gridiron streets, it can be approached. This unique possibility was completely forgotten; more than that, it was absurdly misused, with the result that the upper stories rise against the sky, above Broadway, with the immense solidity of a slab of chewing gum.

Now, even a two dimensional facade may have some redeeming features; but I have looked again and again at the Paramount Building without discovering them. The dull buff bricks, the slight stone relief, have not even the distinction of interesting color or texture: compared with an out and out office building, like the new French Building on Forty-fifth Street and Fifth Avenue—a building that makes a brave, if not always successful, effort at color—the great palace of amusements wears a distinctly funereal air. Except for the blankness of the side walls, the clumsy marquee at the corner, and the high opening above the marquee, glittering in the evening with a hint of inner splendor, there is no indication whatever that this building is supposed to be a perfect home for the newest native form of art, or that it houses, among other things, an immense theatre.

The “hint of splendor” brings one to the theatre itself; it lures one into an atmosphere of glare and glitter and bounce and style—as “style” is conceived by people who find in the more vulgar aspects of the eighteenth century the mirror of their inmost hopes and desires. Mr. Albee set a pattern for this kind of decoration in his huge Brooklyn vaudeville palace: the Paramount has reproduced the lofty ceilings, the vast lounges, the carpets of such heavy ply that one is tempted to walk barefoot; and it has gone Mr. Albee one better in that, while his Brooklyn theatre has reproductions of favorite Louvre postcard pictures, in the Paramount there are, if I am not mistaken, some firsthand Academy masterpieces, which harmonize in every way with the decorative effect. Great columns of almost marble: small panels of almost art: infinite lengths of carpet—these things excite the popular Ahs! and Ohs! It is the grandeur of a Flatbush sunparlor, enlarged a thousand diameters.

But people want magnificence and glitter, too? I do not object, even to the glitter. What is wrong about the decorations in the Paramount Theatre is that this is, so to speak, such dull glitter. In Los Angeles there is a much more riotously vulgar movie theatre, vastly glittering, too: but the effects have not been achieved through tedious decorative clichés, and with all its sentimentality, the western theatre has also a little of the life and inevitable modernity of the movie—a trivial and sentimental art, no doubt, at present, but not without an occasional gleam of aesthetic aptitude, or at worst, comic relief. There was no glimmer in the designer’s mind, apparently, that a place of amusement could he handled in an amusing way. The decoration was achieved by formula: standard sample number so-and-so: so many dozen crystals, so many pounds of gilt, all according to specifications for sumptuousness, luxury, beauty, grandeur, warranted not to fail—see Mr. Albee.

Ah! these decorations will not fail. To a generation thoroughly schooled in “art appreciation” by the art museum, the school, the woman’s club, the Sunday supplement, the style of the Paramount decorations will seem a true and beautiful thing: they will remember Versailles and the Hall of Mirrors, they will think of the Opera House in Paris—so near to the American Express Company—they will think of the Louvre itself, perhaps, and feel that America is a very wonderful place. Is there any elegance or beauty that we cannot have, now that we can so eminently pay for it? I believe that a fine and modern scheme of decoration might have caused appreciative gasps, too, if the money spent on it were well advertised in advance: but that would have demanded a little talent in the architect’s office—and besides, it would have wasted hours and hours of certified art appreciation. The Paramount directors have in fact performed a service by providing this particular historical brand of magnificence. It remains for them to perform one more public benefit. They should borrow the Stuart Collection at the Public Library on permanent loan, and give these pictures the sort of setting they need.

I have kept comment on the auditorium to the last; for there the failure is partly the result of misplaced grandiosity, the habit of conceiving everything in a big way, whether the bigness he appropriate, as in a mountain, or a little inept, as in a wart at the end of one’s nose. A vast and towering presidium arch is flanked by two narrower panels, inset with indirect lights: at the bottom of this enormous pile of space, smothered by both the height above it and by the accentuation of the height in inept curtains, is the screen itself, completely dwarfed and diminished, its own effect frustrated by both the division of space and the adjacent decorations. What couldn’t a modern artist with a cubist background do with such an opportunity? What a chance to play with contrasting planes, cross lights, and mobile spots of color, without any superficial decorative relief to spoil the strong effect of light itself. Modern art, the art of Bracque, Leger, Kandinsky, Man Ray, Stieglitz, has been a series of laboratory researches toward the understanding of such problems. Here was a place to apply a little of this new knowledge and taste!

The possibilities of modern art never occurred to the designers of the Paramount. On the contrary, their structure shows a complete paralysis of the imagination: it is dead in conception: it is dead in detail: its grandeur is feeble: it is the illusion of a great building. But I must not end this criticism on a carping note: the ventilation is excellent: the lavatories are well placed and of standard design: the internal traffic problems are ably handled. Let us take what creature comfort we can in these things. Brain: be silent! Eye: be still!