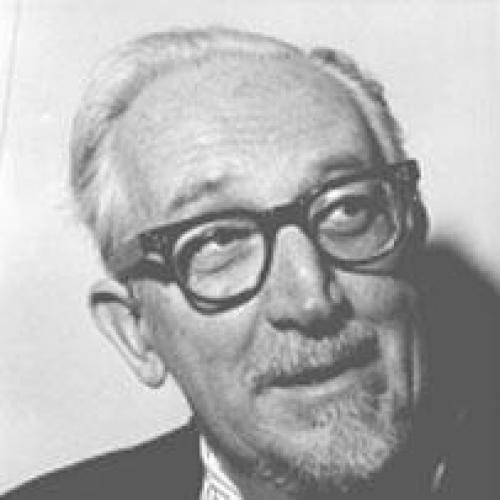 A review of Conservatism Revisited by Peter Viereck.

In this pungent, witty and chaotic little book, Peter Viereck suggests that established laws, traditions and institutions are good and useful things, and that the cost of revolutionary change is greater than its benefits, he also proposes a new ideological Hero for the Times, to replace the somewhat chipped figure of Lenin: namely Prince Metternich. Ten years ago, in advanced intellectual circles, these propositions would have been considered blasphemous; today, they will probably be viewed merely as disreputable. This shows that even intellectuals learn from experience.

“What will our friend, Metternich, say of this great triumph?” asked the Russian Foreign Minister, Nesselrode (of pudding fame), after his navy had treacherously surprised and defeated the Turkish fleet at Navarino in 1827. “He will repeat his old, tiresome principles; he will talk of right. Vive la force!It is might which rules the world nowadays.” On which Metternich commented: “This is how Carnot and Danton [read: Lenin and Hitler] thought and spoke. They were signally overthrown, however, by the same old and tiresome principles.”

The anecdote sums up Metternich as presented by Viereck: a principled believer in Law and Order, who chose for his coat of arms the motto: “Kraft im Recht” (“Strength through Law”) and whose instrument of policy was diplomacy rather than force. (“Is there anything in the world today,” he contentedly remarked at the Congress of Laibach, “which can take the place of inks, pens, a conference table with its green cover, and a few greater or smaller bunglers?”) To those of us who in the thirties were uplifted by Marx’s romantic visions, this is pretty small beer. But it has its points. For, as Viereck copiously shows, Metternich took his Law and Order seriously, upholding it not only against the barricades of revolution but also, as the story just quoted shows, against the bayonets of reaction. If the Carbonari appalled him, so did the police state of Czar Nicholas.

It is because of this moderation, this respect for established forms and objective principles, that Viereck presents Metternich as the antithesis of the dynamic, romantically lawless and unlimited kind of politics which has produced the German and Russian totalitarianisms. In this I think he is right. I also agree that there are real advantages, from the standpoint of human freedom and dignity, in laws that are definite and that limit clearly the scope of action of everybody, those in power, as well as those not in power. Perhaps the most sinister aspect of Stalin’s regime is the vagueness and subjectivity of its legal system, which gives the ruling bureaucracy unlimited freedom of action while it renders the underlying population defenseless against arbitrary arrest and punishment—for who is not, somehow, sometime, an “enemy of the people”? Compare, for example, the American Constitution, which is also pretty small beer—narrow, prosaic, businesslike— with the rhetorical organ-tones of its Soviet counterpart: the one is admirably definite about what rights and privileges the citizen has and how he can take steps  to protect them; the other is exalted, passionate, inspiring, but it never gets down to business.

Thus, in his main contention—his preference for Metternichian conservatism to the revolutionary messianism of our age—Viereck is both correct and acute. This acumen oddly fails him, however, when it comes to the liberal-progressive ideology of our time. He demonstrates, for example, the moral superiority of Metternich’s settlement at the Congress of Vienna to the modern settlements of Yalta and Potsdam; he, applauds Czar Alexander for proclaiming that the Allies had made war upon the French dictator and not upon the French people; and he quotes approvingly Castlereagh’s comment on the unwisdom of ruinous peace terms. Yet he fails to note that it was the liberal, Roosevelt, who insisted on unconditional surrender over the objections of the conservative, Churchill. And that it was the liberal, Morgenthau—backed by Roosevelt—who almost succeeded in imposing his foolish and vindictive plan on the defeated Germans, while the chief advocates of more generous terms were conservatives like Hoover and Taft. These omissions are striking, since the conservatives here were reacting in truly Metternichian style: they were cautious, moderate, realistic because they were not infected with that messianic intoxication which too often caused Roosevelt and other liberal politicians to think of their cause as all-white and their opponents as all-black, and hence to push things to destructive extremes. In an age where technology is as dynamic and destructive as it is today, there is much virtue in one who simply conserves, who tries to slow down the machinery a bit.

The reason Viereck fails to make this central point, I think, is that he himself agrees more with Roosevelt than with Hoover as to the nature of the last war and of the German people. Indeed, he labels that convulsion part of “the never-ending war for freedom,” a phrase which sounds more like Henry Wallace than like Prince Metternich. And the reason, or at least a reason, he so views the war is that there is a good deal of sheepish liberalism beneath his conservative wolfskin.

The defect of Viereck’s book, curiously enough, is that it is not deeply conservative enough. Its author is so angry at the Nazis and the Communists—that his anger is justified is another point—that he forgets his general conservative principles and tries to conciliate, as allies, the liberals. Yet dearly modern liberalism has something in common with messianic totalitarianism—vide the long time it took American liberals to lose their illusions about Soviet Russia—and just as clearly has little in common with Metternichian conservatism.

Viereck’s prose style is also indicative. Far from having what he himself lists as “the conservative principles par excellence,”namely: “proportion and measure … self-restraint …classical balance”—it is distinguished by precisely the opposite qualities, namely: intemperateness, emotionalism and lack of proportion. Often inspired in witticism and brief insight, he seems incapable of any sustained development of his ideas. As for the book’s general structure, let us say that it resembles less the Parthenon than a handful of marbles.

But however wolfish a conservative or sheepish a liberal Viereck may be, he has written a useful and clever book which is both readable and worth reading.