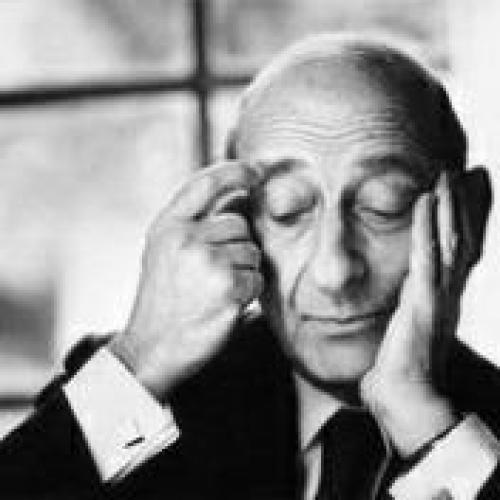 American journalists and news commentators have been tireless in their speculations over the past several weeks as to whether General de Gaulle is a figure from the past or a thinker ahead of his times. Is he, as his opponents would have it, a captive of anachronistic concepts: power, grandeur, national sovereignty? Or, as his admirers proclaim, has he once again looked beyond the mists of the present and discerned the shape of things to come, thus risking the incredulity of minds less clear-thinking and more conventional than his?

I shall chance criticism from both sides by rejecting out of hand both the man-of-the-past and the prophet-of- the-future interpretations. Aside from his method of approach—and certainly after 22 years of dealing with de Gaulle our partners should be used to his way of approaching issues—it seems clear to me that de Gaulle turned down Britain’s admission into the Common Market in terms simply of his concept of France’s national interests.

Unquestionably, this concept of national interest bears the hallmark of tradition. Does this mean that it is outmoded? I wish it were, but I am not convinced that it is. Was not Great Britain too acting in accordance with what she deemed her national interests when she refused to join the Coal and Steel Community in 1950 and to take part in the Treaty of Rome in 1957-58? And when she proposed a vast free-trade zone and actually founded the smaller trade zone of the Outer Seven? None of the British ministers with whom I discussed these matters in October-November of 1961 explained Britain’s desire to join the Common Market primarily in terms of the interests of Europe or of the West. All of them—the enthusiastic protagonists, those resigned to the idea, and those hostile to it—discussed the advantages and disadvantages they anticipated or feared in terms of the British economy, not without invoking the concept of reinforcing Europe or the West, but certainly without giving this concept first place in their arguments pro and con.

I do not wish to imply that our friends from across the Channel are more national-minded or more nationalistic than the European countries, or that they would not be as good Europeans as the latter after being admitted to the Common Market. The concept of the “French national interest” is lent anachronistic overtones by the pen of commentators who dub it part of a “grand design,” an effort at “domination of Europe” or simply “chauvinism.” Yet these labels do not apply either to management in France as a whole (which fears British participation), or to the partisans of a smaller Europe who cling stubbornly to the ideal of continental integration (an ideal which as recently as two years ago was shared by both the American administration and the “European party” on the continent). There is nothing to prove that these descriptive terms, either grandiose or disparaging, apply to de Gaulle’s motives, for on this subject the French chief of state has been neither equivocal nor enigmatic: he frankly prefers the Europe of the Six to a Europe of the Seven (or Nine) because he believes the former is more in conformity with French and European economic and political interests. In his eyes a Europe of the Seven or of the Nine would dissolve into an Atlantic zone under “American domination,” for General de Gaulle considers President Kennedy as the guardian of America’s national interests in the same way that he, de Gaulle, is the custodian of French national interests.

As interpreted at the Elysée Palace, Kennedy’s speech on interdependence and the Trade Expansion Act increased the concern aroused by Britain’s candidacy. In Washington, on the other hand, the speech and the Act were interpreted as a consecration of Old Europe’s reestablishment on terms of equal partnership with the New World.

General de Gaulle did not, it is true, justify his decision to exclude Britain solely on the basis of French national interests, or even exclusively on Europe’s interests. He placed his thought and action within a vaster framework of an historical philosophy. In its essentials this philosophy was outlined in the third volume of his Memoirs. With an impertinence shocking to some readers, I have refused to grant that this philosophy has any uncommon prophetic value.

My colleague Walter Lippmann, after a year of passionate anti-Gaullism, has returned to a better attitude and now interprets General de Gaulle’s “no” as an act symbolizing a Europe reborn and shaking itself free of the paternal and protective yoke of its great American ties. The postwar period is over and done with, the Cold War has come to an end. Once again it is the President of the French Republic who feels the urgency of the future.

This is not the first time since 1945 that Lippmann has believed the Cold War was being terminated. The economic recovery of Europe is an undeniable fact: partisans and opponents of British participation in the Common Market are alike attempting to reap the results of this recovery and establish trans-Atlantic relations on new bases. But Europe’s military weakness is as irrefutable as its economic strength. The Belgians, the Dutch, the Italians, and even more the Germans, including Chancellor Konrad Adenauer, all realize as clearly today as yesterday that their security depends not only on the thermonuclear strength of the United States, but also on the presence of several hundred thousand American soldiers on soil of the Old Continent. Only this fact gives adequate “plausibility” to America’s commitment to defend Europe.

No one imagines that the French striking force composed of 50 supersonic fighter-bombers can over the next few years come to equal for all Europe the value of America’s striking force. Even if French Mirage IVs, in the opinion of French aviators and some American ones, are capable of getting through Soviet defenses and escaping the onslaught of Russia’s surface-to-air-missiles, they will still be a supplement to rather than a substitute for America’s dissuasive force. None of our partners in the Six envisages, for the foreseeable future, the possibility of relying on the French rather than the American force. If it does not seem possible to solve the problem of whose finger shall control the trigger within the framework of a multilateral NATO force, a solution does not appear more feasible within a European framework. As to choosing a foreign finger, I wonder if the Europeans, without exception, would not still prefer American control to any other. In any case I am convinced that the British, the Italians and the Germans would prefer an American to a French finger. As to General de Gaulle, he has said again and again that the French striking force would always be under the orders of a French leader, and only a French leader—a traditional concept which, whether one deplores it or not, is not necessarily an anachronism.

I have so far said nothing about still another interpretation: that of Joseph Alsop, who carries admiration of General de Gaulle to such lengths as to attribute to him the goal of ridding Europe of American troops. He even reproaches the Kennedy team for not believing, because it would be unreasonable, that this is the Gaullist scheme. Mr. Alsop should consider the facts: on this point most French, whether for or against de Gaulle, agree with the conviction of the Kennedy team. Not all French have the same feelings about their President but, as General de Gaulle himself once said, no one has ever considered him unintelligent. And today one would have to be unintelligent to seek the departure of the American troops.