You are using an outdated browser.
Please upgrade your browser
and improve your visit to our site.
Skip Navigation
Pity for Jack Ruby and the city of Dallas. 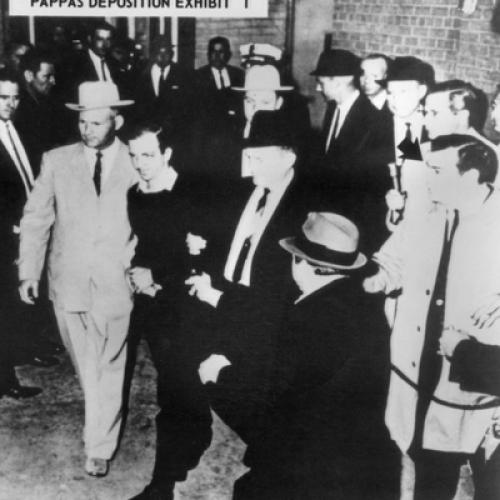 The definitive comment on Dallas will always belong to Art Buchwald, the social historian, on an evening when he was condemned to one of those television panels that were a peculiarly disgusting consequence of the events there last November. It was, the moderator said, so unfair to single out Dallas. "Why," he asked, turning to Buchwald for comfort, "does everyone keep blaming Dallas for this? It could have happened in any other city in the United States."

Who would have expected to come to Dallas guarding oneself against hating and suddenly only vulnerable to pitying? For it turns out pathetic. As a friend of mine once said in another connection, people keep talking about hubris, and when you arrive there is nothing there but chutzpah.

Dallas, first of all, is shabby. There is nothing here between the photographs of Walker Evans and the architecture of the Aluminum Corporation of America. There are, of course, the skyscrapers, plopped in the mud and pretending to reach for the stars. The effect is childish in the most literal sense; if you went to a store and bought one of those plastic skyscraper model kits fora  little boy and he put the various pieces together and set them at random about a sandbox, he would have built Dallas.

Now the city has begun the attempt to try Jack Ruby for having killed Lee Oswald supposedly for having killed the President of the United States. Ruby turns out to be a pallid man with a bald spot down to the back of his neck, sitting in a courtroom whose chartreuse walls turns his flesh sickly green. We look at him and understand the ultimate failure of Dallas: it was not merely incapable of protecting John F. Kennedy from what was done to him and of protecting Lee Oswald from what was thereafter done to him, but was not even capable of protecting Jack Ruby from what he did. He sit there, trapped. To watch him is to wonder why we fail not just the victim but the murderer.

"This is a fellow," says Tom Howards, formerly of defense counsel, "who is looking at an awful lot of time." Jack Ruby, when they find a jury, will probably go to jail for the rest of his life.

He is being tried by District Judge Joe Brown in a courtroom with ceilings decorated with the correspondents of European papers who hate America, and almost none of us who love her. A reporter walked over to Judge Brown to ask him a question the other day and the judge moved him aside to clear the view for the television and said to him, boy, don't you know that I'm on camera? One enters the courtroom and is frisked up, down and around by members of the Dallas County sheriff's posse. Jack Ruby is being tried by the prosecuting attorney who helped create the atmosphere which brought Jack Ruby to kill Lee Oswald; it becomes peculiarly necessary that Jack Ruby be convicted to clean absolutely the slate and to make it unfeasible that any of us might remember what the prosecuting attorney had done in the first instance.

Suddenly, as for Dallas, there is this terrible, unexpected pity for Jack Ruby. That awful thing happened, and three months went by and there was no one left to be judged and punished but the proprietor of a strip tease emporium.