You are using an outdated browser.
Please upgrade your browser
and improve your visit to our site.
Skip Navigation
A letter to the editor from 1930. 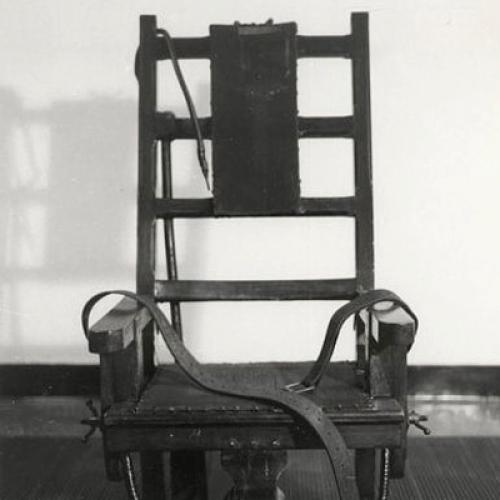 Sir: If as proposal should be made that any state of out Union could put to death a horse thief or automobile thief, it would meet with ridicule. And yet Texas has recently enacted a law which permits the execution of bank robbers, and was to have electrocuted E. V. Allen in January. It will put him to death in March unless something is done about it.

Allen was convicted and sentenced to death for a bank robbery on December 13, 1927, where no shots were fired, no one was killed and no money was lost. A Massachusetts woman saw an item in the Boston paper and aroused an organization to employ a Texas lawyer, thus obtaining two stays of execution. Governor Moody and Judge Been do not appear impressed by the appeal for clemency on the part of eleven jurors who convicted Allen on unconvincing identification.

According to the American League to Abolish Capital Punishment, criminals may be legally executed in seven states for burglary, in seventeen states for rape, in two states for train wrecking, in six states for arson and in ten states for treason, though no executions have been inflicted for the last offense. So far as I have heard, no state inflicts the death penalty for subscribing to The New Republic.