You are using an outdated browser.
Please upgrade your browser
and improve your visit to our site.
Skip Navigation
A letter to the editor from 1958. 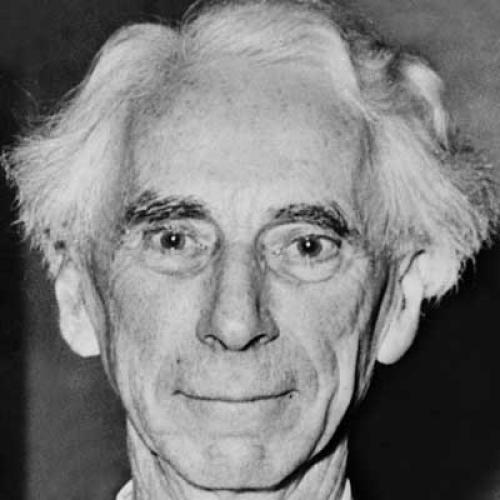 Lord Bertrand Russell's “Open Letter to Eisenhower and Khrushchev” (New Statesman and Nation, Nov. 23, 1957), urging a summit meeting to consider “the conditions of co-existence,” provided the occasion for Khrushchev's much-publicized response that peace could be served "both by a meeting of representatives of the two powers, the USSR and the United States, and by a wider meeting of representatives of the capitalist and socialist countries.” Lord Russell, elaborating his views (The Observer, Jan. 5), then went onto propose a cessation of nuclear weapons production,unilaterally by Britain if necessary, and a German settlement providing not only for the neutral zone advocated by George Kennan but a Germany “freed from all alien armed forces and pledged to neutrality in any conflict between East and West.”

The New Republic invited Lord Russell last week to detail his views still further, asking specifically what modifications in present US positions on disarmament,nuclear tests, European security, and the Middle East he believes are needed and might meet with a favorable response.

I suggest the following terms as a basis for negotiations:

Nuclear weapons tests to cease immediately by agreement. Negotiations to be inaugurated for abolition of H-bombs under guarantee of neutral inspection (say by India and Sweden, jointly). There will also be need for inspection of the industrial use of atomic energy to insure its not being diverted to war uses. Conventional weapons to be cut down in such a way as not to alter the balance of power.

A Neutralized Zone to be established in Central Europe comprising, as a minimum, Germany—East and West—Poland, Czechoslovakia and Hungary. No alien armed forces, whether Russian or Western, to be allowed in the Zone. Each country in the Zone to be free to choose its own political and economic system and, in particular. East and West Germany to be allowed to unite with whatever form of constitution they prefer. No State in the Neutralized Zone to conclude an alliance with any State outside the Zone. Germany to accept the Oder-Neisse frontier.

In the Middle East, the West must avoid opposing Arab Nationalism or supporting reactionary Governments. Arab nations should be left free to develop as they may prefer, but Israel must be protected from aggression, and prevented from committing it, by a United Nations force on its frontiers. Friendly relations with Arab nationalism offer the best chance for Western oil interests.

Communist China should be recognized and admitted to United Nations with a permanent seat on the Security Council.

As regards procedure, I should wish to see, first, negotiations between the US and the USSR alone with a view, not to reaching binding decisions, but to discovering whether a compromise agreement is possible. If it is found to be possible, it should then be proposed to the other Powers of NATO and the Warsaw Pact as something that the US and the USSR could both accept.

I think it may be assumed that neither the US nor the USSR desire a nuclear war, but there are risks of its occurring unintentionally. The first and most urgent steps should be those which diminish this risk. These have to do with H-bomb tests and with the constant flight of planes armed with nuclear weapons. Agreements to stop these should therefore have priority. Almost equally urgent is the prevention of the acquisition of H-bombs by Powers which do not have them at present. I should wish to see the US and the USSR jointly agree to prevent the acquisition of H-bombs by new Powers, and, if it would facilitate such agreement, I should wish to see Britain renounce H-bombs as part of the agreement.

This letter appeared in the January 27, 1958, issue of the magazine.