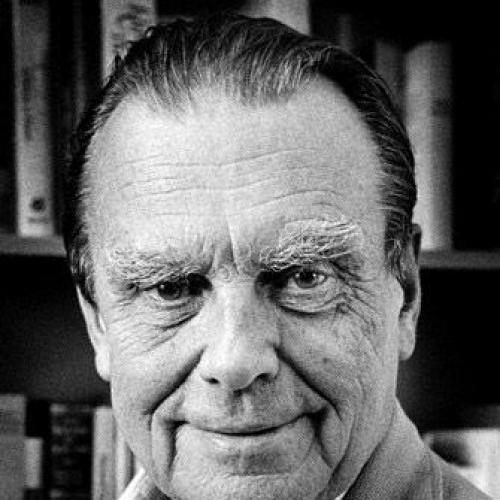 THE SATISFACTION OF hunger has first place in the hierarchy of human needs, and it is quite easy to understand why the sexual myth has arisen in the civilization which began producing surplus food like no other before it. Nevertheless, the exuberance and ubiquity of that myth are astonishing and can be evaluated only by first forcibly detaching oneself from that which surrounds us every day. At every moment I am exposed to the myth’s numerous ramifications; the printed word, magazine illustrations, film, television, the music from transistor radios, have all been drawn into its service. There is a certain automatic quality to all of this, for the consumer’s attention and thus his money are most easily attracted by appealing to people’s most common interests. Furthermore, the increasingly rapid growth of the media is subject to the law of action which, after all, consists of nothing else but people pursuing one another—either to kill each other or to make love. If I use the word “myth” it is because, with the increasingly larger doses of stimuli and enticements, there has arisen a set of beliefs which are instinctive in appearance only; they are, in reality, like all collective creations, “artificial.”

It is not surprising that the body of a beautiful woman excites desire in me, but isn’t it something else again when there are a thousand or ten thousand bodies, more or less naked, offering themselves to me, their faces fixed in ecstasy? What is the meaning of their throaty love-calls, the nervous laughter reverberating from radios and records? That abundance forces me to defend myself with humor, smiling and indifferent as a pasha in his harem; and yet, in spite of my higher, detached self, I am aware of the leg, buttock, hip advertising a new film or new cosmetic. Quantity changes into quality here and a new quality of experience imperceptibly and painlessly leads one to philosophy. And that is the philosophy of the Islands of Happiness, where everything natural is without sin, an earthly paradise. Knowing others in their nakedness and known by them in mine, I take and am taken, an orgiastic identity unites us. Except that the Islands of Happiness, once discovered in Polynesia by sailors from the Puritan countries, have been conquered by the church of hygiene.

Public discussions about perfect and, imperfect orgasm; equal rights to pleasure for men and women; the Pill, allowing women to give themselves to love without fear of pregnancy; an antipathy to temperance as contradicting the requirements of good health; virginity as a humorous indisposition which needs to be disposed of—these were not subjects for our ancestors. In Brave New World and other antiutopias, sex, made universal and considered an ordinary physiological function, appears, not without reason, as a major cause of depersonalization. What generally escapes the attention of the authors of antiutopias (which, in any case, are already realities), is the severance of myth from instinct. The existence of the gods and heroes of mythology was accepted on faith although no one actually encountered them; similarly, sex in itself, the act of fulfillment in its purest and most isolated form exists only in magazine illustrations, in the promises of advertisements, on the screen. Sex of that sort changes me into an object, as does the knowledge of the proper functioning of the liver which is the one universal liver as represented in my body. Normality serves as a standard of measure and is applied to my representative liver. But, unfortunately, in the case of sex, normality is only imagined and desired. The majority of men and women encounter certain difficulties and complications in this area, though none of them is eager to admit it, hiding the sadness of hunchbacks in their souls. The sexual myth provides them images which assure them that the happiness of orgasmic union is easy to achieve. Flaubert’s poor Madame Bovary wanted to find in life the same love she had found in romantic novels. The pattern has changed and romantic love has acquired the name of perfect orgasm, but now, sung, spoken, illustrated, it beckons everyone to dream.

Has nakedness ever been for people what it now is for us? This is an important and philosophical question. A woman undressing in a film made in 1919 removes clothes fashionable in 1919; she is not naked but uncovered by what she has removed, and more resembles a woman from the same period with her clothes on than a naked woman from the second half of the century. Similarly, nudes in Renaissance paintings are husked out of the dress of the epoch but still are, so to speak, enfolded in them, except that these garments are invisible. The body always bears a trace of the clothes which covered it, for example, belts or stays, but, above all, the trace of the bearing, gestures, and postures imposed by the clothes commonly worn. What is most important here is, however, the constantly changing manner in which we see the body. Bodies are not seen by some abstract “human eye” but by a person belonging to the style of his times, with a constantly shifting sensitivity to certain shapes and lines so that the object of his erotic or aesthetic admiration, naked and clothed, cannot be separated from each other. Perhaps the “body in itself” is as much beyond our grasp as the “thing in itself.”

And what if today’s nakedness evokes not so much images of “undressedness” but another nakedness, that of masses of naked bodies? Masses of naked bodies do indeed appear in old paintings, which indicates that the collective dimension was not then alien to the imagination but, more often than not, those were renderings of the tangled bodies of the damned falling into the abyss of hell. In daily life painters did not have much occasion to see many naked human figures and perhaps that is why they shifted such scenes into the hereafter. Large numbers of people were not found even at the baths and, moreover, were of the same sex. Or, if the sexes did mingle, it was only in baths protected against the gaze of intruders. Beaches, swimming pools, concentration camps—that is, places where people voluntarily or by force surrender to the mass —are another matter.

Such places play a double role; as a direct experience or as images from photographs, films, television. Moreover, the distance between “being in the mass” as directly experienced and as information obtained from the media is diminishing, whereas the ability for people to identify with Everyman is on the rise. That word, “Everyman,” refers us back to the medieval morality play, though there it was a question of the adventure of the soul, either saved or damned. Physiological humanity clinging to itself resembles a sort of coral reef. It was not by chance that, when speaking of nakedness and sex, I made reference to the concentration camp: the corpses of prisoners, spread-legged, their private parts exposed to public view, this is what the prisoners were for the camp administrators who assigned them numbers. The sexual myth slowly, gradually standardizes and deprivatizes bodies, changing them into objects whose stock is apparently inexhaustible, no matter what plagues might afflict the species. Unfortunately, the acceptance of the freedom we are magnanimously offered is laced with hatred; this is not an age of jolly pornographers. From Eliot’s Sweeney Agonistes we learn that on South Sea Islands there is nothing but “birth, copulation, and death.” But “birth, copulation, and death” belong to the condition of man in general; they are universal, impersonal, even anti-personal, categories and do not have the consent of the individual, for the individual wants more; he wants to be immortal and unique. Were it otherwise, the Islands of Happiness would not have become symbols of sinister boredom.

The antiutopians of our century (Zamiatin, Huxley, Orwell) depicted societies under total control where the absence of freedom is called freedom. In such societies the rulers take care to supply the ruled with suitable diversions to prevent mental anxiety. Sexual games best fulfill that function. It is a credit to the intuition of the authors of those books that they depict Eros acting as a subversive force, which is no secret to the authorities: sex is antierotic and not only poses no threat, but effectively prevents the appearance of the passions, which draw persons, not bodies, together and engage them both as flesh and spirit. The hero enters upon a dangerous path when he is awakened by love. Only then is the slavery disguised and accepted by everyone revealed to him as slavery.