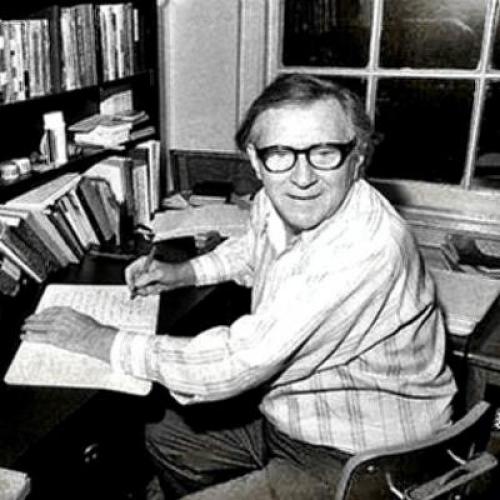 A review of The Jungle by Upton Sinclair.

Upton Sinclair’s The Jungle is his outstanding single achievement. Written in 1905, it remains to this day—despite the fact that the lot of most workers has improved relatively—almost unmatched in America as a condemnation of the basic evils of capitalism. Dedicated “to the workingmen of America,” it is a pamphleteering novel which expresses a passionate and urgent cry for social justice.

The Jungle is historically significant in many ways. On publication, it became a sensation, and it has played a definite role in the creation of pure-food laws; it is a lasting contribution to the struggle of the American worker for social justice and emancipation from wage slavery; it introduced the ideas and aspirations of socialism into the main body of American literature. It was also a service to the entire American consuming public. And it has had real significance in the history of American literature. Although less of an artist than Zola, Sinclair did for American literature what Zola did for French writing with his great book, Germinal.Like Zola, Sinclair introduced the condition of the worker and the voice of public conscience as themes in modern literature. Despite the abuse of conceptions of “social consciousness” in more recent writing, we need always to remember the great significance of new thematic introductions into the body of living literature.

The protagonist of The Jungle is Jurgis Rudkus, a Lithuanian immigrant. The experiences of Jurgis, the observations he makes, the jobs he gets, the things he does and the thoughts and feelings he has are intimately bound up with the great variety of facts Sinclair wished to state—facts concerning the slaughtering and processing of meat, the economic relationships between workers and corporations, the connections between ward politics and business organizations, the moral and physical consequences on workers when they must live on a wage level which hardly permits mere subsistence, and the different types of personalities in the socialist movement in the first years of the present century. Jurgis serves as a major illustration of the case which Sinclair builds against the System—a case that is more interesting than his characters. It can further be observed that the characters possess few distinctive traits; there is relatively little dialogue or individual action. Also, the characters are only occasionally found in relationship with one another in scenes in which there is any personal tension, and only then, when such scenes will further build up Sinclair’s thesis in a literal manner. However, while these features of The Jungle must be mentioned, it would be inept and irrelevant to apply to this book the criteria which we apply in judging novels which deal with private lives. The novel is a most flexible literary form. There is no law or rule of novel writing which demands that a novel either be propagandistic or non-propagandistic. Taken for what it is and what it has meant. The Jungle has already justified itself.

It is significant that The Jungle was written prior to the Russian Revolution of 1905. The spirit of socialism it reflects is reformist. The confidence it expresses in socialist victory is high, and the novel ends with the hopeful prediction that “Chicago will be ours!” This is all decidedly different from the spirit infused in Jack London’s great and prophetic socialist novel, The Iron Heel. It was written in 1909, and it most emphatically suggests that London was influenced by the 1905 Revolution, and that, in fact, he drew the lessons of this event much more clearly than did many of the outstanding theoretical leaders of the Second International. Most prophetically, London punctured reformist illusions and hopes, and amazingly anticipated the development of modern totalitarianism. Whereas The Jungle ends with the prediction of the conquest of Chicago, The Iron Heel treats the same city differently: Chicago here becomes the scene of the most terrible and brutal struggle between the workers and the Iron Heel, a civil war in which the workers suffer a terrifying defeat. At the same time, The Iron Heel is not a book which voices a feeling of defeat. Contrasting these two novels, one can see how the Russian Revolution of 1905 divides them, and how they are works reflecting different stages of the history of socialism and of the way that history was unfolded in America in the early years of the present century. Further, this contrast should help us more precisely to see the historical location of The Jungle as a socialist novel.

My contrast here can be warranted by the introduction which Upton Sinclair has written for this new edition of The Jungle. Speaking of his views when he wrote this book, he states: “The dreadful sequence of world wars and counter-revolutions was mercifully veiled from the foresight of a young idealist.” And then, toward the end of the same introduction, he remarks: “Man-made calamities have taught the author of The Jungle that he had placed far too high an estimate upon the intelligence of the human race and its moral qualities.” Here we must point out that Sinclair supported these two wars and is equivocal concerning Stalin. These remarks can be definitely related back to the contents of The Jungle.

On the one hand, it is a work of exposure which condemns capitalism: on the other, it concludes with youthful idealism and hope in a relatively easy change of the capitalist system. It does not reveal the mechanisms of society and their various psychological consequences with the penetration of, say, Balzac. It exposes the evils that come with the on-working of these mechanisms. It opposes to them ideals of good will, hope and confidence in the moral caliber and intelligence of men. This is concretized in the readiness with which Jurgis becomes a socialist at the end of the novel. But the resistant power of this same system and its ability to grant partial reforms have been shown to be far greater than was expected. The fact that Upton Sinclair did not draw these conclusions in 1905 cannot be made the basis of a criticism of hindsight. For he saw much, much farther than the great majority of his contemporaries. But his present-day remarks and his career to date suggest that his socialist convictions can be placed in the period prior to the 1905 Revolution. And with this, it should be added that his greatest book is the one he wrote in that very period. I think that, so interpreted, we can today welcome a new issue of The Jungle and read it with some means of gauging its lasting significance.