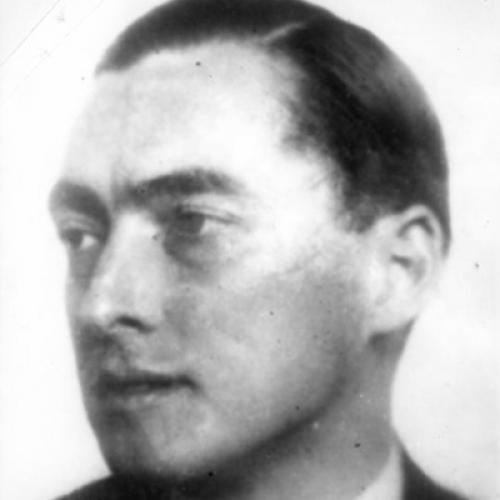 In recent years there has been no lack of gloomy prophets to predict the decay of Europe. They have assured us that the cultural and political dominance of the Western European powers throughout the world is drawing to its close; that the future amphitheatre of the international drama is to be the shores of the Pacific and its actors the nations bordering on it.

The War of course gave a great impetus to arguments of this character, though they were not unfamiliar even prior to 1914. Perhaps best known of all the recent books dealing with the theme of possible decay is Pan-Europe, by Count Richard Coudenhove-Kalergi. Published in 1923, this work, which both warned Europe of impending danger and suggested a way out, had a remarkable success. It was translated into several languages, ran through numerous large editions and became the inspiration for an organized international movement which seeks to put its recommendations into effect. This work has just been published in America (by Alfred A. Knopf) in its original form, with footnotes and an appendix in which are recorded the important alterations in the political landscape since the volume first appeared. It thus affords an opportunity both to see how the world looked to an intelligent and well informed European publicist three years ago, and what differences he sees today.

The essence of the Coudenhove-Kalergi doctrine might be stated as “federate or fall.” The day has passed, he thinks, when a single nation such as France or Germany or Italy can survive either alone or by the aid of a limited number of allies. The world logically consists of five great groups: the British Empire, Pan-America, Mongolia (China and Japan), the federated Russian states and Pan-Europe, the twenty-six countries of Europe excluding Russia. Three of these groups, he says, are already definitely organized. (Some citizens of the United States will be surprised to learn that he regards the Pan-American Union as a most important venture on its own account and as offering a valuable precedent to Europe.) The Mongolian federation may be delayed because of the Sino-Japanese hostility, but these countries can survive for a long time as they are. Not so Europe, whose civilization was weakened by the last war and will be destroyed by the next one, which is inevitable unless active steps are taken to prevent it.

In 1923, Count Coudenhove-Kalergi’s great fear was of a successful German-Russian alliance which would conquer Rumania, Poland and ultimately France. If this were to happen, Germany in turn would be ground beneath the heel of the irresistible Slav. Russia is his black beast: he regards the effort of the Bolshevists to bring about a world revolution as merely that country’s second attempt within a decade to obtain the hegemony of Europe—the World War having been the first! He also sounds a warning against a possible Pan-Slavic movement, in which Russia, Bulgaria and Hungary would combine against the rest of Europe. On the eastern front, he sees danger of a war between Russia and Britain, presumably over India.

Even if the war menace be discounted, Count Coudenhove-Kalergi sees only disaster ahead for the European powers under the existing order. With high tariff walls dividing manufacturers from their markets, agriculture from its consumers, he believes it is impossible to compete successfully with British or American industry. Depreciating currencies, heavy taxation, the burden of armament and difficulties over reparation and war debt payments add further complications. In short, the European population of three hundred million persons is dependent on the efficient functioning of economic machinery which is gravely handicapped by existing conditions.

What does this author propose as an alternative? The creation of a “United States of Europe,” an economic and political entity embracing all the states of the European system except Russia and Great Britain, of which the latter would be closely allied to it. The economic model would be the United States of America, with complete free trade, the easiest movement of people and goods across the state boundary lines and ultimately, a monetary union. The political model would be the Pan-American Union. In the end, however, the plan would go much farther, for it envisages not only a great Court of Arbitration, but a Pan-European Parliament, including a “House of the Peoples” with three hundred members and a “House of the States,” or Senate, with twenty-six members.

The most important political aspect of the plan is the guarantee of security to all the member nations from any sort of attack, thus making possible disarmament. England, in Count Coudenhove-Kalergi’s view, ought not to be a member at present, the British Empire constituting a system by itself. England’s security from attack by Russia or by a combination of Russia and Germany should be guaranteed by the Pan-European federation, however, and if the British Empire should at some future date break up into a series of autonomous states, England would then become eligible for full membership. In the meantime, the author thinks that under treaty arrangements, Pan-Europe might provide colonists to occupy the empty land in the British dominions, thus preventing the danger that these territories will be taken up by yellow or brown invaders.

As for the existing League of Nations, Count Coudenhove-Kalergi praises its theory, but has little use for its reality. At present, he feels, the absence of the United States, Russia and Germany constitutes a fatal defect. Like other observers, he believes the attempt to solve all the world’s problems from one central point is impossibly ambitious, and wants a series of regional Leagues which will be able to wrestle with regional affairs. He thinks Pan-Europe might well serve as one such section of the main League. The latter would then interfere only to settle questions arising between Europe and Pan-America, the British Empire, Russia or Mongolia. Pan-Europe in the meantime would secure to its members

security from an inter-European war; neutralization of Europe in world conflicts; protection against invasion by a Red or White Russia; the possibility of disarmament, and the ability to compete with the American and British industries—in the future also with the Eastern Asiatic and Russian industries.

What is the character of the opposition which such a plan must encounter? The author believes it would be welcomed by capitalists as suiting their present purposes and by socialists as facilitating their ultimate aims. There remain four hostile groups: (1) the national chauvinists; (2) the communists; (3) the militarists, and (4) the protected industries in various states which would foresee ruin as following free trade. It is true, he admits, that the abolition of customs barriers would be injurious to some factories located in districts where they now have only an artificial reason for existence. Some workers would become unemployed, and the readjustment (probably back to agriculture) might be a painful one. But this is only an incidental defect, outweighed by the other great advantages, and particularly when the scheme is viewed as the alternative to the disaster which confronts Europe if she does not federate.

The three years which have elapsed since he published the first edition of his book have, the author feels, brought important progress along the path he pointed out. There are now organizations to forward the Pan-European idea in seven countries; and numerous other societies and individuals have come out in favor of at least an all-European customs union. In October of this year the first Pan-European Congress will be held. It is expected to give a strong impetus to the movement. With the impending entrance of Germany into the League, the danger of a Russo-German anti-European alliance is at least greatly lessened. Finally, it is his opinion that the Locarno treaties constitute an important step in the direction of that general guarantee of security which is an essential feature.

It is easy, of course, to pick flaws in a paper program such as Count Coudenhove-Kalergi has laid out. In particular, his admiration for the Pan-American Union will seem naive to some who know the real attitude of Latin-America toward the benevolences of “the Yankees.” Yet it is impossible to deny that he is right in his diagnosis of the ills of Europe, whether or not his remedy is one which can be applied. The present preliminary disarmament conference which goes down from futility to futility shows clearly that the nations will not disarm until their security is in some other way provided, and that they do not consider that the machinery of the League and its existing supplements offer the necessary degree of safety. No doubt their requirements on that score are excessive, and are exaggerated still more for political purposes; nevertheless they exist, and must be taken into account.

The commercial agreement between France and Germany announced last week would undoubtedly be accepted by Count Coudenhove-Kalergi as an important step toward the ultimate ideal of a Pan-European customs union. It is true, as he says, that modern large scale industry is seriously crippled by regulations which prevent the free flow of raw materials and manufactures across the international frontiers. The Treaties of 1919 greatly accentuated this situation, already sufficiently serious. New boundary lines were created at a time when nationalistic feeling had been inflamed to the most violent degree. The chaotic conditions of the past eight years, from which European industry is only beginning slowly to emerge, are largely the result of the artificial barriers created by politicians in defiance of economic needs. As the balance swings back the other way, we may expect to see an increasing body of opinion among traders in general, and among manufacturers of non-protected articles, supporting the project for a customs union on business grounds.

At the same time it would be idle to underestimate the forces in opposition to Count Coudenhove-Kalergi’s complete program. A real federation of Europe would have bitter and implacable foes. It would probably be regarded by Soviet Russia as a final defensive alliance of Western capitalism. It is the last thing Mussolini, Horthy, de Rivera and Pangalos want. England, if left outside, would be implacably hostile. That element in French politics which seeks for France the hegemony of Europe would oppose the plan as being likely to rob her of the fruits of victory in the War. Some pro-League individuals and parties would be hostile in fear that Pan-Europe would endanger the Geneva organization. However, to say that the creation of Pan-Europe would be difficult is not to say that it would be impossible. Time and necessity both fight for it; and they are powerful allies.

This article appeared in the August 18, 1926, issue of the magazine.