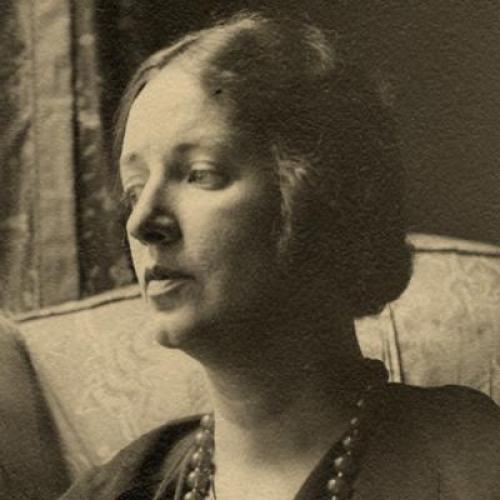 The first comprehensive translation of Rilke’s poetry appears in America after interest in Rilke’s work, on the Continent and in England, has reached a high point. This interest has passed beyond the limits of simple literary appreciation, over into the exegetical criticism given to the prophet and philosopher. Rilke, in France, Italy, England and both pre- and post-Hitler Germany, has been made the center of a cult. His letters have been published fully, and his critics have ranged from enthusiasts who have tried to confer sainthood on him, through scholars bringing weights of learning to bear on the clarification of his thought. An English pamphlet published last year states, after listing twenty-two books and dissertations published in four languages, since 1934, on Rilkean problems: “The examination of representative Rilke publications gives the reader some idea of the multitude, greatness and variety of the problems that surround the poet’s life and work. It will be seen that the tendency to make an absolute religion out of Rilke—at least as absolute a religion as the modern man wants or can stand—is very stubborn indeed.”

M. D. Herder Norton, who has translated Rilke’s prose, in the present volume passes over almost completely references to such problems. She is concerned, and rightly, with the relations between the translator and the poet. Faced with poetry whose subtlety of meaning is combined with great virtuosity in all poetic means, the translator may well hesitate. Rilke worked out of his early reliance on the stock forms and attitudes of late nineteenth-century German-Austrian poetry into work of infinitely wider range. The chief influence which helped him to throw off nostalgia and small lyric forms was his close acquaintance with the strong common sense of Rodin, and his study of the French Symbolist school. Symbolist color, plasticity and suggestion by striking images, when added to his native German tendency toward abstract nouns, adjective and verbs, produced, for a time, an amalgam not entirely harmonious. The history of Rilke’s style—leaving his spiritual development to one side—is the history of the final reconciliation of these two practices. His early abstractions stayed on—the last Sonnets and Elegies are full of them—but they found their place in a style of extraordinary range which could, on the one hand, describe natural objects with great precision and, on the other, evoke states of feeling usually closed to all the arts save music. “Always he seduces to meanings.”

Fully aware of the almost impossible task she has undertaken, Mrs. Norton has tried to solve the problem by giving the poems literally, without regard for their form. She has placed the original German on opposite pages, in the hope that the reader may find the form for himself. This method has much to recommend it; the translator promises to keep in a subordinate place. But it can fail in suggestiveness. Mrs. Norton often fails because she has no working knowledge of the turns proper to verse in all languages. At their worst, her translations are awkward and thin: the properly weighted word is not chosen and the sensitive tradition not made. She must continually, it is true, split up and make a choice between precise meaning and feasible sound, which, in the German, are indissolubly fused in the poet’s word or phrase.

The chief fault that the reader familiar with Rilke’s work will find with Mrs. Norton’s collection is on the ground of herselection. And one need not be a fanatical devotee of the Rilke legend to feel that any presentation of the poet’s work must follow some account of his life. Rilke, like Yeats, lived a poet’s life from youth on. His search was “always for an answer to the question ‘How can we exist in the face of our inadequacies in life, death and love?’” This search, after his early mystical Schwërmerci, was deliberately planned. Critics have been struck by the lack, in Rilke, of “ordinary human (as opposed to an artistic) sense of ethical responsibility.” He avoided close human relationships. He believed firmly in himself as an instrument upon which power greater than himself could play. He spent years of solitude waiting for intimation of power to be given him. This earnestness has been interpreted, by his less friendly commentators, as the feeble drifting of the esthete. But one need only look at his poetry to know how well he knew his vocation. “L’oeuvre d’art... a besoin de temps et de silence,” Rilke once said, and he was speaking from experience.

“The condition of being entirely alone and the condition of being entirely in reference to: this is the tension that runs through Rilke’s life.” Born in an ambiguous fatherland— Prague under the Hapsburgs—in 1875, he underwent a pampered childhood which delayed his development; later, at a military school, he suffered such tortures that his capacity for easy relationships with others was permanently warped. The Rilke of the early poems is “a hopelessly sentimental young man.” After a journey to Russia he married a young sculptress who had known Rodin. He soon detached himself from this marriage, although remaining friendly toward his wife, went to Paris and lived, for a year, as Rodin’s secretary. The atmosphere of the French capital at the time—about 1907—worked profound changes in the poet. He began “to see,” to work regularly, to impose tasks upon himself. Faced with the full horror of the ruthlessness to the individual of the modern city, Rilke did not shrink from the spectacle. The great series of “Dingegedichte,” which make up the two volumes of “Neue Gedichte,” are the first poems in which Rilke “opens up new subjects for poetry” by finding “spiritual equivalents” not only in romantic aspects of nature, but also in the most terrifying modern manifestations of life. The sentimental Weltanschauung dissolved. From this time on Rilke’s work is “based on the conviction that every known form of idealistic romanticism is … unworkable.”

Of these “Neue Gedichte,” which comprise one hundred and seventy-five poems, Mrs. Norton has translated eighteen. From the more immature “Das Buch der Bilder”—where Rilke began to break away from the poem describing “Moi en Avril, en automne, le soir… en presence des jeunes filles, dans l’angoisse, etc.”—she has translated proportionately more. The best volume of selected poems, in German, chosen by the wifeof Rilke’s publisher, includes only seven early poems, in a book of sixty-one selections. And Mrs. Norton has not included any examples of the last lyrics, supremely beautiful and profoundly Rilkean. She gives the “Marien-Leben” complete, without providing Rilke’s previous reworking of Old Testament and Greek myths, so that this cycle does not link up with a solid body of Rilkean reinterpretation, as it should.

But the German stands on the page, and can be examined. Anyone who possesses the inexplicable taste for great verse will recognize what is here, and be grateful for some aid toward further studies. For no matter how the Rilke cult may enlarge, the lover of poetry will agree with E. C. Mason, who says: “The growing tendency to elucidate and systematize the ideas in Rilke’s work … involves the dangerof neglecting its sheer poetic quality, which is, after all, what draws everybody to it.” A poet’s worth does not ultimately depend upon the nature of his “thinking,” but upon the sensitiveness of his nature, the greatness of his heart and powers of endurance, and the beauty of his words.