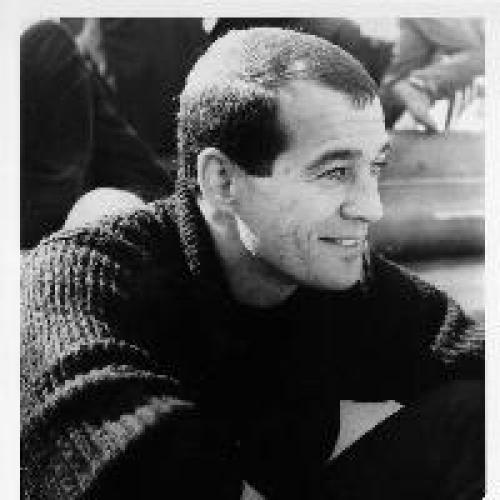 A review of Portnoy’s Complaint by Philip Roth.

Early in Portnoy’s Complaint, the hero discovers that he has an undescended testicle. The image sticks in the mind, because one feels that, as a writer, Philip Roth has had a similar problem. Goodbye, Columbus, which made his reputation, is a talented book by a young man whose voice is still changing. Letting Go impresses one as the work of a promising but temporarily impotent imagination. When She Was Good is absolutely without vital juices—one of those unreadable novels that good writers, through some inexplicable alchemy, occasionally produce.

The book is a kind of Catch-22 of sexuality, and much funnier. More Jewish even than A Mother’s Kisses and To an Early Grave, it is also part of a growing rebellion against the old highbrow or “orthodox” Jewish novel of ideas. In fact, it appears that the orthodox novel is already so done in that Herzog—the ultimate halvah of the Jewish intellectual—may go down in literary history as the last great convulsion of this kind of writing.

Like Einstein, Freud and Salk, Herzog was a prodigy of humaneness, the quality that has always been the pride and strength of the Jew. But like a statue in a public park, the Jew in literature is a prey to the climate. The climate now is sexy: Portnoy, then, is a sexual prodigy, a real (matzoh) ballsy guy. Like the homosexual and Negro, the Jew seems finally to have emancipated himself. After centuries of sublimation, he’s exposing himself in Brentano’s window. He has discovered his id, and if you think the Jewish super-ego was formidable, just wait.

Portnoy’s problem is that he has a mother. As any casual reader of contemporary fiction knows, only Jewish writers have mothers. It may even be the same one. At any rate, she fills Portnoy with doubts about himself; to counteract these doubts, he masturbates continually, as if to say “I feel: therefore I am.” When he is old enough to attempt girls, he can only invest this one part of himself in them. They are merely images or engines for his pleasure or reassurance.

Although there may have been others, we are told only about the Gentile girls, those who are not kosher, but Pure Food and Drug Act products. Portnoy tries to circumvent his history by climbing out of his mother’s lap into Kay Campbell’s or Sarah Abbott Maulsby’s. His shikse mistresses divide into two types: those in whose mouth neither butter nor Portnoy will melt, and The Monkey, an ex-model who has been so jewed down in her personality by the author that she is all sex. But—poor Portnoy!—he can no more forgive The Monkey’s 1969 ways of exciting him than the others’ failures.

Some of Portnoy’s sexual ups and downs are amusing enough to guarantee them a place in our folklore. Bubbles Gerardi, a Neanderthal nymphomaniac, almost turns what was to be his deflowering into an uprooting. Kay Campbell, a big butter churn of a girl, takes him home for Thanksgiving, and there, in the Midwest, he is introduced to the ineffable element in American life, and comes to understand the metaphysics, you might say, of complacency. Sarah Abbot Maulsby, the pilgrim, is Portnoy’s wet dream of conspicuous consumption, but when he actually gets her into his bed, he finds it a pretty cut-and-dried business. The Monkey, who lasts longer than the others, is an oxymoron: a sexy shikse. She pays for it by being an ordinary moron too, as she leads Portnoy down the garden path of his pathology.

There are two Jewish girls in the book, and these are notoriously less successful creations, either because they’re too close to home, or because Jewish girls are inherently less absurd, when you turn them upside down, than shikses. Portnoy meets these soul sisters when he abandons the marriage-bent Monkey in Greece and flees to Israel.

Yes, unfortunately, that’s the symbol Roth has chosen to impose on Portnoy’s search for self-through-sex. In an ending that is not an epiphany, but a punch line, Portnoy is impotent in Israel. He can’t rise to Jewish girls. Nu, what else is new?

Though the novel is a triumph for Roth—he has thrown his yarmulke in the air and let go as he had promised in his second book—it may be something less for readers who feel they’ve been here before, who’ve been told these stories, with slight variations for better or worse, in midtown bars. Others may hear in Portnoy’s Complaint the boastful whine of a patient raking over the ashes of his analysis. And, in fact, this is the scheme of the book.

The device is very congenial to Roth, and he moves easily in it. There’s a feeling of spontaneous combustion through all but the end of the book; you can tell that the author is riding a hot streak. His ear is just about perfect and his invention hardly ever seems—as it all too often does in the new Jewish novel—merely manic.

Talking to someone—even though the analyst is a rather unconvincing presence—allows Roth to achieve all the me-to-you immediacy, all the rhetorical effects, of direct address. But it is limiting too, because it narrows the possibilities to only those things Portnoy would say. The rhetoric is all oral. And it inevitably tends toward Jewish writing of the familiar sort, depending on exclamations, hyperboles and italics, and eliminating, except for a few short passages, any other kind of modulation.

Though the satire in Portnoy’s Complaint is generally first-rate, the book hardly ever rises to irony. Irony requires dimension, the possibility of grandeur, and what we have here is a series of caricatures. Father, mother, sister, mistresses—even Portnoy himself—each has one act, one shtik. Mother is a stature of illiberty; father a constipated nebbish; sister a fat, graceless non-shikse; each other the mistresses merely one of the main currents in American thought. And Portnoy is not so much a human being as a monomaniacal hangup.

Everything is as oversimplified as a comic strip.  This is not the tickle of catastrophe or Santayana’s “golden laughter”—it’s closer to the brassy stand-up comic kind. And the comparison is not flattering, because the Jewish comic has so far anticipated the Jewish writer that when he turns out a funny novel, much of it seems dated. We feel a sense of deja-vu, for Sid Caesar, Lenny Bruce, Mort Sahl, Nichols and May—to name just a few—were working Portnoy’s territory more than ten years ago. This is especially true of the family scenes; in the sexual passages, Roth has the advantage over the comics in being less censored than they are—or were.

In spite of these reservations, Portnoy is sure to be regarded as a kind of literary Second Coming. Halfway between Oy! and Wow! it proves that the Jew is just as good a jerk, just as magnificently and mysteriously irrational,as any goy. In fact, it may well earn immortality on even another ground: that it is the first novel to be written by a Jew who was voted one of the hundred best-dressed men in the world.

Grateful readers, when they can stop laughing, will cry Sholom! But there may also be a few cranks here and there who will say to Roth, like the analyst in the last line of the book, “Now vee may perhaps to begin.”