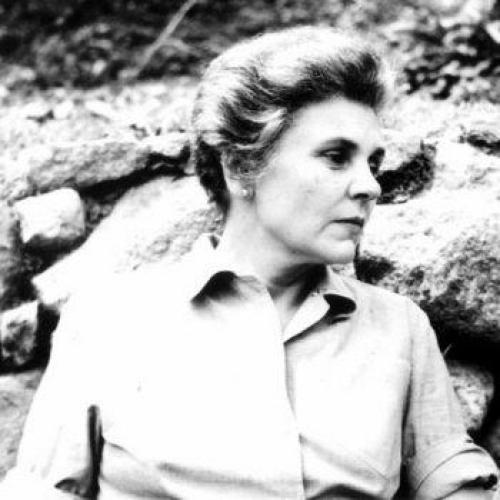 A review of The Riddle of Emily Dickinson, by Rebecca Patterson

Why do so many books of literary detective-work, even when they are better authenticated, better written and more useful in their conclusions than Mrs. Patterson’s, seem finally just unpleasant. Perhaps it is because, in order to reach a single reason for anything as singular and yet manifold as literary creation, it is necessary to limit the human personality’s capacity for growth and redirection to the point of mutilation. It could not very well be a pleasant process to observe.

For 400 pages Mrs. Patterson tracks down the until now unknown person (she believes it to have been a person, not persons) for whom Emily Dickinson is supposed to have cherished a hopeless passion and to whom she is supposed to have written every one of her love poems. This person Mrs. Patterson proves, to her own satisfaction at least, to have been another woman, a Mrs. Kate Anthon (to use her second married name), a school friend of Emily Dickinson’s sister-in-law, Susan. She came to visit Susan Dickinson, next door to Emily Dickinson, in Amherst in 1859; she was then a widow who preferred to go by her maiden name of Kate Scott. The two young women met and fell in love; about a year later Kate Scott broke it off in some way, and Emily Dickinson had been christened and launched on her life of increasing sorrow and seclusion. It was all as simple as that.

That her thesis is partially true might have occurred to any reader of Emily Dickinson’s poetry—occurred on one page to be contradicted on the next, that is—but even so, why is it necessary for us to learn every detail of Kate Scott’s subsequent life for 57 years after she dealt Emily Dickinson this supposedly deadly blow? It is interesting enough to read: she was an attractive, generous woman who traveled a great deal, a devoted wife as well as an effusively affectionate friend, but none of this seems to have much to do with “the riddle of Emily Dickinson.” Perhaps Mrs. Patterson is trying at such length to establish the fact that Mrs. Anthon was capable of the relationship the author attributes to her—which again doesn’t seem to prove much, considering the lengths of the lives of both women, the enormous emotional vitality both obviously had, and the number and variety of people in Kate Scott’s life, and even, although of course to a smaller degree, in Emily Dickinson’s.

According to the book jacket, Mrs. Patterson has long been an admirer of Emily Dickinson’s poetry. In the avidity of her search for “proof” she appears to have mislaid it, as well as a few more considerations: the possibility that a poet may write from sources other than autobiographical, the perfectly real enjoyment in living expressed in many of the poems, the satisfaction that Emily Dickinson must have felt in her work, no matter what, and, quite simply, the more demonstrative manners of another period. When the poems are quoted they are used or misused merely as bits of “evidence,” and poor Mrs. Anthon’s exuberant underlinings in the books of poetry she carried with her are subjected to the same treatment.

These 400 pages are still many sizes too small for Emily Dickinson’s work. Whether one likes her poetry or not, whether it wrings one’s heart or sets one’s teeth on edge, nevertheless it exists, and in a world far removed from the defenseless people and events described in this infuriating book.