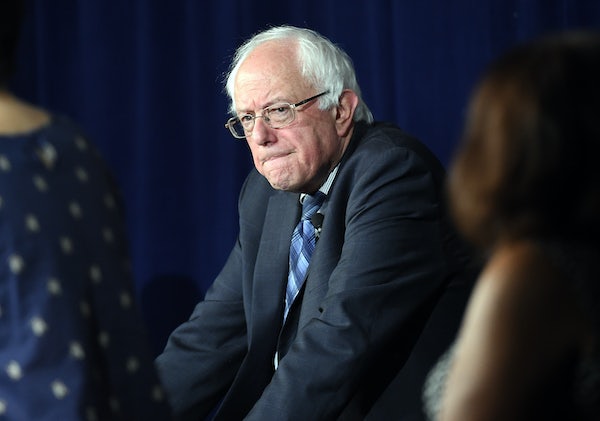 Watch how Democrats modify their answers on the "biggest security threat."

We could hear a very different take on this question, given the attacks in Paris on Friday night. In the first Democratic debate, CNN’s Anderson Cooper gave candidates 30 seconds to answer the question, “Who or what is the greatest national security threat to the United States?” Bernie Sanders made a point of mentioning climate change, while Martin O’Malley and Hillary Clinton both emphasized the Middle East:

O’MALLEY: I believe that nuclear Iran remains the biggest threat, along with the threat of ISIL; climate change, of course, makes cascading threats even more (inaudible).

CLINTON: I — I think it has to be continued threat from the spread of nuclear weapons, nuclear material that can fall into the wrong hands. I know the terrorists are constantly seeking it, and that’s why we have to stay vigilant, but also united around the world to prevent that.

SANDERS: The scientific community is telling us that if we do not address the global crisis of climate change, transform our energy system away from fossil fuel to sustainable energy, the planet that we’re going to be leaving our kids and our grandchildren may well not be habitable. That is a major crisis.

Climate change is no less of a crisis on Saturday than it was in the last debate. But it’s a slow-burning kind—the breadth of its impacts are hard to trace—and would sound off-key without Sanders discussing the threat that’s on everybody’s minds tonight.