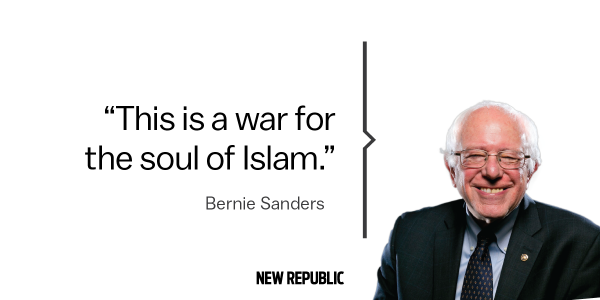 As the Democratic candidates discussed foreign policy during the first half-hour of tonight’s debate, they were careful to indicate that the conflict is not a religious war, but a war on extremism. ISIS, Martin O’Malley said, “is perverting the name of a great world religion.” Hillary Clinton, meanwhile, when asked if we are at war with “radical Islam” responded by saying “I don’t think we’re at war with Islam… I think we’re at war with jihadists.” (It’s worth pointing out that Clinton has repeatedly—and I mean repeatedly—used the word “jihadists” in tonight’s debate.)

The Republican presidential candidates aren’t happy about that.

Expect this to be a major (and tiresome) Republican talking point in the days to come.