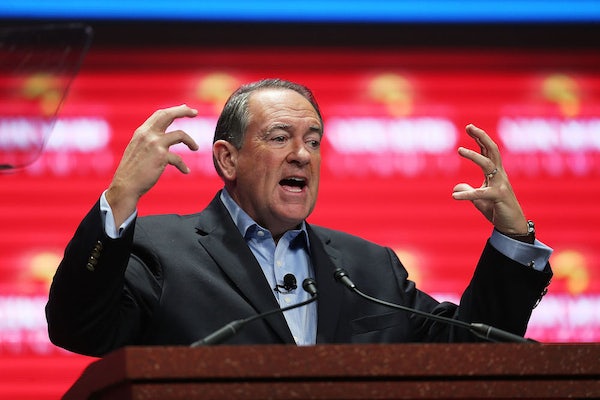 Like his fellow Republicans, Huckabee doesn’t want the United States to let in any Syrian refugees, because (a) they are mostly terrorists, and (b) he is concerned they might need heavy winter coats. On Fox News Radio this Saturday, he explained to host John Gibson why bringing in Middle Eastern refugees is a bad idea:

“And if you think about it, we would be bringing people in who lived in the desert their entire lives, and they would be completely disrupted, not only in terms of their culture, their language, their religion, my gosh even in terms of their climate. Can you imagine bringing in a bunch of Syrian refugees who’ve lived in the desert their whole lives that are suddenly thrown into an English speaking community? Where it’s maybe in Minnesota where it is 20 degrees below zero? I mean just I don’t understand what we possibly can be thinking.”

His concern for their welfare is touching, but Huck might be interested to learn that Minnesota—one of the most popular U.S. destinations for international refugees, largely because of the humanitarian NGOs based there—already houses tens of thousands of refugees, many from Somalia, Southeast Asia, or Iraq. Presumably they were able to manage the transition from warmer climates.