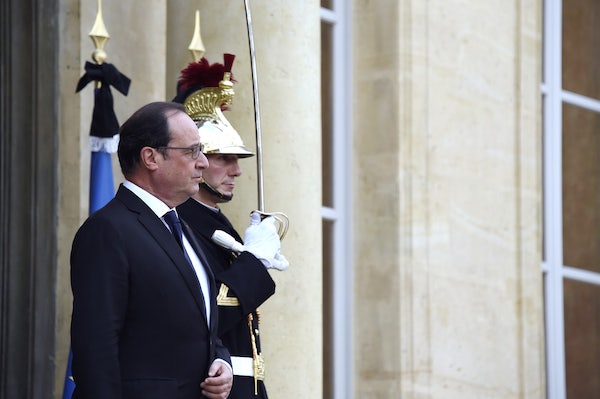 In the wake of the attacks on Friday, the temptation appears to be too great. President Francois Hollande has called on parliament to pass constitutional amendments to give the security state more power to go after suspected terrorists. From The New York Times:

Mr. Hollande called for quick action by Parliament on new legislation that would give the government more flexibility to conduct police raids without a warrant and place people under house arrest. He said he would seek court advice on broader surveillance powers. And he called for amendments that would enable the state to take exceptional security measures without having to resort to the most drastic options currently in the Constitution.

France is already in the midst of implementing beefed-up security and surveillance measures that were enacted in the wake of the Charlie Hebdo attacks in January. As The Guardian reports, counterterrorism forces have been able to foil at least six plots since then. But there is also strong suspicion that such measures are ultimately ineffective in the face of an amorphous, determined enemy.

As President Obama observed yesterday, “If you have a handful of people who don’t mind dying, they can kill a lot of people.”