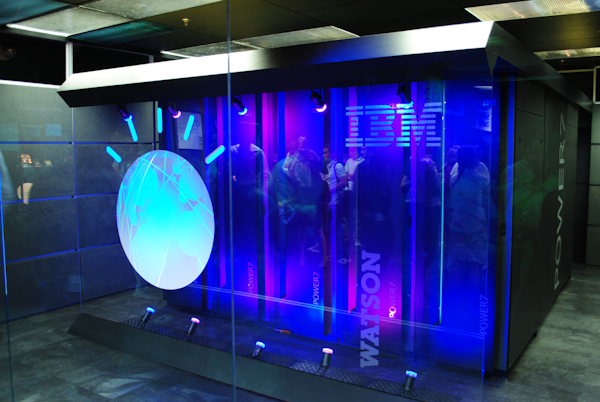 America’s most powerful supercomputer has finally been harnessed to sell us things.

Watson, our nation’s favorite game show contestant, has been living off its Jeopardy! earnings on the couch in IBM’s basement for years now. Get a job, Watson!

Watson has gotten in shape recently, slimming down from the size of a bedroom to the size of several pizza boxes, the delivery of which is also a job Watson could get if it just called its friend Brian from high school, who seems to spend most of his time in the 7-11 parking lot by the train tracks.

After checking in with a few stores about seasonal jobs at the local mall, it seemed that having knowledge beyond all human understanding, but only a rudimentary physical presence, would not help Watson in the gift-wrapping department. Instead, IBM has put Watson to work at a job that Santa is no longer up to speed with: choosing holiday gifts for children who can be marketed to. A product strategist at IBM explained to Fast Company:

We have this great Watson service at IBM that understands natural language. We then decided to harness the power of collective conversation, of understanding what people like and dislike, and to bring the collective wisdom of millions of people to individual shoppers using Watson’s cognitive power.

Watson’s cognitive power, which is able to process approximately 80 trillion floating point operations per second, currently suggests you may enjoy a Nikon D-SLR.