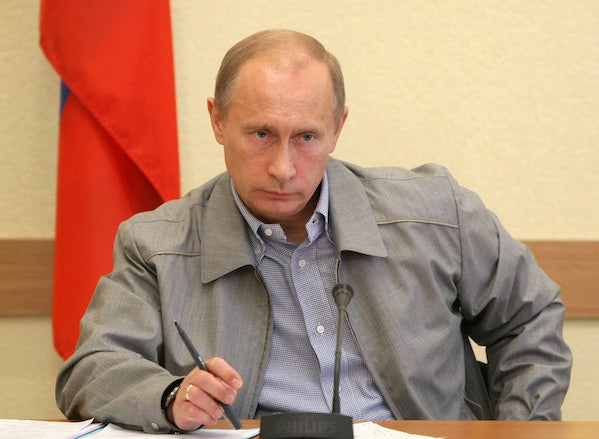 Putin: "The loss we suffered today came from a stab in the back delivered by accomplices of the terrorists."

The Russian president lashed out at Turkey after a Russian jet was shot down by Turkish forces on the country’s Syrian border, saying that it was “obvious” that the plane did not pose a threat to the country’s sovereignty and that Russo-Turkish relations would suffer as a result. Putin also indicated that Russia was not pleased that Turkey contacted NATO before Russia after shooting down the jet. According to Mashable, “Putin went so far as to suggest that Turkey may have downed the plane to protect an illicit oil trade with ISIS, and that the incident was evidence of NATO aiding ISIS in Syria.”

Reuters is reporting that both Russian pilots are dead, with a group of Syrian Turkmen claiming to have shot them out of the air. “Both of the pilots were retrieved dead,” said a deputy commander of a brigade of Turkmen fighting Bashar al-Assad’s regime. “Our comrades opened fire into the air and they died in the air.” According to the Guardian, tensions between Russia and Turkey have been building over the bombing of “ethnic Turkmen close to the Turkish border. Turkey has repeatedly expressed concern over the attacks on the Turkmens, a Sunni Muslim minority whom many Turks regard as their kith and kin. Like the Ankara government, the Turkmens oppose Assad’s Alawite regime.”